Argentina Demands Justice From the IMF

But who will provide it? 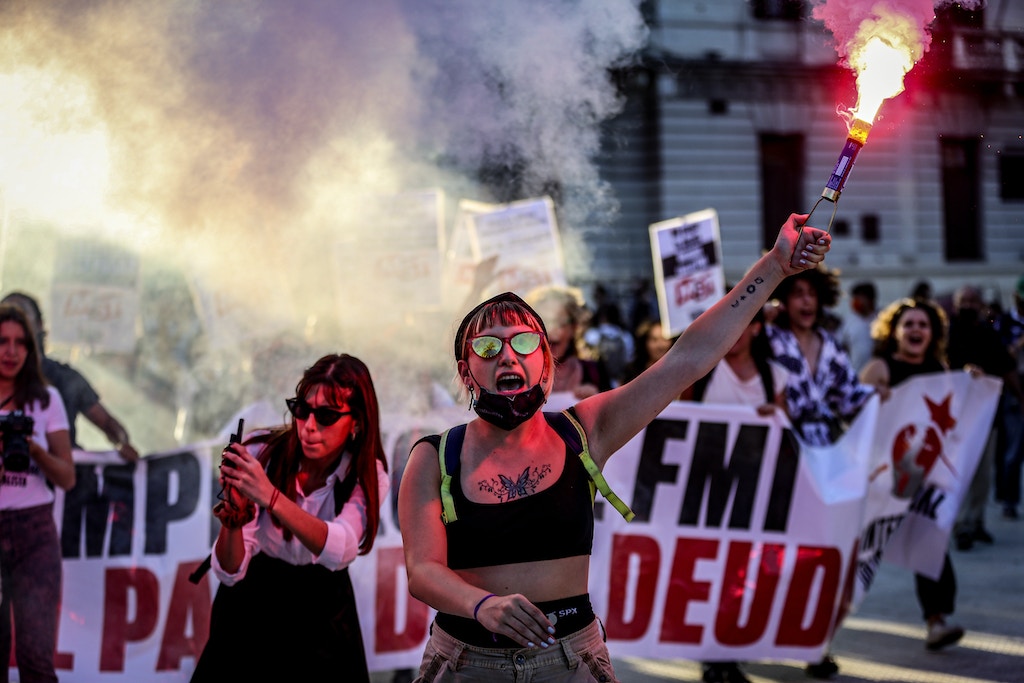 Thousands take part in a protest against the Argentine government’s agreement with the International Monetary Fund in Buenos Aires, Argentina, on Feb. 8, 2022.

Over the past two months, thousands of people have taken to the streets of my country, Argentina, expressing outrage over a record-breaking loan from the International Monetary Fund that threatens to plunge us into a perpetual debt crisis. The IMF granted us the loan in 2018, and our Congress resumed deliberations over its repayment Thursday. But the financial body has inflicted misery on my people for decades.

The IMF’s engagement with Argentina follows a now-familiar pattern: The fund’s loans are accompanied by demands to cut public services, pay, and entitlements and sell off the public realm. The wealth of the few must be protected, the technocrats and loan managers seem to say, from the demands of the many. The results are now tragically familiar too: Inequality, poverty, and insecurity soar.

You’d think that we’d have learned our lesson, yet in 2018 the IMF granted the largest loan in its history to Argentina — $56.3 billion — locking us into years of austerity and privatization policies while shackling our country to an infeasible debt repayment schedule. This is why next month Progressive International will convene economists, lawyers, and expert witnesses to hold an inquiry into the IMF. The probe will review cases of IMF illegality, impunity, and disregard for human rights that stretch across decades and continents and will demand compliance and accountability from the fund.

The timing of the IMF’s 2018 agreement with Argentina, completed the year before a presidential election, was no accident. The details were hidden from the public and those of us in Congress tasked with providing oversight. Our finance minister, Martin Guzmán, has claimed that the U.S. representative on the IMF board at the time admitted that the intention was for the loan to sway the election in favor of right-wing incumbent Mauricio Macri, an ally of then-U.S. President Donald Trump. The IMF’s bet on Macri’s reelection gave it action both ways. The fund’s likely preferred candidate lost, but the winner, Alberto Fernández, was stuck with the loser’s loan — and a $20 billion repayment scheduled for 2022. His government has been weighed down by the burden of billions in repayments in the middle of a pandemic while stuck in negotiations with the IMF to agree on repayment terms.

Meanwhile, we looked on as the loan allowed the wealthy to take their money out of the country. Undeterred, the IMF continued disbursing each installment of the loan, financing capital flight and leaving the people of my country to suffer the consequences.

Many of us began to investigate the legality of this loan. Now we have the proof: In December 2021, the IMF published an explosive internal review of its 2018 loan agreement with Argentina. The report admitted to systematic failures in the design and delivery of the loan. It not only violated our laws here in Argentina, but many claim that it also violated the IMF’s own bylaws. Despite repeated warnings from staff, the IMF failed to comply with its duty of due diligence in the provision of the largest loan in its history.

The evidence is now clear, but there is seemingly no established mechanism of accountability for justice to be served — a painful reminder of the level of impunity in which the IMF operates. Yet my country’s story isn’t unique. Our neighbor Ecuador negotiated a loan with the fund in 2020 that forced the sacking of thousands of public health workers and the privatization of its central bank, resulting in severe recession and increases in poverty. The people of Greece, Pakistan, Kenya, and many other countries have suffered in similar ways.

It’s time to change the story. The IMF must be held to account, and there must be consequences for the lasting damage it has caused to the people in countries like my own. But who will provide the justice that we so desperately and determinedly seek?

There is a route to justice available that we should seize on: Move the International Court of Justice to investigate the IMF for illegitimate lending. The Progressive International inquiry is a first step toward building evidence for a case against the IMF and ending its impunity once and for all.

It is evident that the IMF is responsible for endorsing the process of capital flight that followed the granting of its loan to my country. It clearly operated in breach of its own bylaws and articles of agreement in what appears to have been a brazen attempt to pursue the agenda of its largest contributor, the United States government, at the expense of a country in deep financial distress. The IMF has an obligation to repair the damage caused to our people when it granted this loan. We must pursue justice for this tragedy that our communities were forced to endure and seek reparations.

In Argentina, we have seen history repeat itself time and again, as the IMF continues to operate with impunity, instilling its form of financial colonialism without ever being held to account for the damage it leaves in its wake. By taking this case to the International Court of Justice, Argentina can reclaim its sovereignty and show that the IMF is not beyond the reach of international justice — and pave the way for other countries to follow suit. 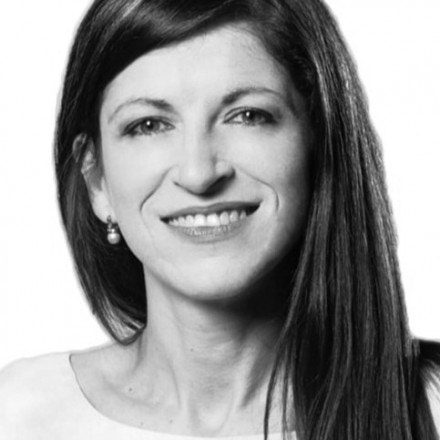