In “The Territory,” documentarian Alex Pritz chronicles Indigenous Brazilians’ fight to save their home in the Amazon rainforest. 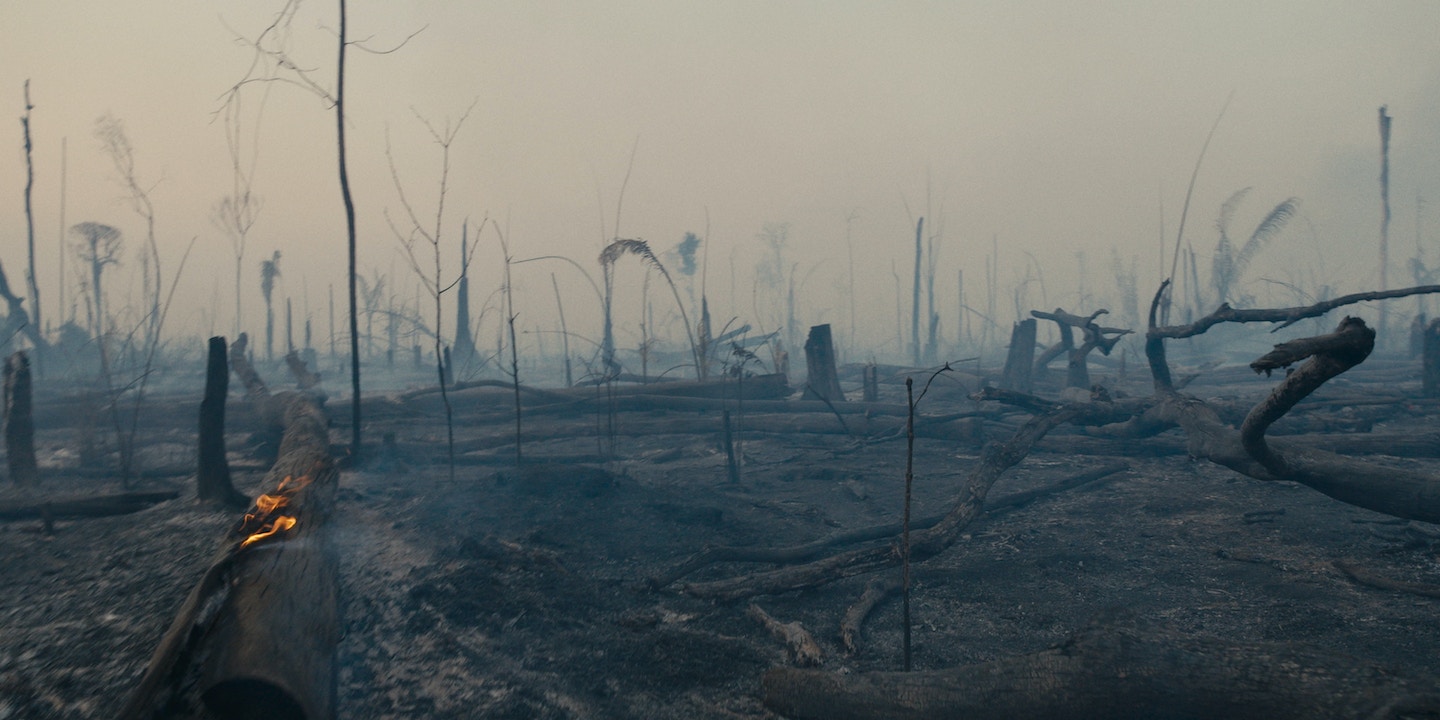 A solitary man wades through lush tropical rainforest as a rich chorus of birds and insects chirp all around him. Then: a chainsaw, a tree crashes down, and a barren expanse with dozens of cattle corralled tightly together. The opening frames of “The Territory,” a new documentary from director Alex Pritz, lay out the two clashing visions for the future of Amazon rainforest without using any words at all.

“The only thing that’s saving our planet is our rainforest,” says Bitaté, a young member of the Uru-Eu-Wau-Wau Indigenous people, in the film. “I believe the Amazon is the heart not just of Brazil, but the whole world.”

“The Territory,” which is showing in select U.S. and Canadian cities, chronicles the perilous efforts of Uru-Eu-Wau-Wau like Bitaté to defend their ancestral home as white settlers seek to illegally slash and burn the forest and turn it into pasturelands. The forest is officially protected by the Brazilian government, but Pritz shows how far-right President Jair Bolsonaro and the Brazilian state’s hostility toward Indigenous people emboldens the land thieves.

The film is very timely. Brazil is gearing up for highly polarized presidential elections in October. And, with the climate emergency exploding across the globe, environmental and Indigenous concerns remain in the spotlight, particularly following the brutal assassinations of British journalist Dom Phillips and Brazilian Indigenous expert Bruno Pereira in the Amazon in June.

Cattle ranching is the leading cause of Amazon deforestation, which has increased at a dramatic rate in recent years, much of it illegal. So much of the rainforest has already been cut down that scientists believe we are on the verge of an irreversible tipping point. The Amazon also serves as an essential carbon sink in the fight against climate change and generates the rainfall that supports almost all life on the South American continent. Ranching, as well as mining, logging, and factory farming — embraced by politicians and bankers as agents of “economic progress” — are driving us ever closer to an environmental (and socioeconomic) catastrophe.

“The Territory” was shot on the front lines of an active war zone almost 500 years after the conflict began, following the arrival of the first Europeans in search of gold. No nuclear weapons are involved, but the conflict has the potential to dramatically alter the course of life on Earth.

Pritz and his team spent three years on the southern edge of Brazil’s Amazon rainforest, beginning in 2018, just as Bolsonaro, in the name of economic development, was campaigning on promises to roll back Indigenous rights and empower miners, loggers, and ranchers. The land grabbers of the Amazon saw the opportunity.

“This is how Brazil was created,” a settler named Martins tells the camera in Uru-Eu-Wau-Wau territory, his arms speckled with wood chips from the once towering tree he had just felled.

Modern Brazil, like the rest of the Americas, was built on the genocide of Indigenous people and the forced expropriation of their lands — programs conducted by enterprising settlers, the government, and large infusions of international capital. Martins is among the poor, dispossessed, landless peasants in the film, but their like is backed and financed by powerful interests that the camera does not capture.

The colonial process has been such a successful endeavor that the Uru-Eu-Wau-Wau have been decimated — less than 200 of them remain.

“People say they’re there, but nobody’s ever seen them,” said one aspiring settler, hoping to dismiss the property claims of the Uru-Eu-Wau-Wau and other Indigenous people who live on the reserve. Cribbing from apologists for colonialism quoted in history books, Sergio, a settler leader, tells the camera, “The Uru-Eu-Wau-Wau, they don’t farm or create anything. They just live there.”

The settlers employ sometimes paradoxical rhetoric to justify their actions: patriotism, progress, fairness, the perception that the Indigenous do not make good use of their land, and even doubts that they really even exist — all infused with Christian values and heavy-handed claims to divine right.

“If there is a villain, it’s the people behind Sergio and Martins that are financing this, the people that are really benefiting from having these poor disenfranchised farmers remain with the idea that it is Indigenous people who are holding them back,” Pritz, the director, told The Intercept. “In America, same as in Brazil, it’s advantageous for the political class to keep disenfranchised people fighting amongst themselves because it keeps the heat off them.”

The Uru-Eu-Wau-Wau in the film are more direct and concise in their analysis than the settlers. “They just want money,” one unnamed elder tells a gathering of leaders. “That’s all it is.” Photos: Top/Right: An invader rides his motorcycle through the rainforest fire blaze. Bottom/Left: A cattle feed lot in southern RondÙnia, where beef production accounts for the majority of deforestation. This area was once all rainforest.Photos: Alex Pritz/Amazon Land Documentary

Hope in the face of overwhelming odds is the Uru-Eu-Wau-Wau’s strategy. Fears of the complete extermination of their people — genocide — are on the lips of multiple Uru-Eu-Wau-Wau in the film. They are angry but also cognizant that they are outgunned. Rather than use the warfare tactics of their ancestors, we accompany their surveillance teams, armed with bows and arrows, drones, cameras, and GPS trackers, to document and report invasions to authorities with the help of environmentalist allies.

This is one of the contradictions that the film reveals: The Indigenous, derided as backwards by their enemies, employ modern technology and sophisticated public relations to promote a vision for the future that is increasingly the only hope for survival. Meanwhile, the supposed agents of socioeconomic progress use antiquated ideologies and outright criminality to destroy Brazil’s most precious resource.

Indigenous groups are also testing their luck in courts. The patrols, meanwhile, take matters into their own hands and snuff out incipient invasions whenever they judge it safe enough to do so.

Invasions into Indigenous territories are up 180 percent under Bolsonaro, according to a new study by the Missionary Council for Indigenous Peoples. The land raiders’ bonanza has proved dangerous to the Indigenous and their defenders, who live under constant threat from ruthless enemies.

Phillips and Pereira, the journalist and Indigenous expert, respectively, were assassinated about 500 miles to the northwest while working with a similar surveillance project being implemented in the Javarí Valley, a sprawling Indigenous reserve on the border with Colombia and Peru. The accused murderers were illegal fishermen with alleged ties to politicians and international drug smuggling networks.

Prior to the killing, the Indigenous patrol group had repeatedly denounced the activities of this gang to authorities with documented evidence, but nothing came of it. Human rights organizations complain that the police have been hesitant to investigate who is really behind the killers. 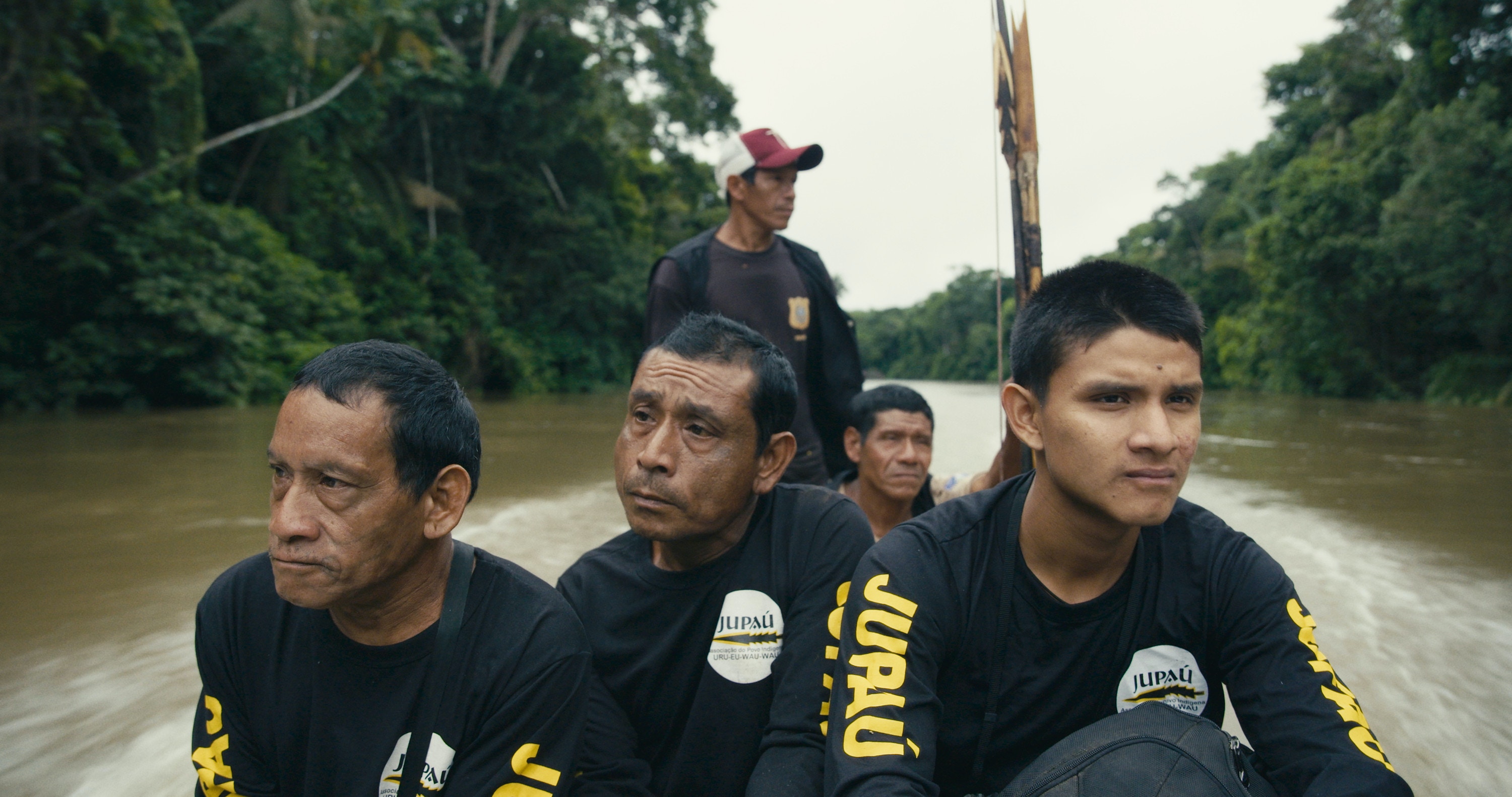 Phillips, who was writing a book called “How to Save the Amazon,” strongly believed that most of the people committing environmental crimes on the ground are also victims of a system designed to make unsustainable development their only viable economic option. In addition to empowering Indigenous movements, he argued, any solution must include more sustainable alternatives for those working in the extractive and land-grabbing industries — the very sort of people that assassinated Phillips.

None of this is likely to happen under the current government. Recent polling suggests that leftist former President Luiz Inácio Lula da Silva continues to lead nationwide, but Bolsonaro and aligned anti-Indigenous and anti-environment politicians have the upper hand in the Amazon region in this October’s elections.

All hope is not lost, though: Eighty-one percent of Brazilians believe that protecting the Amazon should be a priority of the next president, and two-thirds nationally, and in the North specifically, believe the Bolsonaro administration is not actively combating crimes such as land grabbing, drug trafficking, and illegal logging in the region, according to another recent poll.

“The government isn’t doing their job. That’s our reality — they’re not. And now we’re doing their work for them.”

It seems contradictory that polls show that people in Brazil’s north both support Bolsonaro and want more done to protect the Amazon, but the responses are indicative of the complexity of the issues at hand.

The realities are that policies of death and destruction are subsidized by the government and bankrolled by faraway investors, while criminality is not held accountable. Options for Brazilians are limited.

It is easy to imagine that if alternative, sustainable economic models were incentivized, a different electoral reality would exist. “In another world,” said Pritz, “Sergio could be an advocate for agrarian reform and some of these other leftist movements.” Instead, social programs, law enforcement, and sustainable development have been whittled away and most Brazilians are feeling increasingly desperate.

“The government isn’t doing their job,” Bitaté says in “The Territory.” “That’s our reality — they’re not. And now we’re doing their work for them.” The young Uru-Eu-Wau-Wau leader spoke as he was trekking through the forest in search of invaders. The words, though, could just as easily have come from the mouth of Martins as he chainsawed the path for a new road into the reserve that he hoped will one day be built — the only path he can imagine to escaping poverty.