The Biden administration laid out its plans to rev up work on completing Donald Trump’s signature project. 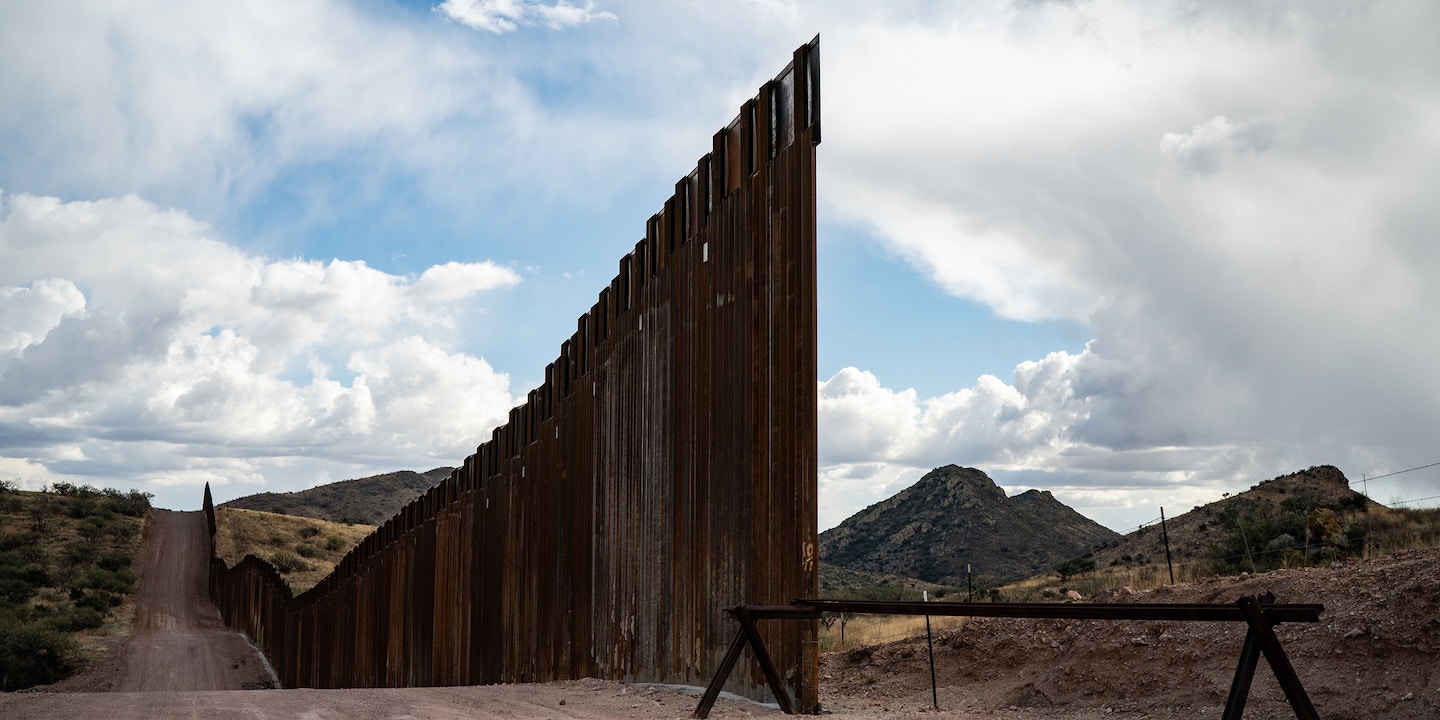 Myles Traphagen didn’t need a government presentation to tell him that border wall construction was kicking back up. He saw everything he needed on a recent visit to the Buenos Aires National Wildlife Refuge and the Coronado National Forest, near the town of Sasabe in southern Arizona.

As the borderlands coordinator for the Wildlands Network, Traphagen had visited the area many times before. It was among the sites he examined in an extensive report published in July documenting the environmental impact of the border wall expansion under President Donald Trump — President Joe Biden paused the construction shortly after his inauguration.

“It’s feeling like it felt during border wall construction with Trump.”

Traphagen spotted a new staging area and water holding tanks under construction. Fixed to the wall were new signs citing an Arizona trespassing law. A security guard at the scene told him construction was resuming. Later, a Border Patrol agent ordered him to leave the area.

“It’s feeling like it felt during border wall construction with Trump,” Traphagen told The Intercept. “I hadn’t felt that on the border in a year and a half, and now it’s like, oh, shit, here we go again.”

Six days after Traphagen’s visit, U.S. Customs and Border Protection confirmed that work on the border wall that began under Trump is revving back up under Biden. In an online presentation Wednesday, CBP — the largest division of the Department of Homeland Security and home to the Border Patrol — detailed plans to address environmental damage brought on by the former president’s signature campaign promise and confirmed that the wall will remain a permanent fixture of the Southwest for generations to come.

The resumed operations will range from repairing gates and roads to filling gaps in the wall that were left following the pause on construction that Biden initiated in January 2021. The wall’s environmental harms have been particularly acute in southern Arizona, where CBP used explosives to blast through large swaths of protected land — including sacred Native American burial grounds and one-of-a-kind wildlife habitats — in service of Trump’s most expansive border wall extensions.

Starting next month, contractors will return to the Sonoran Desert in Arizona to resume work on the wall, senior CBP officials said in a public webinar. In the months since Biden’s pause began, DHS Secretary Alejandro Mayorkas approved several so-called remediation projects related to the border wall. The first plan that CBP presented for public comment was in the Tucson sector, the Border Patrol’s largest area of operations and site of Trump’s most dramatic and controversial border wall construction.

In early 2020, the press was invited to watch as Border Patrol and Department of Defense officials blew apart chunks of the Organ Pipe Cactus National Monument, south of Tucson, to make way for Trump’s wall. The display followed months of protests, as the administration tapped into a rare desert aquifer that feeds Quitobaquito Springs, an oasis that the Hia-Ced O’odham people have held sacred for thousands of years.

Two Hia-Ced O’odham women were later arrested, strip-searched, and held incommunicado after praying and protesting at the construction site. Earlier this year, one of the two women, Amber Ortega, was found not guilty of the charges after a federal judge ruled that the prosecution violated her rights under the Religious Freedom Restoration Act.

The controversial work, which included construction on federally designated wilderness, was permitted under the Real ID Act. Created in the wake of the September 11 attacks, the act grants DHS the authority to waive any law, including bedrock statutes meant to safeguard the environment and areas of cultural significance, to build border barriers in the name of national security.

When CBP collected public comment on its proposed plans earlier this year, the vast majority were focused on Arizona, with most addressing the wall’s impact on wildlife migration and its exacerbation of flooding dangers. “Many comments specifically noted impacts to the Mexican gray wolf, jaguar, Sonoran Desert pronghorn, bighorn sheep, ocelot, javelina, mountain lion, bear, and other wildlife,” CBP noted in a summary report on its Tucson Sector feedback. “Some commenters suggested removing barrier and leaving flood gates open to address potential impacts.”

In the plans laid out last week, CBP said it would finish drainages and low-water crossings in southern Arizona and in some cases reengineer border wall designs to allow for water flow. Two contracts have already been awarded for work in the state, the agency said, adding that the work in Arizona would include filling “small gaps” in the border wall that remained following Biden’s pause. CBP described similar operations along the border in other states.

When asked if CBP envisioned a day when the barriers might be removed, the agency said it did not.

“At this point in time,” said Shelly Barnes, the environmental planning lead for the Border Patrol’s infrastructure portfolio, “there are no current plans to remove sections of the barrier.”