Recent claims that Tlaib insisted progressives must reject Israel’s right to exist have been examined and found to be misinformation. 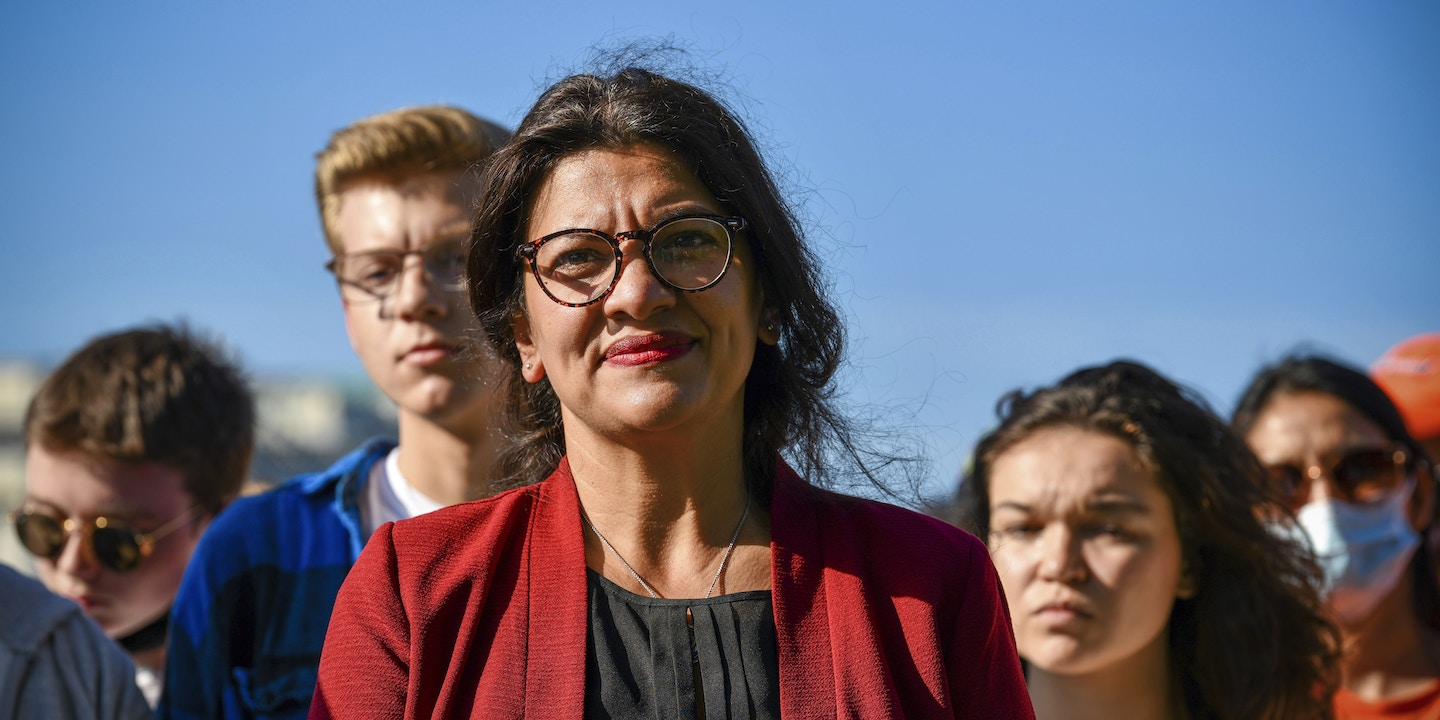 The hallmark of our contemporary social media era is the penchant for misinformation to circulate rapidly through political discourse, be endorsed by authority figures, and adopted unquestioningly by swathes of people before fact-checkers are able to ascertain the credibility of the claims.

On Monday, the Anti-Defamation League issued a serious allegation against a Democratic member of Congress that was immediately picked up by news outlets and high-profile political figures. It warrants a thorough examination.

Jonathan Greenblatt, CEO of the ADL, made the following claims on Twitter in reference to Rep. Rashida Tlaib, D-Mich.: “In one sentence, [Tlaib] simultaneously tells American Jews that they need to pass an anti-Zionist litmus test to participate in progressive spaces even as she doubles down on her #antisemitism by slandering Israel as an apartheid state.”

In one sentence, @RepRashida simultaneously tells American Jews that they need to pass an anti-Zionist litmus test to participate in progressive spaces even as she doubles down on her #antisemitism by slandering Israel as an apartheid state. 1/2 https://t.co/9AIEnA6i5t

Rep. Jerry Nadler, D-N.Y., among others, piled on, elaborating on the claim: “I fundamentally reject the notion that one cannot support Israel’s right to exist as a Jewish and democratic state and be a progressive.”

I fundamentally reject the notion that one cannot support Israel’s right to exist as a Jewish and democratic state and be a progressive. https://t.co/nb9ZkODUOk

Other members of Congress — Reps. Ted Deutch, Haley Stevens, and Juan Vargas, among them — have made similar public comments.

We take these claims in two parts.

First, did Tlaib — who is Palestinian American — say that progressives must pass “an anti-Zionist litmus test to participate in progressive spaces”? And did she say that “one cannot support Israel’s right to exist as a Jewish and democratic state and be a progressive”?

To test these claims, The Intercept identified and reviewed the comments in question. According to a video of Tlaib’s remarks at a Palestine Advocacy Day event, she made the following assertion: “I want you all to know that among progressives, it becomes clear that you cannot claim to hold progressive values yet back Israel‘s apartheid government.”

Tlaib does not say that in order to hold progressive values one must oppose Zionism or assert that Israel has no right to exist. The Intercept reached out to Greenblatt and Nadler for additional information that would support their claims but did not receive any.

Notably, Greenblatt refers to “one sentence,” which indicates that the entirety of Greenblatt’s claim ought to be supported by the sentence in question.

Tlaib explicitly refers to “Israel’s apartheid government” in her remarks, making clear that it is the apartheid nature of the government that she stands in opposition to, not the idea of an Israeli state.

In order for Greenblatt’s or Nadler’s claims to be accurate, they would have to assume that the only conceivable Israeli system of government is an apartheid government, and therefore rejection of apartheid is equal to the rejection of any Israeli government. Neither Greenblatt nor Nadler have made such a claim and, indeed, such a claim would be absurd. It is entirely conceivable that Israel could organize itself as a Jewish democratic state that offers equal rights to all its residents. A system of apartheid is not the only available option.

We therefore rate the claim that she established a litmus test over the existence of the state of Israel, or support of Zionism, as false.

Such misinformation easily circulates in Washington. On Wednesday afternoon, a reporter at the U.S. Capitol asked Rep. Alexandria Ocasio-Cortez, D-N.Y., to respond to a claim of Tlaib’s that one cannot both support Israel and be progressive, while leaving out the critical detail of the apartheid government. Ocasio-Cortez declined to comment, finding the reporter’s phrasing suspect. It turned out the question had indeed distorted Tlaib’s claim.

In order to ascertain whether Israel’s government is of an apartheid nature, it is first incumbent to describe such a system. Amnesty International concludes:

The term “apartheid” was originally used to refer to a political system in South Africa which explicitly enforced racial segregation, and the domination and oppression of one racial group by another. It has since been adopted by the international community to condemn and criminalize such systems and practices wherever they occur in the world.

The crime against humanity of apartheid under the Apartheid Convention, the Rome Statute and customary international law is committed when any inhuman or inhumane act (essentially a serious human rights violation) is perpetrated in the context of an institutionalised regime of systematic oppression and domination by one racial group over another, with the intention to maintain that system.

Apartheid can best be understood as a system of prolonged and cruel discriminatory treatment by one racial group of members of another with the intention to control the second racial group.

Such a description applies to Israel’s current government, according to Amnesty International. “Israel imposes a system of oppression and domination against Palestinians across all areas under its control: in Israel and the OPT” — Occupied Palestinian Territory — “and against Palestinian refugees, in order to benefit Jewish Israelis. This amounts to apartheid as prohibited in international law. Laws, policies and practices which are intended to maintain a cruel system of control over Palestinians, have left them fragmented geographically and politically, frequently impoverished, and in a constant state of fear and insecurity,” the report concludes. “This is apartheid.”

B’Tselem, an Israeli human rights organization, has come to the same conclusion. “The Israeli regime enacts in all the territory it controls (Israeli sovereign territory, East Jerusalem, the West Bank, and the Gaza Strip) an apartheid regime,” its report found. “B’Tselem reached the conclusion that the bar for defining the Israeli regime as an apartheid regime has been met after considering the accumulation of policies and laws that Israel devised to entrench its control over Palestinians.”

According to B’Tselem, Israel systematically denies a host of rights to Palestinian subjects for the purpose of maintaining an unequal system, which makes the system apartheid by definition. B’Tselem’s report finds that Israel “pursues this organizing principle in four major areas,” namely:

Across [Israel and the Occupied Palestinian Territory] and in most aspects of life, Israeli authorities methodically privilege Jewish Israelis and discriminate against Palestinians. Laws, policies, and statements by leading Israeli officials make plain that the objective of maintaining Jewish Israeli control over demographics, political power, and land has long guided government policy. In pursuit of this goal, authorities have dispossessed, confined, forcibly separated, and subjugated Palestinians by virtue of their identity to varying degrees of intensity. In certain areas, as described in this report, these deprivations are so severe that they amount to the crimes against humanity of apartheid and persecution.

We therefore rate Greenblatt’s claim that it is slanderous to refer to Israel’s government as an apartheid state as false.