Reps. Ilhan Omar and Joaquin Castro are leading the call to renew international oversight of atrocities committed in the Saudi-led war in Yemen. 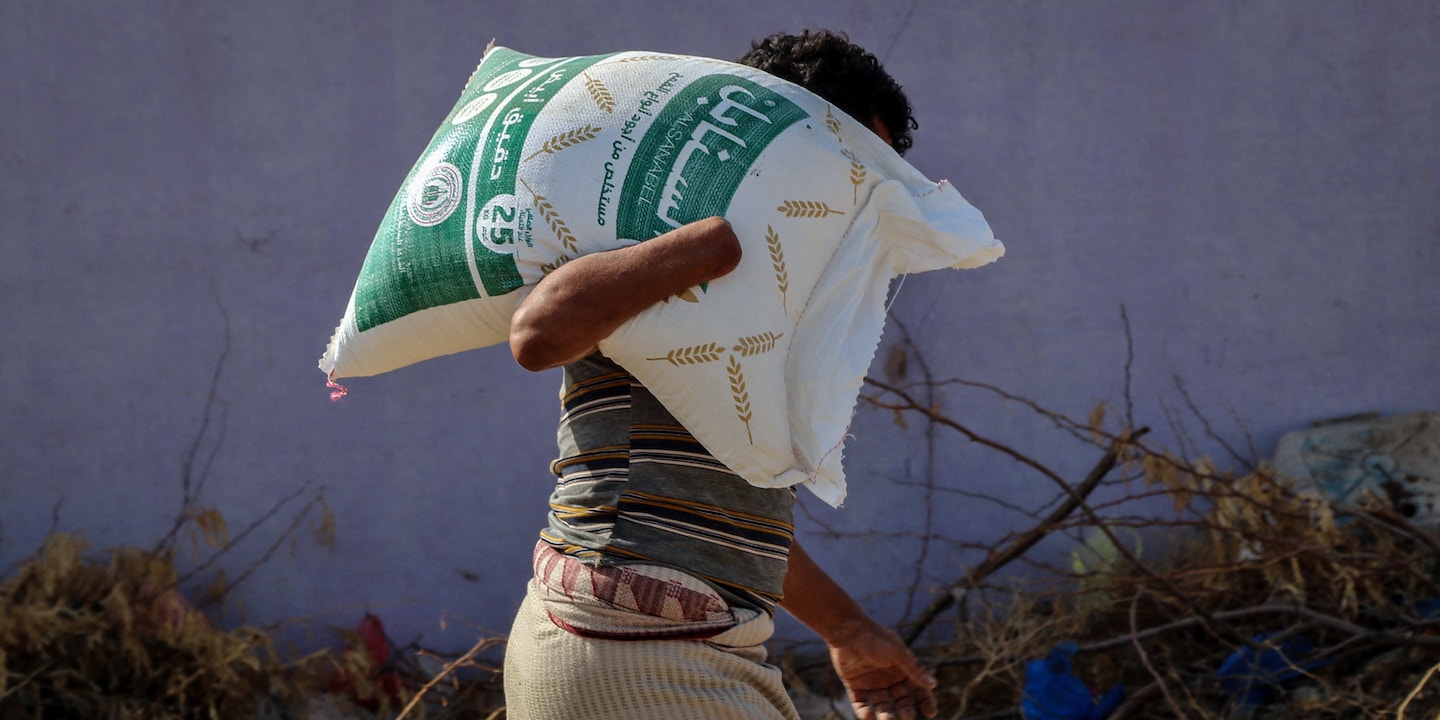 As the United States’ relationship to Saudi Arabia shifts, a group of congressional Democrats led by Reps. Ilhan Omar and Joaquin Castro is pushing to reestablish oversight of atrocities committed during the Saudi-led coalition’s war in Yemen.

The U.S. relationship to the kingdom has been strained since President Joe Biden came into office promising to hold Saudi Arabia accountable for the killing of Washington Post contributor Jamal Khashoggi. Late last week, it emerged that Biden requested sovereign immunity for Mohammed bin Salman, the crown prince and prime minister of Saudi Arabia, in the lawsuit over Khashoggi’s murder. And on Monday, OPEC+, the coalition of oil-producing countries heavily influenced by Saudi Arabia, announced it would increase oil production, fulfilling a long-term ask by the Biden administration.

Asked about these developments, Omar said, “Our foreign policy should not be based on a dependence on oil or the geopolitical whims of foreign despots. It should be based on the rule of law and human rights.”

An opportunity for accountability is coming up later this week when the United Nations Human Rights Council convenes an emergency session to discuss the protests in Iran, a major backer of Yemen’s Houthis. While oversight of the Yemen war is not immediately on the agenda, the matter is sure to arise in the council’s next general session, which convenes in March.

On Friday, 13 members of the House of Representatives sent a letter asking Secretary of State Antony Blinken and U.N. Ambassador Linda Thomas-Greenfield to use their influence in these upcoming sessions to push for a reinstatement of the Group of Eminent Experts, or GEE: an independent international oversight body that previously reported on the litany of human rights abuses and war crimes carried out during the war.

The changing nature of the U.S. relationship with Saudi Arabia, they argue, has created an opening for renewed international scrutiny of the war, which has claimed at least 375,000 lives and left the overwhelming majority of Yemen’s residents in “desperate” condition and dependent on humanitarian aid. The signatories of the letter — which include House Rules Committee Chair James McGovern, D-Mass., and California Rep. Sara Jacobs, a former U.N. employee — hope that the U.S. rotation onto the Human Rights Council, whose members serve staggered three-year terms, and changing global and domestic attitudes toward Saudi Arabia might allow for a different dynamic when the council reconvenes.

Omar stressed the importance of strong international institutions in achieving and maintaining peace in the region. “True peace demands justice,” she said in a statement provided to The Intercept. “International institutions have a responsibility to account for any and all atrocities that took place in Yemen, and the United States has a responsibility to advocate for them.”

The last time a vote on renewing the GEE came before the Human Rights Council in 2021, the measure narrowly failed after a coalition of Saudi-aligned states on the council, including Russia, mustered the votes necessary to end the probe. The resolution’s narrow defeat was the first in the body’s 15-year history, and it drew condemnation from a number of international humanitarian organizations. The lack of an oversight body has alarmed some of Saudi Arabia’s Western allies in part because possible war crimes committed by the Houthis are also no longer being independently verified.

Last month, a resolution that called for the U.N. Office of the High Commissioner to provide support for Yemen’s government in ensuring human rights was passed without a vote, but advocates dismissed that move as symbolic. Joey Shea, a Saudi Arabia and UAE researcher for Human Rights Watch, panned the resolution as “toothless.” Citing the measure’s lack of new monitoring and accountability mechanisms, she said its passage “means that grave human rights violations, including apparent war crimes, are likely to continue to go unchecked.”

The importance of reinstating the GEE or a similar body has heightened in recent weeks, after a ceasefire that had previously been brokered expired early last month. While that ceasefire had temporarily reduced the number of direct military confrontations, human rights advocates warned that its partial allowance of Saudi Arabia’s deadly blockade — which is responsible for the lion’s share of the humanitarian catastrophe facing Yemenis — made its preservation untenable.

The letter continues a pressure campaign from congressional Democrats that has persisted throughout Biden’s administration. Progressive Democrats have rebuked the administration’s decision to continue selling weapons to the kingdom, which many see as direct support for the atrocities being inflicted on the Yemeni people.

In her statement, Omar gestured at Biden’s previous promises to pursue human rights-based diplomacy. “Truly centering human rights and a rules-based order in our foreign policy,” she said, “requires full accountability when those rights are violated.”