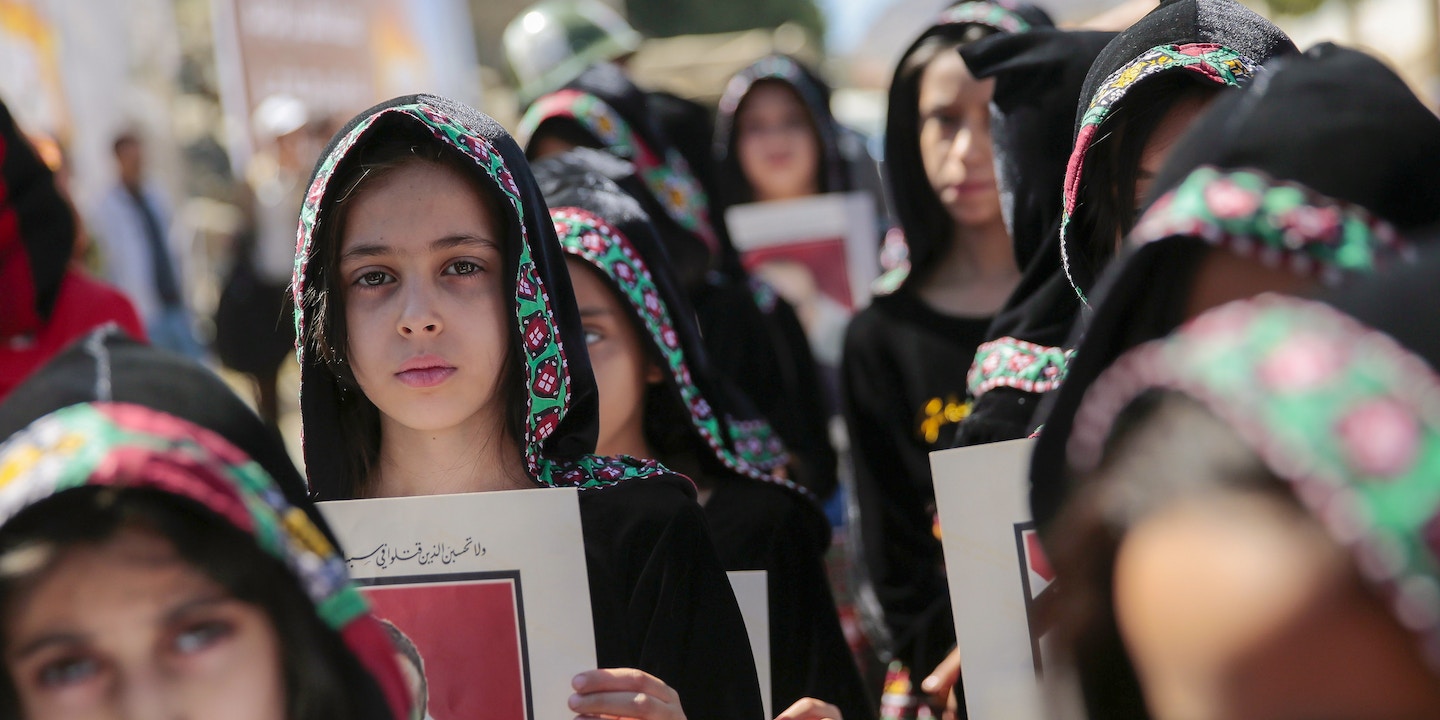 In his first major foreign policy address, President Joe Biden announced on Thursday that he would end American support for Saudi and United Arab Emirates-led “offensive operations” in Yemen, echoing a promise he made on the campaign trail in 2019.

Speaking at the State Department, Biden told diplomats that he would prioritize diplomatic solutions to the conflict and appointed, as a special envoy, one of the department’s top Middle East experts. He also announced support for a cease-fire and an effort to restart long-stalled peace talks.

“This war has to end,” Biden said. “And to underscore our commitment, we are ending all American support for offensive operations in the war in Yemen, including relevant arms sales.”

The move signaled a dramatic shift in U.S. support for Saudi Arabia, a move that has long been urged by progressive activists. Under President Donald Trump, Congress passed resolutions blocking certain arms sales and directing the U.S. to end its role in the hostilities, but Trump vetoed them.

One of the primary backers of the vetoed resolutions, Rep. Ro Khanna, D-Calif., told The Intercept by phone that Biden’s announcement was a victory. “This is now a decisive step and really what the war powers resolution was calling for, so I’m very pleased,” Khanna said.

“This is now a decisive step and really what the war powers resolution was calling for, so I’m very pleased.”

Asked if Congress’s job was done, Khanna said he thought the legislature still had a role to play in supporting diplomatic efforts and reversing last-minute policy changes by the Trump administration.

The Biden administration had previously placed a temporary freeze on billions of dollars in arms sales to Saudi Arabia and the UAE, as well as saying that it would review the transfer of advanced military hardware, including air-ground munitions, that the Trump administration sought to advance over the objections of Congress.

Saudi Arabia and the UAE launched their intervention in Yemen in March 2015, after an Iranian-backed rebel group known as the Houthis took over the capital and forced out Yemen’s internationally backed president. The U.S. has supported the intervention, first under President Barack Obama and then under Trump, with weapons sales, intelligence, and logistical support, even after Saudi airstrikes increasingly targeted civilian sites like hospitals and schools.

The Biden administration has not yet announced operational details of the move or clarified what they meant by “offensive operations.” In his address, Biden said that the U.S. would continue to help defend Saudi Arabia from drone and missile attacks, some of which have come from Yemen and have led the Saudis to claim that they are pursuing the war in self-defense.

An administration official declined to share operational details of what the cutoff meant but pointed to the fact that the Biden administration had previously announced they were “reviewing several arms sales to ensure they are in line with our strategic goals, including ending the war.”

Briefing reporters on Thursday morning, national security adviser Jake Sullivan said that the prohibition would extend “to the types of offensive operations that have perpetuated a civil war in Yemen that has led to a humanitarian crisis,” but would not result in the U.S. halting its own operations against Al Qaeda in the country.

The details of what constitutes “offensive operations” are important because the Saudis have frequently claimed they were acting defensively.

Kate Kizer — policy director with the progressive group Win Without War, which has lobbied to end U.S. support for the intervention — told The Intercept by phone that understanding the details of the distinction are important because the Saudis have frequently claimed that they were acting defensively.

“The coalition has tried repeatedly in the past to say that airstrikes in residential areas in Yemen have been ‘defensive’ operations because they were responding to a ballistic missile strike,” Kizer said. “So it’s really important to define what that means.”

Biden’s call is a hard won-victory for the progressive wing of the Democratic Party, much of which had urged Obama and Trump to end U.S. support for the war. Khanna, along with Sens. Chris Murphy, D-Conn., and Bernie Sanders, I-Vt., had repeatedly introduced various measures to stop U.S. support for the war, all of which initially failed in Congress.

Khanna told The Intercept that a turning point on Capitol Hill was the assassination of Jamal Khashoggi, a U.S.-based Saudi dissident who was brutally killed by Saudi agents, likely on the orders of Saudi Crown Prince Mohammed bin Salman — who is also a key architect behind the Yemen war.

“When we started, there was such a strong U.S. relationship with the Saudis that it was very hard to break through,” Khanna said. “And it took a lot of work in the House; we were taking on our own leadership in the beginning. But then after Khashoggi’s murder, things changed.”

Kizer told The Intercept that building support for ending the war has been a long process among progressive activists, and that it was important to move the discussion beyond a proxy war between Saudi Arabia and Iran. “I think what really has been the gamechanger over the years is building a public education campaign that really changed the terms of the debate about what’s happening in Yemen,” Kizer said. “When we started in 2015, it was totally framed through the lens of Iran, and the détente with Saudi Arabia and the Iran nuclear deal. Very little was said about Yemen.”