“The Saudis are working to get Trump reelected and for the MAGA Republicans to win the midterms.” When, just one month before midterm elections, Saudi Arabia announced it would be slashing oil production by 2 million barrels a day, White House officials called it a “hostile act” and said the administration was “reevaluating” the Saudi relationship. It was the kind of bellicose language officialdom virtually never uses to describe the oil-rich monarchy, whose vast wealth has bought it enormous influence in Washington.

Congressional Democrats facing reelection amid soaring gas prices were similarly incensed. Usually, Capitol Hill will trot out bloodless language of “deep concern” in response to the kingdom’s myriad human rights abuses, but this time congressional Democrats struck back, vowing to block weapons sales and even taking the unprecedented step of introducing legislation to withdraw U.S. troops from Saudi Arabia and the United Arab Emirates. The bill’s sponsors linked their efforts to the war in Ukraine, pointing out how keeping oil prices high results in a windfall of profit to bankroll Russian President Vladimir Putin’s bloody invasion.

“There’s no doubt that the Saudi-led OPEC oil production cuts are a strategic effort to hurt Americans at the pump.”

Yet experts pointed to the price hikes as more than a geopolitical move. They said it was also a foray by Saudi’s de facto ruler, Crown Prince Mohammed bin Salman, or MBS, into U.S. electoral politics: a move by the Saudi-dominated oil cartel OPEC against President Joe Biden and in favor of Donald Trump.

“The Saudis are working to get Trump reelected and for the MAGA Republicans to win the midterms,” Bruce Riedel, a senior fellow of the Brookings Institution, told The Intercept. “Higher oil prices will undermine the Democrats.”

Oil prices affect not just the price at the pump but also the cost of virtually everything in our fossil fuel-dependent economy — and are a major driver of inflation. “There’s no doubt that the Saudi-led OPEC oil production cuts are a strategic effort to hurt Americans at the pump and undermine our work to tackle rising costs,” said Rep. Ro Khanna, D-Calif., in an email.

MBS’s affinity for Trump is hardly a secret. Trump broke with presidential tradition by paying his first foreign visit to Saudi Arabia’s capital, where he inked a record $350 billion weapons sale to the autocracy. He also repeatedly defended MBS amid reporting, including by his own CIA, that the crown prince had ordered the murder of Washington Post journalist Jamal Khashoggi. “I saved his ass,” Trump reportedly said. “I was able to get Congress to leave him alone” — referring to three times he vetoed congressional resolutions blocking billions in weapons sales to the Saudis. 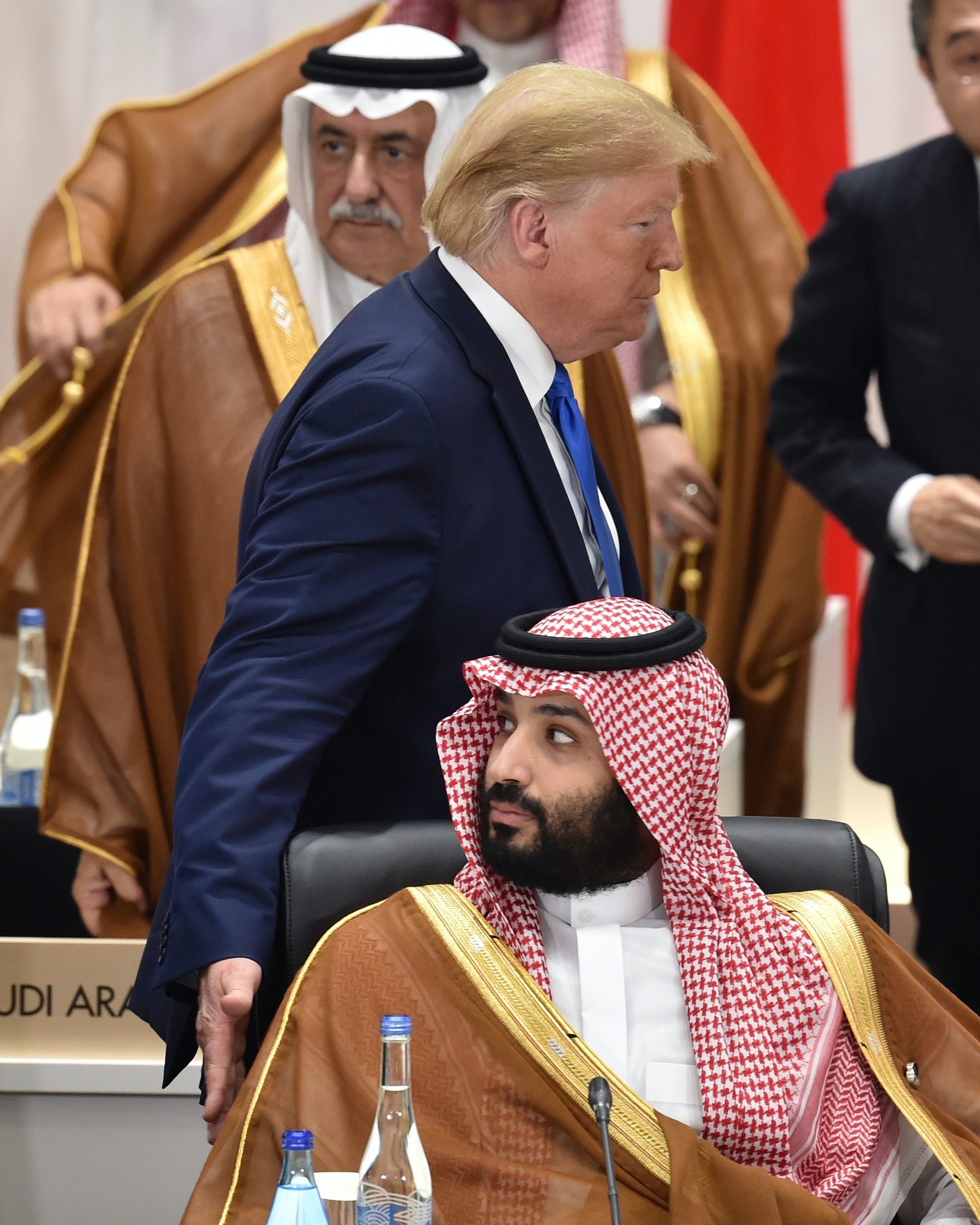 The cozy relationship between Trump’s circles and the Saudis persisted after the president left office. Just six months after leaving the White House, Jared Kushner, Trump’s son-in-law and former top White House adviser, won a $2 billion investment from the Saudi sovereign wealth fund at the request of MBS, who overrode the objections of Saudi officials. Kushner would later flaunt his influence with the Saudis in a pitch to investors for his investment firm Affinity Partners, according to a pitch deck obtained by The Intercept in April. And Trump’s Treasury Secretary Steven Mnuchin’s firm, Liberty Strategic Capital, raised $1 billion from the Saudi sovereign wealth fund.

Experts suggest that MBS’s oil production cut is a targeted attempt to hurt the Democrats’ electoral prospects. “This is MBS’s October surprise,” said Trita Parsi, executive vice president of the Quincy Institute for Responsible Statecraft. “This is his election interference. It forces Biden to make a choice: Will he protect America’s democracy and Democratic lawmakers in Congress, or will he triple down on a flawed gamble that says that the U.S. has no choice but to acquiesce to Saudi Arabia to prevent Riyadh from aligning with Russia?”

In many ways, MBS’s decision to tamp down oil production is a rebuke to Biden’s controversial meeting with the crown prince in Jeddah this summer in which the two shared a fist bump. The meeting — following secret backchanneling with Riyadh by CIA Director William Burns, in which oil was discussed — flew in the face of Biden’s campaign promise to make Saudi Arabia a “pariah.”

“This is MBS’s October surprise. This is his election interference.”

There were several early signs that the meeting wouldn’t lead to the diplomatic thaw that the administration had hoped for. When Biden touched down in Jeddah, he was greeted not by a top official but by a provincial governor — a major diplomatic snub. And within minutes of the meeting between Biden and MBS, Saudi officials were leaking to the media, disputing Biden’s claim to have brought up Khashoggi.

The failure of the meeting to repair relations created tension between the White House and congressional Democrats, who feel as though the oil production cuts leave them vulnerable in the upcoming election and that the administration isn’t doing enough to compel Saudi Arabia to restore production.

Sources close to the administration, who asked for anonymity because they were not authorized to speak publicly, blame Biden’s Saudi visit on his Middle East coordinator on the National Security Council, Brett McGurk. The personification of Washington’s foreign policy consensus, impervious to change, McGurk has served in every administration since President George W. Bush as an unwavering advocate of cozier relations with Riyadh.

“President Biden has been getting bad advice on Middle East policy for a long time, and this OPEC decision is really a predictable failure of his trip to the region this summer,” a Democratic House Foreign Affairs Committee staffer told The Intercept. “The president is getting bad advice from McGurk and others, and this should be a wakeup call. It would be negligent not to make any changes at the NSC.”

Rights advocates working on the Middle East echoed the calls for a shakeup at NSC. “It’s no secret that Biden’s Middle East advisor Brett McGurk was the principal champion for pushing Biden to capitulate to Saudi and UAE — on arms sales, on U.S. forces and weapons in their countries, and of course meeting with MBS directly, on the fiction that they would serve US interests,” said Sarah Leah Whitson, the executive director of DAWN, the pro-democracy group founded by Jamal Khashoggi. “It’s clearer now more than ever that this was just really bad advice because all this capitulation has secured nothing other than Biden’s global humiliation.”

Democrats have several policy tools they can use to compel Saudi Arabia to back off the production cuts. On Monday, Sen. Bob Menendez, D-N.J., chair of the powerful Senate Foreign Relations Committee, said that he would use his power to block all weapons sales to Saudi Arabia going forward.

“I think that’s barely a slap on the wrist,” a source close to the administration said, pointing out that MBS and even many high-level officials weren’t going to be attending the meeting. “Them skipping out on this meeting is not going to cause MBS to lose sleep.”