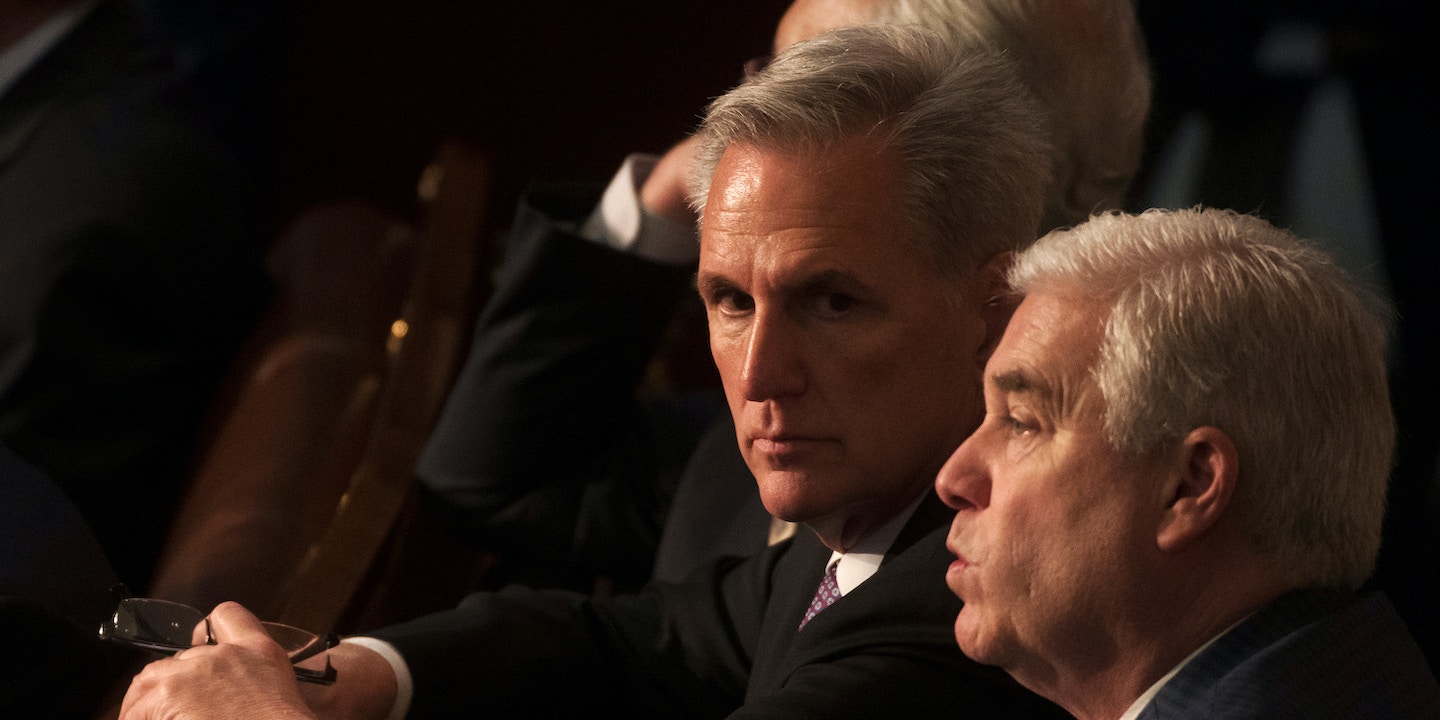 Rep. Kevin McCarthy would have to commit to “shut down the government rather than raise the debt ceiling” in order to win the support of his opponents, Rep. Ralph Norman, a Republican from South Carolina, told reporters Wednesday afternoon.

“That’s a non-negotiable item,” said Norman, a leader of the squad objecting to McCarthy, a California Republican, becoming speaker of the House.

A reporter asked Norman if he meant default on the debt, as the debt ceiling and a government shutdown are not directly linked. “That’s why you need to be planning now what agencies — what path you’re gonna take now to trim government. Tell the programs you’re going to get to this number. And you do that before chairs are picked,” he said, referring to the process of choosing and installing House committee chairs.

A quirk of parliamentary procedure requires Congress to authorize spending, then appropriate money for those authorized expenditures, and then to authorize the Treasury Department to issue debt in order to pay for that appropriated money. Some constitutional scholars argue that the debt ceiling is unconstitutional, but currently both parties recognize it as a legal and valid restriction on the government’s ability to issue debt.

If the Treasury defaults on its debt, the result could be a global economic crisis, as many companies and foreign governments hold their capital reserves in Treasury notes. If those notes can’t be turned into dollars, payments won’t be made, producing a cascading collapse of counter-parties that had been expecting those payments, and so on. In 2011, the threat of default downgraded the U.S. government’s credit worthiness and led to a major stock market crash, but a deal was struck before the U.S. defaulted.

The debt limit is expected to be hit sometime in the summer. Democrats declined to take the opportunity to eliminate or raise it further during the lame-duck period when they still controlled the House.

Another reporter noted to Norman that House Republicans lack the power to dictate those spending terms to Democratic President Joe Biden’s White House and a Democratic-controlled Senate, a reality Norman conceded. His band of Freedom Caucus members, however, was willing to use what leverage they had.

“You play the cards you’re dealt,” he said. “Biden’s gonna veto anything. Can we get a two-thirds vote [to override]? Probably not. But it is what it is. If we do what the American people tell us to do, which is to get this country back on track financially, we will get their support. The insane spending cannot keep up.”

The Intercept asked Norman if he thought a potential Speaker Jim Jordan, R-Ohio, whom Norman said he trusts more than McCarthy, would be willing to default on the debt. “No, he would cut things that have to be cut,” Norman said. “Default is only if you keep the spending. We’re going to default eventually if we keep going down this path.” (Jordan did not immediately respond to a request for comment.)

Asked what specifically McCarthy had done to lose his trust, Norman said, “The 14 years he’s been here when he’s voted for every spending package and this $1.7 trillion omnibus.”