As President Obama visits the region, Sen. Chris Murphy is questioning the Saudi commitment to fighting al Qaeda and ISIS. 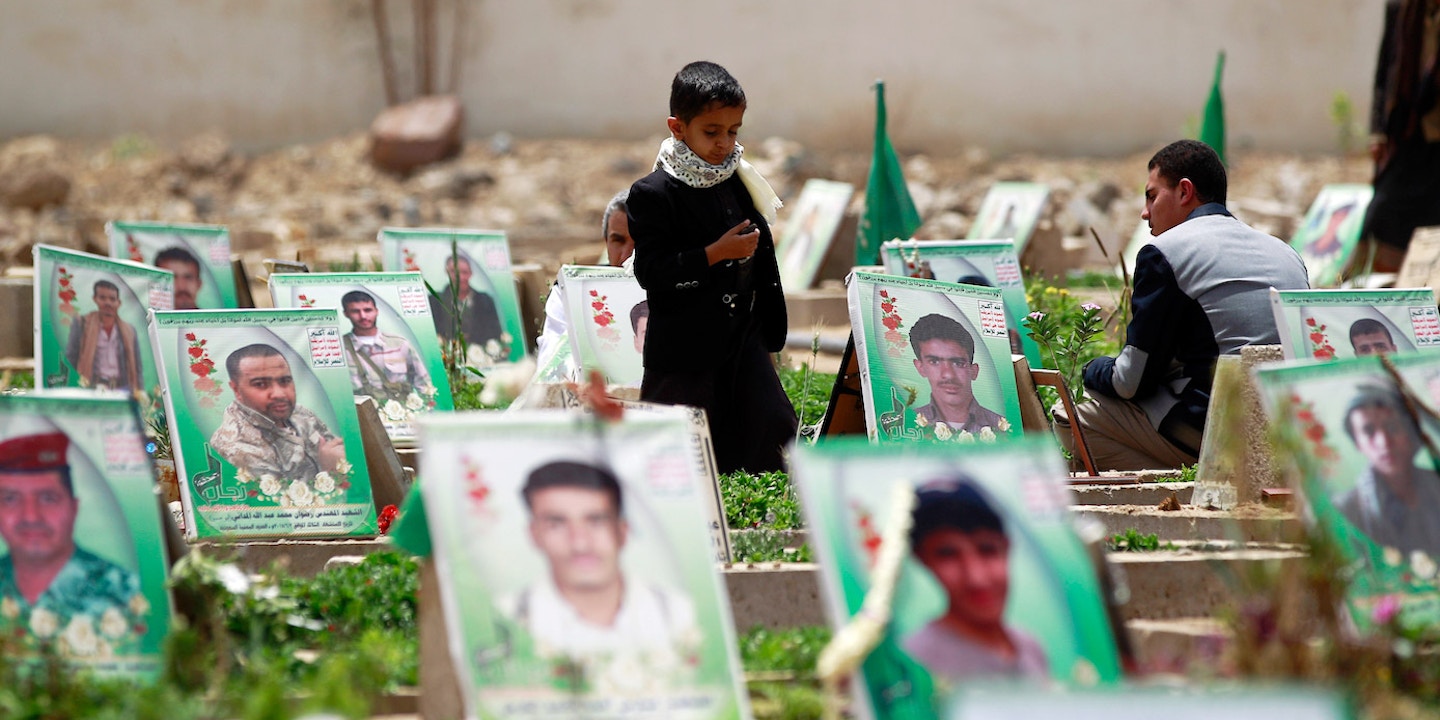 AS PRESIDENT OBAMA meets with Gulf state leaders in Riyadh, Sen. Chris Murphy, D-Conn., is questioning the Saudi commitment to fighting al Qaeda and ISIS, warning that the war in Yemen is distracting Saudi Arabia from operations against extremists.

The White House has defended Saudi Arabia as an “effective national security partner.” Responding to a question about Yemen on Tuesday, White House Press Secretary Josh Earnest said that the “United States and Saudi Arabia have worked together to apply pressure to al Qaeda plotters in Yemen.”

But at a Brookings Institution discussion about the U.S.-Saudi relationship on Thursday, Murphy questioned the kingdom’s commitment to combating al Qaeda in the Arabian Peninsula (AQAP) and ISIS, in light of the war in Yemen.

“The result of this conflict … has been the creation of enormous space for the growth of AQAP … which grows uncontested in Yemen today, because of the refusal of the coalition to go after [them],” he said.

Murphy introduced a bill last week, along with Sen. Rand Paul, R-Ky., that would block arms transfers to Saudi Arabia unless the State Department certifies that the kingdom is “taking all necessary measures” to target AQAP and ISIS, and is minimizing civilian casualties.

Saudi Arabia launched its U.S.-backed air campaign in Yemen last March after Houthi rebels threatened the rule of the Saudi-backed president. Throughout the campaign, the Saudi air force has largely refrained from engaging AQAP, who are also fighting the Houthis.

AQAP is an offshoot of al Qaeda that has attempted multiple attacks on American soil, including by the Christmas Day “underwear bomber.” The United States has been using drones to hunt AQAP members since 2002, and has controversially killed several U.S. citizens in the process. Last month, according to a Pentagon press release, a U.S. airstrike killed “dozens” of “fighters” in AQAP territory.

As Saudi Arabia ignores the rise of al Qaeda’s expansion, AQAP has grown into a powerhouse in Yemen — controlling extensive territory in the country’s south, including the rich port city of Mukalla. AQAP makes between $2 million and $5 million a day from duties on imported goods, according to an investigation by Reuters, and they made $100 million from seizing the central banks with “ISIS-like techniques.”

“We have never seen AQAP have as much territory and income as they do now, and there is not a lot of conversation about why we allow that to persist,” Murphy said.

The Saudi-led bombing campaign has also diverted resources away from efforts against ISIS.

The New York Times noted last fall that most Saudi aircraft had shifted from the air war in Syria — where they were ostensibly bombing ISIS — to combat in Yemen. “They’ve all been busy doing other things, Yemen being the primary draw,” Lt. Gen. Charles Q. Brown Jr., the commander of U.S. Air Forces Central Command, Southwest Asia, told the paper.

The Obama administration has steadily provided arms and support to the Saudi-led coalition as it waged war in Yemen, even as thousands of civilians have perished in the fighting, and the country’s infrastructure and architectural history have been devastated.

Murphy said he worries that the U.S. support may be in exchange for Saudi acquiescence to the Iranian nuclear deal.

He also said that U.S. support for the war has inflamed lasting hostility toward the U.S. among the Yemeni people.

A poll released earlier this month showed that 82 percent of Yemenis between the ages of 18 and 24 now view America as an enemy.