“A friend would counsel the Saudis that this is really not in their interest,” said one former U.S. diplomat. Saudi Arabia and the other Arab states that form the Gulf Cooperation Council (GCC) have been brutally bombing Yemen for more than a year, hoping to drive Houthi rebels out of the capital they overran in 2014 and restore Saudi-backed President Abdu Rabbu Mansour Hadi.

The United States has forcefully backed the Saudi-led war. In addition to sharing intelligence, the U.S. has sold tens of billions of dollars in munitions to the Saudis since the war began. The kingdom has used U.S.-produced aircraft, laser-guided bombs, and internationally-banned cluster bombs to target and destroy schools, markets, power plants, and a hospital, resulting in thousands of civilian deaths.

Despite all that, U.S. officials have done little to explain this support, have failed to explain the U.S. interests in the campaign, and have made scant mention of the humanitarian toll. In the absence of an official response, The Intercept raised those concerns with half a dozen former senior diplomatic officials, including U.S. ambassadors to Yemen and Saudi Arabia.

But rather than defend or explain the U.S. involvement, most of the former diplomats we interviewed said that the war harms U.S. interests. 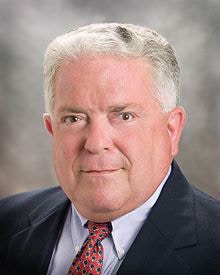 “I don’t think you can restore a government, especially an unpopular one, from the air, and I don’t think the use of force in this matter does anything but create long-term enmity,” said Chas Freeman, who served as the ambassador to Saudi Arabia between 1989 and 1992. He noted that former President Hadi’s unpopularity was partly due to his deep ties to Saudi Arabia and the United States. Freeman is currently a senior fellow at the Watson Institute for International and Public Affairs at Brown University.

Barbara Bodine, who served as ambassador to Yemen between 1997 and 2001, directed us to recent remarks she made on the Zogby Show about the impact of the bombings on Yemen’s social fabric.

“It’s just been pushed over the edge,” she told host James Zogby. “It’s been declared a level 3 humanitarian crisis, there’s only four of those in the world. … The devastation of the physical damage, infrastructure damage, … the water system to the extent it has existed has been completely destroyed.” Bodine is currently a professor of diplomacy at Georgetown University. 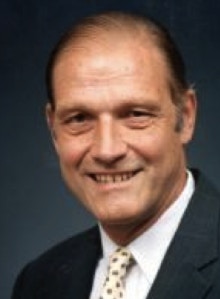 “The humanitarian situation is as bad as it is in Syria,” said Bill Rugh, who was ambassador to Yemen between 1984 and 1987. “The American press hasn’t paid that much attention to it. But it’s been a disaster particularly as a result of the bombing and … the lack of outside humanitarian assistance as a result of the fighting. It’s really been tragic for the Yemeni people. The country’s always been very poor but to have your hospitals and your schools and your civilian population bombed and killed and injured on a large scale has added to their tragedy.” Rugh is currently a visiting professor at Tufts University Fletcher School of Law and Diplomacy.

All of the diplomats pointed out that, contrary to administration statements that the Saudi war is serving counterterrorism objectives, the war has actually undermined U.S. national security interests. In particular, they noted that the campaign against the Houthis has allowed one of its enemies – al Qaeda in the Arabian Peninsula (AQAP) – to seize more territory. Gary Grappo was the Deputy Chief of Mission at the U.S. Embassy in Riyadh, Saudi Arabia from 2003 to 2005

“No question about that, no question whatsoever, that the war has turned everyone’s attention away from what concerns us most, and that’s violent extremism and terrorist groups,” said Gary Grappo, a former deputy chief of mission to Saudi Arabia. “Al Qaeda has grown in strength, and in numbers, and in resources, and that’s directly related to the turning of attention to the internal instability and ultimately the war in Yemen.” Grappo is currently CEO & founder of Equilibrium International Consulting.

Saudi Arabia has largely refrained from engaging AQAP, which is also fighting the Houthis. Last April, several weeks after the start of the Saudi-led campaign, AQAP seized the major port city of Mukalla, along with $100 million in bank assets. They held the city for over a year, making $2 million to $5 million a day from port taxes. “As long as this conflict goes on, AQAP has been able to take territory,” Bodine told Zogby. “And this has allowed what we consider one of the most dangerous elements of al Qaeda to get a territorial position far in excess what they’ve ever had. So I can’t tell you on any level why this war makes sense.”

“It certainly has harmed U.S. interests,” Rugh said of the war. “Particularly the expansion of AQAP and even ISIS in Yemen.” “My sense has been and continues to be that the Saudis never seem to prioritize the threat posed by AQAP as high as we do,” Stephen Seche, who was the U.S. ambassador to Yemen between 2007 and 2010, told The Intercept. “The Saudis believe that when the time comes, they can manage the AQAP threat effectively. Whether they can or they can’t, that remains to be seen. In their mind, they see the threat of the Houthis and Iran as the much greater threat to their longevity and stability.” Seche is currently the executive vice president of the Arab Gulf States Institute in Washington.

“The Saudis were almost obsessed with destroying the Houthis,” Nabeel Khoury, who served as the deputy chief of mission in Yemen between 2004 and 2007, told The Intercept. “And with that preoccupation with the Houthis … the Saudis were simply not motivated to go against [AQAP.]” Khoury is a nonresident senior fellow at the Atlantic Council’s Rafik Hariri Center for the Middle East.

Defenders of the Saudi-led war have claimed that the Houthis are Iranian proxies, and that the Saudis are defending a neighboring country against that country’s influence, as Sens. John McCain, R-Ariz., and Lindsey Graham, R-S.C., said when the war began.

But all of the former diplomats we interviewed questioned that premise.

“I would argue that the Houthis were not in the Iranian camp until they were driven into it by necessity,” Freeman said. “When they were attacked by the Saudis – or counter-attacked, depending on how you see it – they needed support from somewhere, and they got it from Tehran. So the Saudi effort to punish the Iranians [for the nuclear deal] by punishing the Houthis ironically cemented the relationship between Iran and the Houthis that otherwise probably would not have existed.” Khoury also described the Houthi-Iranian relationship as having been advanced by the Saudi-led bombing campaign. “Once the Houthis got there, they thought … they are [also] against the Saudis so they must be good friends to Iran, so they started [cooperating],” he said.

The war has worked out to Iran’s benefit, Rugh said. “The Houthi uprising has been generated by local factors and not by the Iranians. The Iranians are taking advantage of it, in the sense that in their rivalry with Saudi Arabia they don’t mind the Saudis panicking over what’s going on in Yemen.” Plus, Rugh said, “the Yemen intervention by Saudi Arabia has diverted Saudi attention away from Syria and that’s to Iran’s advantage.”

“In many ways the IRGC [Iranian Revolutionary Guard Corps, Iran’s elite fighting force] did increase their role in Yemen in direct response to the Saudi-led invasion,” Seche said. “When they saw the Saudis come in, it was like an invitation to come in and choose sides.”

Several of the former diplomats said that the administration should end its role as silent partner. “A friend would counsel the Saudis that this is really not in their interest  — there is not in fact a Persian under every bush in Yemen — and that the Houthis historically were allies to the kingdom rather than opponents, despite the fact that they possess a kind of Shia faith. I would argue and I have argued with the Saudis that it’s a mistake to define your opponents in sectarian terms,” Freeman said.

“I think at this point there is an opportunity for the U.S. to push a full court press on the peace effort to get the Yemenis back to the negotiating table and to work something out for the future of Yemen that they can all live with,” Khoury said. Specifically, he said, that “requires not just advice, which I think we have been giving for the past few months — we’ve been giving advice to the Saudis to ease up on the bombardments, and go to the negotiating table — but I think if this doesn’t happen quickly enough, then we ought to ease up on [militarily] supporting the Saudi war effort.”

“The Saudis have been implicated, according to U.N. special panels, in war crimes,” Khoury noted. “Given what we in the United States have been doing to support the war effort, we are implicated as well. I think it’s really urgent that we pull back on the support to put pressure on the Saudis to come to terms with the Houthis and to facilitate a Yemeni-Yemeni agreement. I think that would be the best course.”

Last month, Sens. Chris Murphy, D-Conn., and Rand Paul, R-Ky., introduced a bill blocking all weapons sales to Saudi Arabia unless the State Department certifies the country is taking “precautions to reduce the risk of harm to civilians” in Yemen.

“Our participation in the war is only silent in the United States Congress and in Washington, D.C.,” Murphy said at an event on Saudi relations at the Brookings Institute on April 21. “In the region, it’s not silent at all. Yemenis will tell you that this isn’t a Saudi-led bombing campaign, this is a U.S.-Saudi bombing campaign.”

Freeman offered an explanation for the silence on Capitol Hill. “Congress is amazingly responsive to the military-industrial complex, and it’s making a bunch of money by providing munitions, ordinance, as it’s expended,” Freeman said.

Many of the diplomats questioned whether there was any good reason to be involved at all.

“I just cannot see a U.S. interest that is served by the war in Yemen,” Grappo said. “The Saudis have always been hypersensitive about Yemen. There was some argument for us doing that if we felt that the Iranians were backing the Houthis, which I don’t think they were.”

Top photo: Yemenis inspect the damage at a sewing workshop that was hit by a Saudi-led coalition air strike in the capital Sanaa, on Feb. 14, 2016.