An internal website was surprisingly forthcoming about NSA activities. 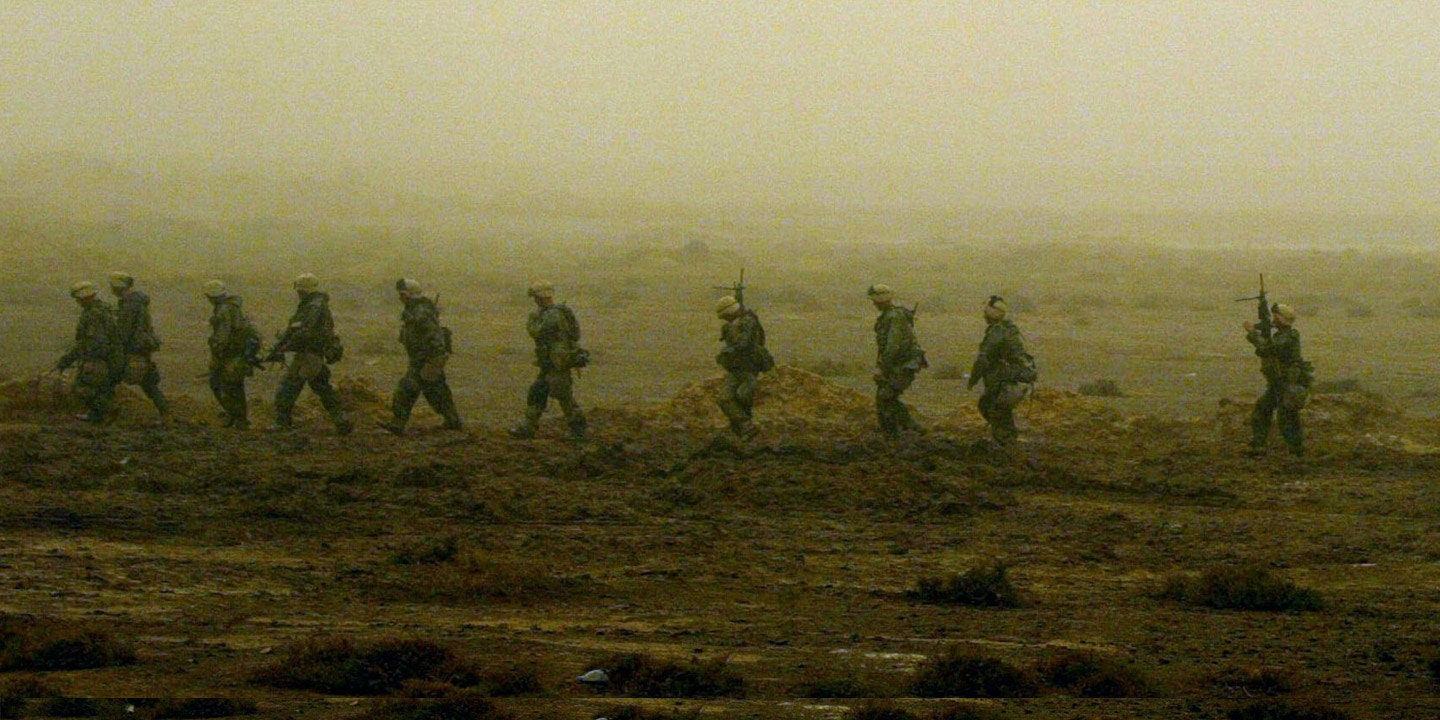 The men and women who work at the National Security Agency were greeted, on March 31, 2003, with a cheery notice on their office computers. “Welcome to SIDtoday,” a new internal website announced, explaining that the communications team in the Signals Intelligence Directorate, the heart of the NSA, was launching the publication to keep employees abreast of what was happening inside the spy agency.

The website, SIDtoday, started modestly. Its inaugural article blandly described what it called “the analyst cockpit,” a portal for intelligence experts to access their data. The following day, which was April Fools’, SIDtoday posted an offbeat story about practical jokes, recounting how the Germans in World War II built a decoy air base, complete with planes, out of wood; the kicker, according to SIDtoday, was that the British realized the base was a decoy and dropped a wooden bomb on it. (Online fact-checkers have since declared the story a “well-traveled anecdote” of dubious accuracy.)

The April Fools’ article was at the frivolous end of the SIDtoday spectrum. Because it trafficked in “top-secret” information, SIDtoday lived in a classified environment that, over the years, allowed the agency’s spies to explain to each other, in a non-technical way, a surprising amount about what they were doing, how they were doing it, and why. In the first nine years of SIDtoday’s life, more than 4,500 stories were posted on the website, a gold mine of often mundane, occasionally revealing articles that made the agency human and comprehensible in a way that technical documents could not. 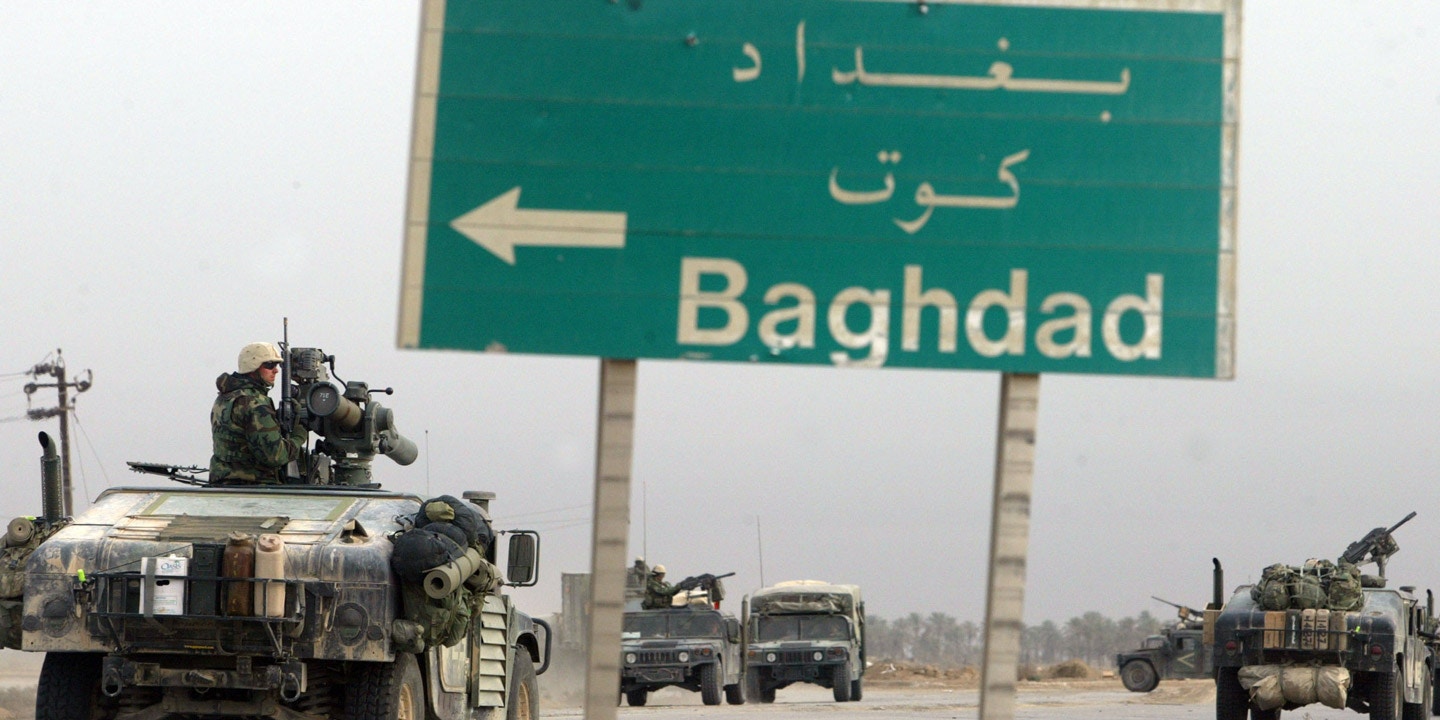 U.S. Marines pass a sign pointing the way to Baghdad as they continue their march to the capital, March 25, 2003, in the southern Iraqi city of Nasiriyah.

Functioning like a small-town newspaper, the staff of SIDtoday published question-and-answer articles with senior and mid-level officials who described their jobs and their motivations for doing them. Some articles were firsthand descriptions of important missions, as in the case of an NSA employee who went to Baghdad right after the Iraqi capital came under American control. “I rode the whole way in a five-ton truck, with easy access to thermite grenades that could be used to destroy our classified cargo in the event of an ambush,” he wrote at the end of 2003. Another story, by SID’s chief of staff, described how the agency helped with the rescue of Pfc. Jessica Lynch during the invasion (his article is included in the first batch of SIDtoday articles).

SIDtoday even assembled a stable of columnists over the course of its first nine years, contributors who wrote as a sideline to their day jobs at the agency. One column, called “Ask Zelda!,” was akin to “Dear Abby” for the intelligence community, written by a mid-level supervisor at the NSA who answered questions from readers, including one about what should be worn to the office on hot summer days. “Shorts and flip-flops don’t exactly convey the image of a fierce SIGINT warrior,” Zelda noted. Another column, “SIGINT Philosopher,” delved into the ethics of surveillance (reliably coming out on the favorable side) and was written by a language analyst who described a personal epiphany that came during a polygraph exam. “Signal v. Noise” explored the difficulties involved in collecting large amounts of data, while “SIGINT Curmudgeon” was written by a longtimer who waxed nostalgic about the good old days of eavesdropping. (None of these columns were up and running in the initial batch of SIDtoday just released by The Intercept, but I have written previously about “Ask Zelda!” and the “SIGINT Philosopher.” In both cases, The Intercept simultaneously published copies of the original columns.)

One of the cultural revelations in the archives of SIDtoday is the corporate language that was routinely used. Intelligence reports delivered to other government agencies were described as “products,” and there was a category called the “Counterterrorism Product Line.” Government agencies that received these reports were known as “customers,” and the NSA has an entire division called the “Customer Relationship Directorate.” One of the SIDtoday articles published today was titled “Dynamic Methods of Interaction With New and Existing Customers,” and it referred to “product line leaders” at the agency who created “customer support plans” that included details on what “each customer needs.” The customers mentioned in the article included the Department of Homeland Security, Secret Service, Missile Defense Agency, and Federal Reserve. The article was written by an official whose title was “acting chief, customer gateway.”

The SIDtoday articles also convey what officials at the agency were reading in their off-hours. Some articles included references to popular authors like the travel writer Bill Bryson, the New Yorker writer Malcolm Gladwell, and mid-century economist Herbert Simon. One of the articles released today was an enthusiastic review of the Neal Stephenson sci-fi novel Cryptonomicon, which was described in the article (written by a member of the communications team in the Signals Intelligence Directorate) as “an enthralling work that proves to be as much of a history lesson as an eye-opening thriller.”

The articles, almost uniformly glowing about the NSA, serve as reminders that the men and women who surveil the world are not machines; they have good days and bad days, jokes and tears, and strange tales about their lives. A two-part article from 2005, “‘Odd Jobs’ Before NSA,” listed unconventional occupations that some employees had before joining the world’s largest electronic spying organization. The prior jobs included being a craps dealer in Las Vegas, a developer of crossword puzzles for the New York Times, a professional baseball player in the Atlanta Braves farm system, a nanny for the daughter of Sunny von Bülow’s first husband, and a “mosquito bite test count subject” who was paid to visit forests and swamps to take off his shirt for a minute to assess the local mosquito population.

SIDtoday even offers a window into the hopes and wide-eyed wonder of the agency’s youngest workers, its summer interns. The title of one intern’s article for SIDtoday in 2004 was “How I Spent My Summer Vacation,” while another article in 2011 recounted that on their first day of work, a boisterous group of interns stepped into an elevator and got a quick and stern lecture from “an older gentleman” who warned that “the only thing you need to know is that we don’t talk in the elevators, and the extroverts look at other people’s shoes.” The interns silently shared the same reaction — “What have we gotten ourselves into?”