Recent shootings and assaults have amplified an already widespread climate of fear among Muslims. 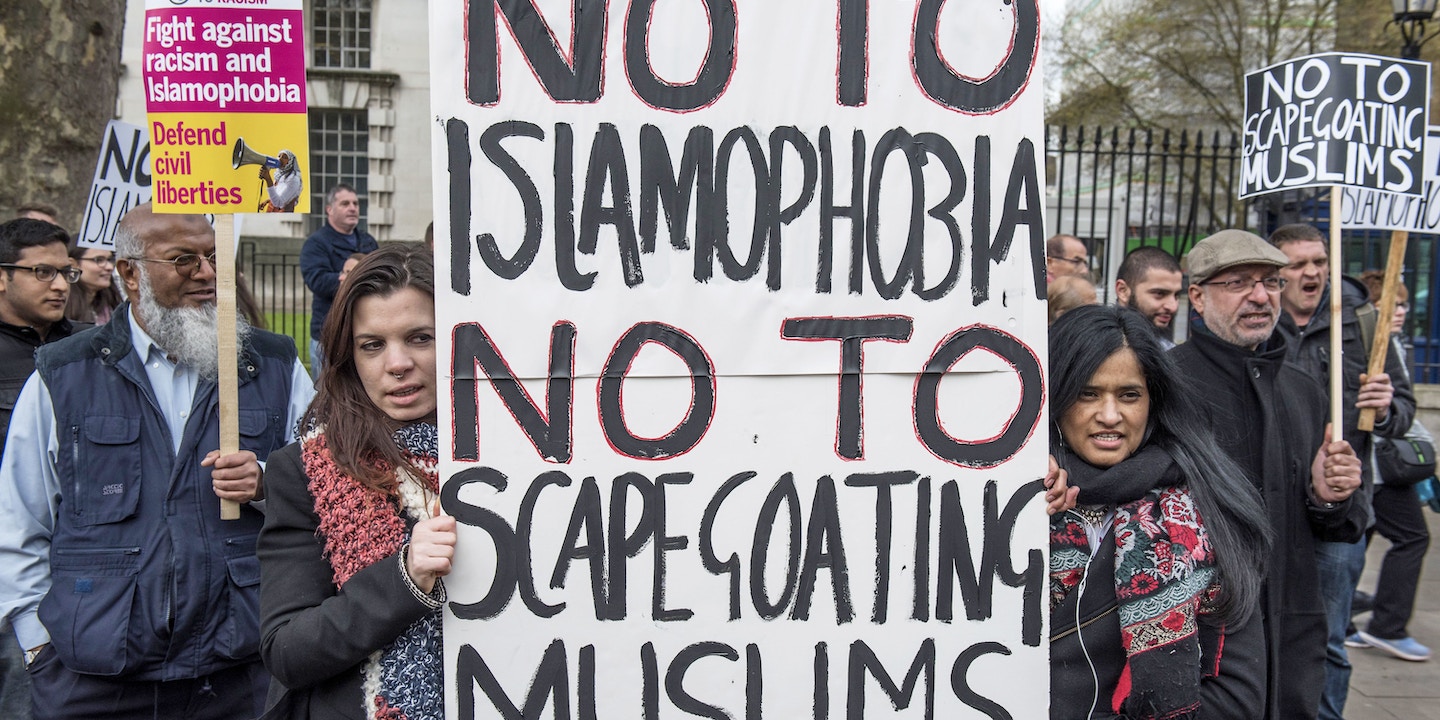 On July 3, optometrist Arslan Tajammul was ambushed, shot, and left for dead as he walked through the parking lot of his local mosque in Houston headed for morning prayers. He remains in intensive care.

While local police say the motive for the attack is still under investigation, Tajammul’s shooting shook the local community. “It is very scary right now given the current political climate,” one man told local news reporters. “This is a community place, we have kids that come here, we have people young and old come here.”

The shooting of Tajammul was only the latest in a string of violent incidents targeting Muslim Americans. Recent shootings and assaults have amplified an already widespread climate of fear among Muslims.

A report by Georgetown University’s Bridge Initiative in May found that hate violence has spiked across the country, partly in correlation with the U.S. presidential campaign. And since then, popular anger over terrorist attacks has continued to build.

The response from presumptive Republican presidential nominee Donald Trump and many other Republican political figures — characterizing terror as an issue with a minority group generally, rather than a security issue — has helped generate an increasingly toxic environment.

“Words have consequences. If you push the limits of acceptable discourse to the extremes, you push people already on the edge over it,” says Haroon Moghul, a fellow at the Center for Global Policy. “Rather than look inward in introspection, as incidentally Muslims are always demanded to in the wake of terrorist attacks, many of our leaders point outwards and find villains to blame. It’s no wonder they’ve given birth to so many vigilantes.”

This week, Missouri Republican gubernatorial candidate Eric Greitens sent out a fundraising email offering “ISIS HUNTING PERMIT” bumper stickers for sale to his prospective constituents. The stickers alarmed Muslims living in Missouri, who said they might encourage gun violence against them by others in their community.

The threat of vigilante gun violence became real for a group of young Somali-American men in Minnesota last week, when they were shot by a man who yelled anti-Muslim epithets before opening fire. Two of the young men were hit. Local police say they are investigating the incident as a hate crime. Burhan Mohamed, a friend of the victims, told The Intercept that the assailants yelled, “F*** Muslims,” before firing. “We’re certainly vigilant,” Mohamed says. “I know some of the young men, so that hit a little too close to home.”

Anti-Muslim violence in the United States following terrorist attacks is not a new phenomenon. Following the 9/11 attacks, a wave of assaults, arsons, and even several murders targeted Muslims and those who were perceived to be Muslim by their assailants. But in some ways, circumstances are different this time. Unlike George W. Bush, who, despite his other flaws, steadfastly refused to demonize Muslims in general, many political figures today are less restrained.

A potent example of the trickle-down nature of race-based nationalism can be seen in Britain, where a xenophobic referendum campaign to take the country out of the European Union has now spawned a wave of anti-minority attacks, the worldview of the perpetrators having been validated by leading politicians and the media. Some American Muslims fear that Trump’s popularity might end up legitimizing public discrimination against them, whether he wins or not.

If it does, the events of the past few weeks could be just the beginning.

“You can’t keep telling people they’re under existential, civilizational threat and expect them to carry on as they did before,” says Moghul.