Gary Locke, While Obama’s Ambassador to China, Got a Chinese Tycoon to Buy His House

When Gary Locke arrived in Beijing in 2011 as the new U.S. ambassador, he was already a star on both sides of the Pacific.

Born to Chinese immigrant parents in Seattle, he had overcome hardship to get an Ivy League education. He won successive elections in Washington state, becoming the first Asian-American governor outside Hawaii, and had recently completed his term as President Barack Obama’s first secretary of commerce. He was the most successful American politician of Chinese descent in history.

In China, he was welcomed as a native son and a symbol of overseas Chinese success. In addition, he quickly gained viral fame and adoration after someone snapped a photo of him carrying his own luggage and buying Starbucks coffee with a coupon — a powerful contrast to the lavish lifestyles of Chinese bureaucrats.

But behind the image of a humble public servant, Locke has long leveraged his political success into a lucrative consulting career. In between stints in government, Locke worked on and off again for a number of corporate firms, including American Pacific International Capital, a Chinese-owned company that, as The Intercept is reporting today, has spent lavishly to win prestige among U.S. politicians.

Real estate records uncovered by The Intercept reveal that Locke, while still serving as U.S. ambassador to China, sold his home in the D.C. area to the Chinese family that controls APIC.

Two years into his ambassadorship, Locke was speaking openly with businesspeople about eventually moving back home, says Wilson Chen, an executive with APIC. Locke was “desperate to sell” and was looking for buyers for the suburban Maryland house he had purchased in 2009, while serving in Obama’s cabinet. Chen added that he and an associate met with Locke in Beijing and heard that Locke’s “broker didn’t do a good job” and the house had languished on the market for several months. So Chen’s family became involved.

In September 2013, five months before completing his stint in Beijing as ambassador, Locke sold his home for $1.68 million to Huaidan Chen, a Chinese citizen and the wife of Gordon Tang, the Singapore-based Chinese businessman in control of APIC. Wilson Chen is Huaidan Chen’s brother.

Three months after Locke’s home sale, Wilson Chen was invited to an exclusive meeting convened by Locke in the ambassador’s Beijing residence to discuss real estate opportunities in the U.S. with other developers.

In addition to Chen, the exclusive, invitation-only event included executives from some of the largest Chinese and U.S. development firms, including Vanke, China’s largest developer; Tishman Speyer, based in New York; and Guangzhou-based R&F Properties. A report on the meeting from the San Francisco Business Times noted that APIC was far smaller than the other participants in Locke’s meeting.

Chen told the Business Times that the participants discussed barriers to investment, including a number of regulations in San Francisco.

The revelation of a substantial financial transaction with prominent foreign citizens of the host country in which he was serving as a diplomat raises ethical concerns at home and may sully the modest image Locke projected abroad. Wilson Chen downplayed the purchase, telling The Intercept that his family bought Locke’s house “because it was cheap.” He said that the home purchase was an investment like any other for them — indeed, he added, he wishes they would make this type of investment more often — and that the property is currently being rented.

But in other contexts, Chen spoke openly about the importance of gaining political influence, saying in an interview that his firm provided campaign donations to U.S. politicians as a form of gong-cha, or paying tribute. As The Intercept is also reporting today, APIC provided a donation of $1.3 million to Right to Rise USA, the Super PAC supporting Jeb Bush’s presidential campaign, making it one of the largest corporate contributors to the committee.

And Locke’s house, situated on a leafy green street in Bethesda, Maryland, is an unusual investment for the Chens, whose firm is known primarily for eight-figure commercial real estate deals involving condominium towers and entire shopping malls.

Locke’s ethics statement for that year discloses that he sold his home in Bethesda but lists the transaction under “rents and royalties” rather than capital gains. He disclosed earning between $50,000 to $100,000 from the sale, though the Chen family paid $150,000 more than the price Locke paid in 2009.

Asked if the State Department reviewed the transaction, a spokesperson for the agency told us that “there is no requirement for any State Department official to clear the sale of his or her personal residence with ethics officials at the department, regardless of the value of the property. The department does not review or approve the terms of sale for an employee’s private residence.”

“This is not appropriate,” said Richard Painter, a former White House chief ethics counsel from 2005 to 2007. “If I were the State Department’s legal adviser, I would be very unhappy with ambassadors selling their houses to foreign nationals of the country where they’re working without an independent appraisal to prove actual value.”

Craig Holman, the government ethics watchdog with Public Citizen, said the sale raised a number of flags. Locke, Holman said, was in a position to influence American policy decisions and needed to “steer clear of placing himself in a conflict of interest situation in which financial opportunities could be perceived as influencing his judgment.”

Locke’s financial disclosure statement, filed in 2009 for his Senate confirmation hearing to become secretary of commerce, reveals that he provided legal assistance to APIC prior to being nominated. In 2008, he provided legal consulting services to APIC and appeared at a ribbon-cutting ceremony for an APIC-owned biofuels refinery in Shantou, a city in southern China. The facility imports soybeans from the U.S. and Latin America.

Since retiring from public office in 2014, Locke is again serving as an adviser to the firm.

Roger Nyhus, Locke’s spokesperson, said in a statement that Locke’s first encounter with APIC came “in the summer of 2008 when he worked with Seattle law firm Davis Wright Tremaine and attended a ribbon-cutting ceremony of a soybean factory in China with other DWT attorneys at the request of APIC, a client of the firm.” Nyhus added, “It was there in China that he first met Mr. Tang, and Mr. Locke did not meet him again until the fall of 2014.” Locke was raised in a Seattle housing project, and while campaigning in 1996 to become governor of Washington state, he frequently spoke about his parents’ hardscrabble lives.

But the Associated Press later reported that firms such as Microsoft, Boeing, and others played a vital role in Locke’s political fortunes, providing a significant portion of the money he raised for statewide office in both his 1996 election campaign and his 2000 re-election campaign. Several of Locke’s former aides later took jobs at either Microsoft or Boeing.

Within a month of leaving the governor’s mansion in 2005, Locke joined the law firm Davis Wright Tremaine as a partner to specialize in lobbying and trade with China. The Seattle Times reported that within two years of leaving office, Locke had quickly emerged as “another kind of power broker, opening doors for big-name clients like Microsoft and Starbucks.”

Locke began making frequent trips to China and arranged high-profile meetings in the U.S. between then-Chinese President Hu Jintao and clients such as Microsoft and Boeing. He boasted to the newspaper that he had helped one banking client seek an exception to Chinese banking regulations to open up a subsidiary in the country.

After leaving his post as ambassador in 2014, Locke rejoined the firm to focus on Chinese trade issues. He also launched his own firm, Locke Global Strategies, to advise U.S. and Chinese companies on trade and investment issues.

Neither Locke nor Nyhus responded to our questions about how much APIC has paid Locke either before or after his term as ambassador. Wilson Chen said he could not disclose Locke’s APIC compensation.

APIC, meanwhile, touts several pictures of Locke on its website, including the ribbon cutting he attended in 2008. SingHaiyi, a Singapore-based investment company formed by Gordon Tang, received a “buy” rating for a prominent Malaysian bank last year; the bank argued that SingHaiyi’s ties to prominent politicians, including Locke, buoyed the firm’s reach into the U.S. real estate market.

Holman, the ethics expert, observed that while it is “unknown whether any strings were attached” to the real estate transaction between the family in charge of APIC and Locke, it would “be very hard for Locke not to feel a sense of indebtedness to someone who just handed him $1.6 million.” 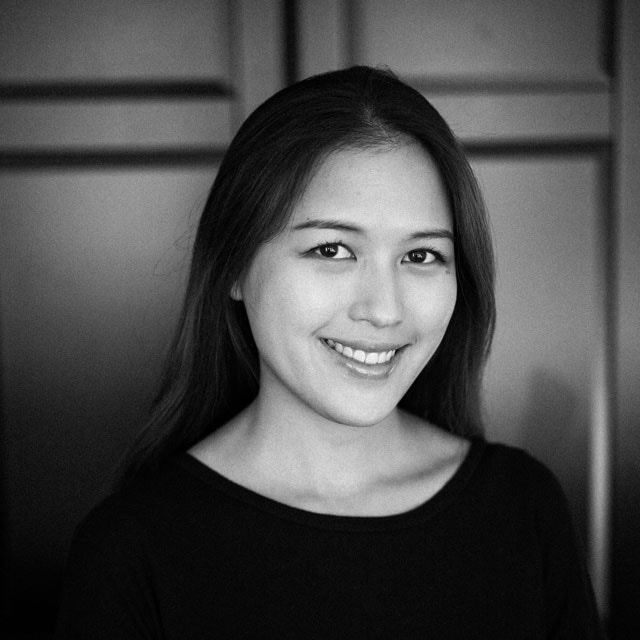