A British aid worker based in Aleppo exhorted American officials not to join Russian airstrikes against rebels in the city. 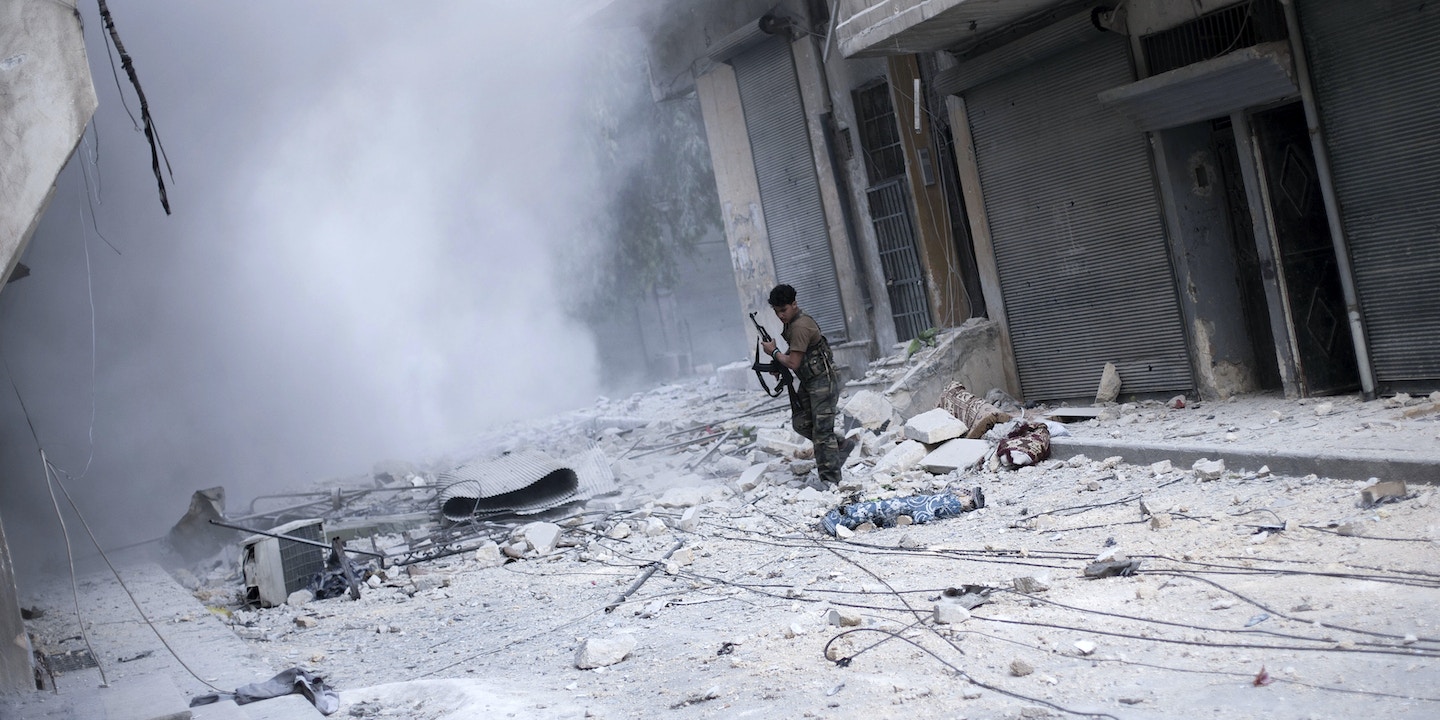 A British aid worker based in rebel-held eastern Aleppo says that reported plans by the United States and Russia to conduct joint airstrikes against the city are “ludicrous and diabolical” and, if carried out, would have a disastrous impact on civilians living there.

Tauqir Sharif, 29, speaking to The Intercept from a hospital in Aleppo, says that Russian and Syrian government airstrikes on the city are creating nightmarish conditions for ordinary people. The addition of American forces to the mix would compound the misery of civilians, while giving the impression that the United States was openly siding with the Assad government.

Last week, an alliance of Syrian rebels and Islamist groups broke the longstanding government siege on the eastern half of the city. Sharif says that since then, the frequency and intensity of airstrikes has increased. “There has been an almost constant bombardment from strikes because the regime is very, very angry that a corridor has been opened into the city from the south,” Sharif says. “The siege in some ways is still in place because it is very difficult to bring aid in due to constant airstrikes on vehicles driving the routes to the city.”

The sound of explosions could be heard in the background as Sharif spoke over a Skype connection.

The Syrian government has reportedly received extensive reinforcements from its allies over the past few days, after the rebel assault dislodged a siege that had been in effect for months. Reports today indicated that the rebel advance has now been halted by government forces. Russian officials have indicating their willingness to consider a ceasefire in the future, but for the time being, their air offensive against eastern Aleppo seems to be continuing.

“Both Russia and the Syrian government are bombing the city right now. We can tell because before the Russian intervention certain weaponry was never seen in Syria — now we have seen white phosphorus, cluster bombs, as well as unexploded weaponry with Russian markings,” Sharif says. “In the only children’s hospital left in East Aleppo, the conditions are absolutely horrific. It has moved underground to protect it from bombing but there is little oxygen, and if a fire were to start, no one would be able to escape.”

Sharif has been based in Syria for the past several years doing relief work in partnership with British aid organizations while documenting his experiences on the popular Facebook page “Live Updates from Syria.” Like other Westerners who have spent time in Syria, Sharif has reported being harassed by intelligence agencies. But he says that his work is vital in an area where international relief organizations rarely operate.

In recent months, the United States has repeatedly signaled plans to strike opposition forces in Syria, largely due to fears that al Qaeda-linked groups were making gains in the conflict. Last week’s successful rebel offensive to break the siege included members of Jabhat Fatah al-Sham, a former al Qaeda franchise that recently dissociated itself from the group but is still viewed as hostile by U.S. officials.

Despite the presence of such groups in the rebel coalition, Sharif says that Western perceptions of an uprising dominated by jihadists are misplaced.

“Most rebels here do not see America as an enemy. They see Russia, Assad, and Iran as their enemies, and they are fighting all these groups while at the same time also fighting ISIS. If America were to start bombing them now, it would be ludicrous and diabolical. It would create an even greater disaster for the people of Aleppo,” he says.

Exhorting the United States not to join the bombing campaign, Sharif said that officials contemplating such moves had fundamentally misunderstood what the conflict was about. “Most people in this city did not even originally want to overthrow the government,” he says. “They just wanted reforms, but they’ve been forced to fight because of the regime’s brutal response to their dissent.”

Top photo: In this Wednesday, Oct. 10, 2012 photo, a Free Syrian Army fighter looks for cover after firing his weapon against Syrian Army positions in the Karmal Jabl district in Aleppo, Syria.