The family foundation of Robert Mercer, co-CEO of the giant hedge fund Renaissance Technologies, gave $1.4 million to a man with 14,000 frozen urine samples. 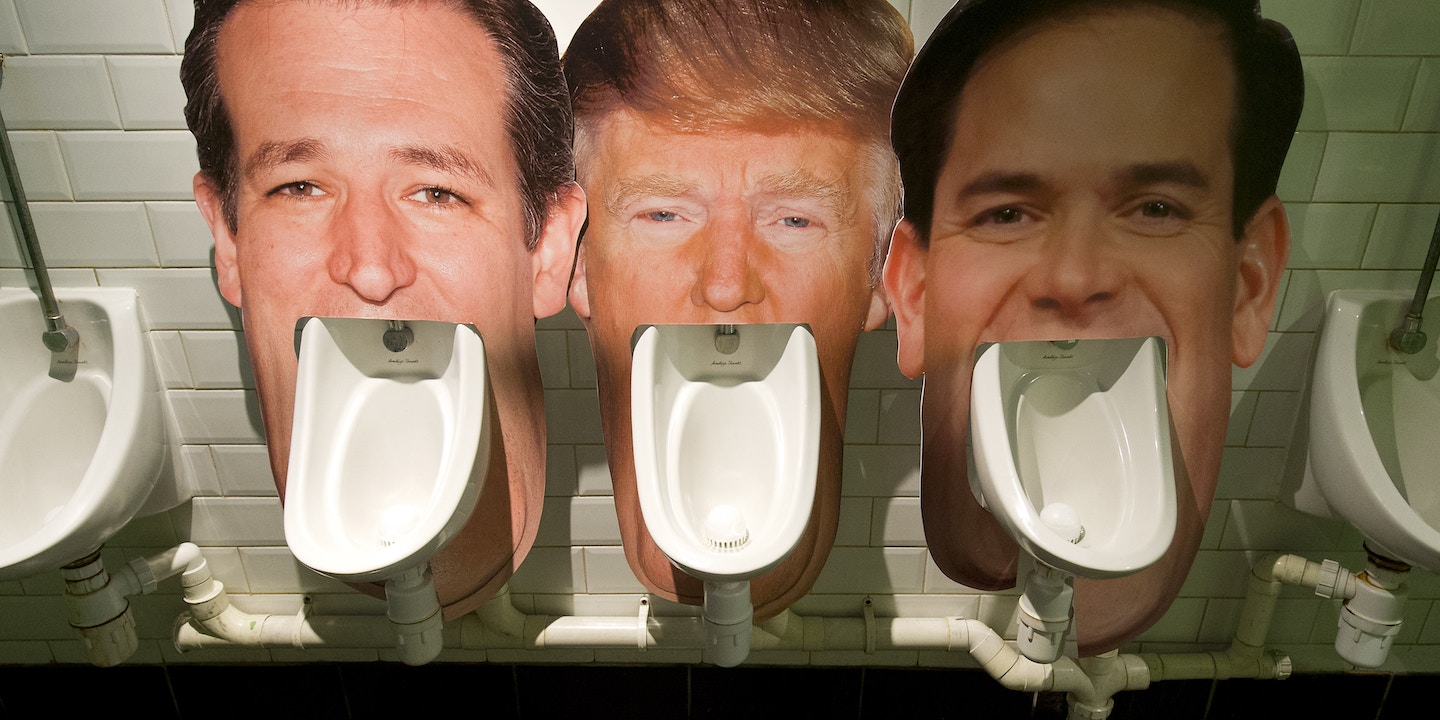 The New York Times, Wall Street Journal, and Washington Post have all noticed that Robert Mercer, co-CEO of the giant hedge fund Renaissance Technologies, has emerged as a key backer of Donald Trump.

Mercer, who first spent over $10 million trying to make Ted Cruz president, just gave $2 million to a Super PAC supporting Trump. Mercer is also a top investor in the Breitbart News Network. According to the Post, Mercer’s daughter Rebekah nudged Trump to bring in Stephen Bannon, Breitbart’s executive chairman, to run his campaign.

But here’s what the mainstream media won’t tell you: Robert Mercer and his daughter have also funded a gigantic stockpile of human urine in Oregon.

The urine stockpile is the project of Arthur Robinson, a chemist and founder of the Oregon Institute of Science and Medicine. Starting in 2005, the Mercer Family Foundation contributed at least $1.4 million to OISM, enabling Robinson to buy freezers to store his 14,000 samples of urine.

Robinson wants still more urine, as much as possible, and issues frequent appeals to the public to contribute. According to the OISM newsletter, Robinson is collecting it in order to “calibrate analytical procedures that can revolutionize the evaluation of personal chemistry — and thereby improve our health, our happiness and prosperity, and even the academic performance of our children in school.”

How exactly this will work is unknown. Robinson told Bloomberg earlier this year that “We’ve completed experiments here, which we could easily publish, but we want to wait until they are perfect.”

This might make you suspect that Robinson is a troubled crank, but on the other hand … well, there actually is no other hand. He also believes that global warming is a myth and feels that public education is America’s “most widespread and devastating form of child abuse and racism.”

The key political question now is whether Robert Mercer will be able to bring together his interest in Trump and urine. There’s no way to be certain how this will play out, but here are some potential paths that could be taken by a Trump administration:

The name of the Super PAC that Mercer is funding to elect Trump is — this is absolutely not made up — Make America Number 1. A cartoon from the Oregon Institute for Science and Medicine newsletter illustrates how urine analysis can increase your Life Remaining.