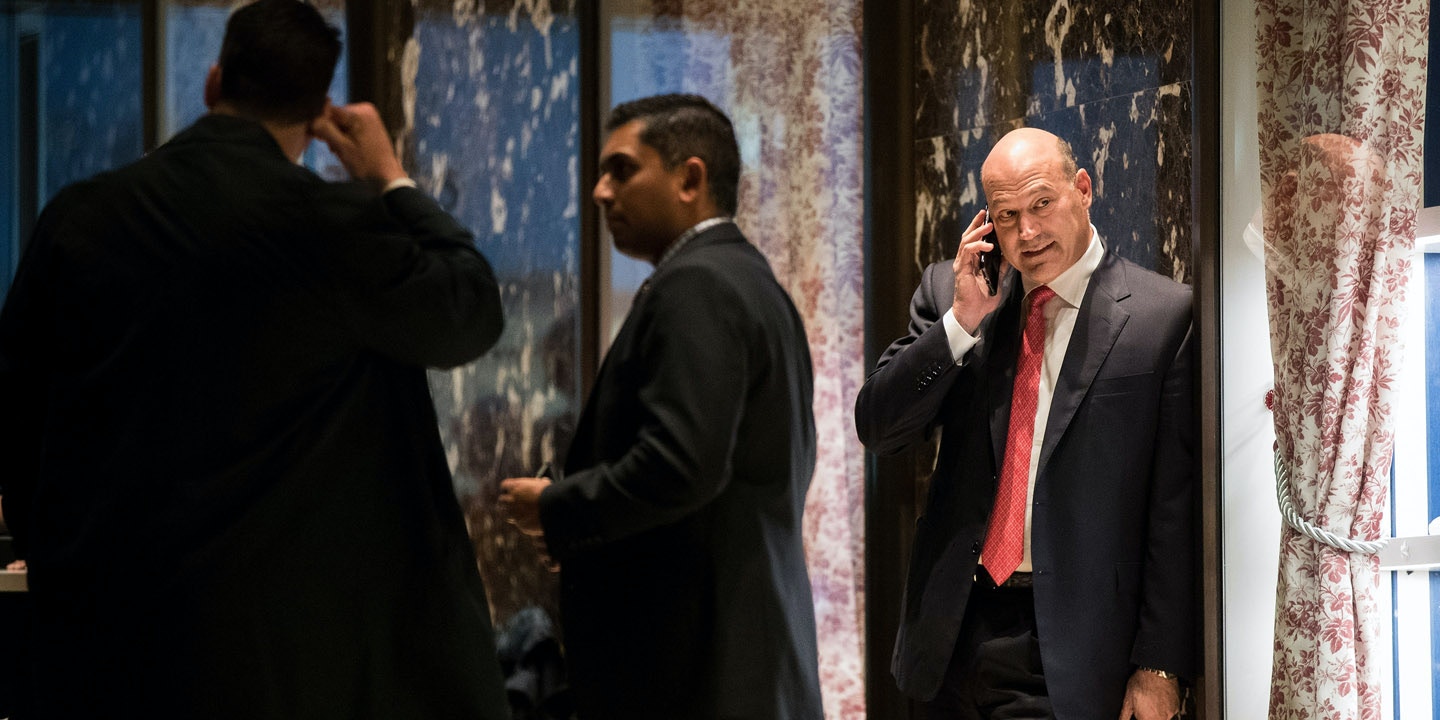 It’s now time for us, as a nation, to come together and congratulate the winner of the 2016 presidential election: Goldman Sachs.

Many Donald Trump voters likely believed his victory would be a loss for Goldman. At the Republican convention, a man who seemed to take Trump’s twitter attacks on Goldman seriously screamed “Goldman Sachs!” at Ted Cruz’s banker wife as she fled the convention floor. Trump’s own final campaign video declared that he would do battle against the “global power structure that is responsible for the economic decisions that have robbed our working class, stripped our country of its wealth and put that money into the pockets of a handful of large corporations” — as personified on screen by Goldman Sachs CEO Lloyd Blankfein.

But that was then. As Anthony Scaramucci, a hedge fund manager and top adviser to Trump, as well as a former Goldman Sachs banker himself, put it Thursday: “I think the cabal against the bankers is over.”

The headlines on Friday were that the director of Trump’s National Economic Council will be Gary Cohn, the president and chief operating officer of Goldman Sachs. Meanwhile, Trump’s pick for treasury secretary is Steven Mnuchin, a one-time Goldman Sachs partner whose father was also a Goldman partner. Stephen Bannon, Trump’s chief strategist, also once worked for Goldman.

Of course, a Hillary Clinton win would have been a victory for Goldman Sachs too. She was paid $675,000 by Goldman for three speeches, had previously received large campaign donations from Blankfein, and her son-in-law runs a hedge fund whose investors include Blankfein.

Goldman also won the election in 2008 and 2012. Barack Obama received more money from Goldman Sachs employees than any other corporation. Tim Geithner, Obama’s first treasury secretary, was the protege of one-time Goldman co-chairman Robert Rubin. Obama’s Justice Department never went after Goldman criminally, despite the copious evidence from a Senate investigation that it had broken the law.

Before that, Goldman won the election in 2000 and 2004. George W. Bush plucked Hank Paulson directly from Goldman — where Paulson was chairman and CEO — to be his treasury secretary. Paulson then oversaw the huge Wall Street bailout that kept Goldman from collapsing (so it could later make Blankfein a billionaire) with help from former Goldman banker Neel Kashkari. And they were just two of the voluminous number of Goldmanites staffing the Bush administration.

Goldman’s 1992 and 1996 victories manifested themselves when the president before Bush, Bill Clinton, made Rubin his treasury secretary. Rubin played a central role in the repeal of Glass-Steagall, a Depression-era banking law that separated commercial and investment banking. During the 2008 Goldman took advantage of the absence of Glass-Steagall to turn itself into a bank holding company, giving it additional access to lending from the Federal Reserve.

Goldman Sachs stock has gone up 33 percent in value since the 2016 election, and Blankfein himself is purring like a kitten. Trump, he says, is not “dangerous” and “I am not pessimistic at all because he won. … Mr. Trump may turn out to be a much better president than anyone else might have been in that place.”

What about the direct personal attacks on him? “That was the rhetoric in the heat of the political battle; I didn’t take this personally.” This is quite a contrast with Blankfein’s perspective on Bernie Sanders’s denunciation of him this spring, which he said was “dangerous.”

So have all the elections you want. Democrats and Republicans can lose; it happens all the time. But Goldman Sachs always wins.

Top photo: Gary Cohn as he arrived at Trump Tower on Nov. 29.