In a first, crucial test of whether Democrats would present a united front to defend human rights and civil liberties in the Trump era, they failed. 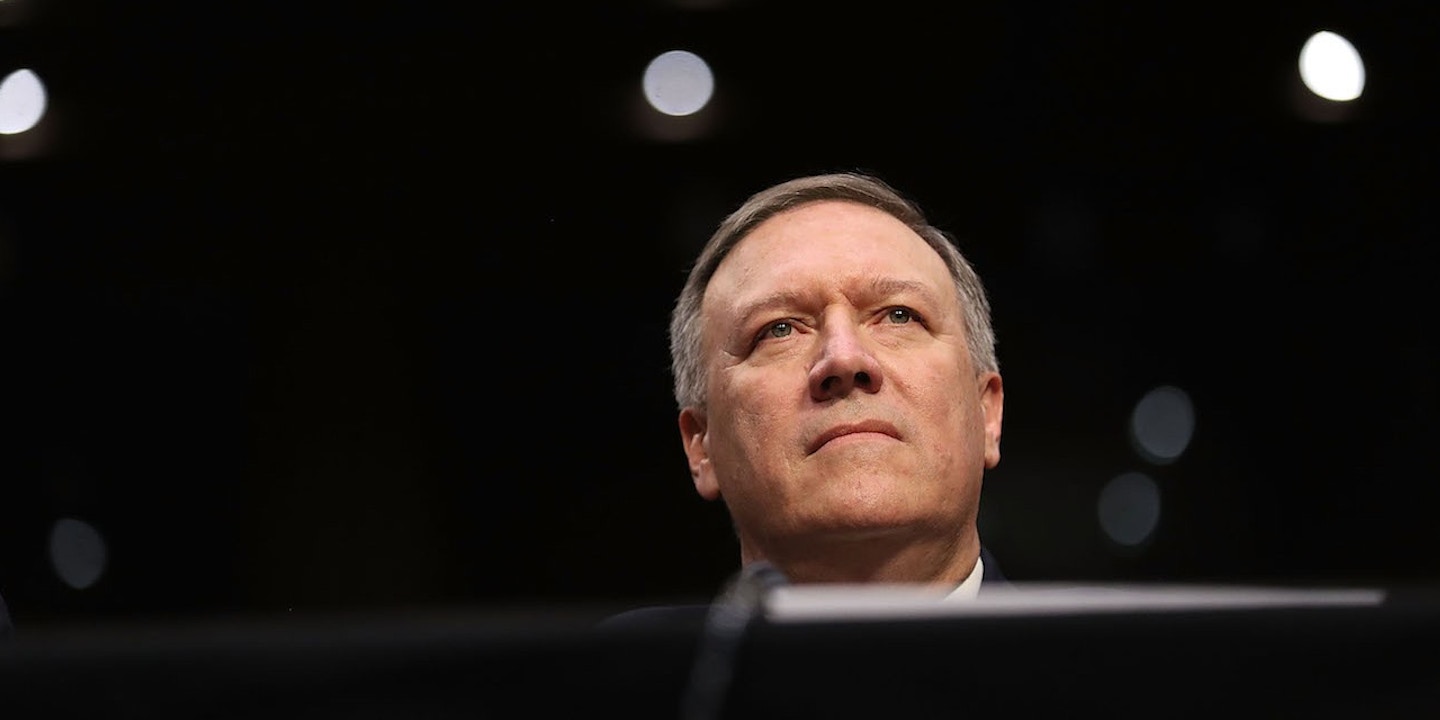 Fourteen Senate Democrats joined all but one Senate Republican in confirming Rep. Mike Pompeo as the new CIA director on Monday evening, failing a crucial first test of whether Democrats would present a united front to defend human rights and civil liberties in the Trump era.

Sen. Rand Paul, R-Ky., was the lone member of his party to vote against his confirmation.

Pompeo is a far-right Kansas Republican who has in the past defended CIA officials who engaged in torture, calling them “patriots.” Last week, he left the door open to torture by acknowledging in his written responses to the Senate Intelligence Committee that he would be open to altering a 2015 law prohibiting the government from using techniques not listed in the Army Field Manual.

As a member of Congress, he repeatedly appeared on the radio program hosted by anti-Muslim activist Frank Gaffney, and has portrayed the war on terror as a conflict between Islam and Christianity. He has also claimed that “Islamic leaders across America [are] potentially complicit” in terrorism because they supposedly don’t speak out against it, which is not true.

While Pompeo’s confirmation was opposed by Human Rights Watch, it netted votes from a variety of Senate Democrats, including the caucus’ leader: Chuck Schumer of New York.

In addition to his stances on torture and Islam, Pompeo has also come under fire for his views on surveillance. In a 2016 op-ed in the Wall Street Journal, he attacked a 2015 law that that he voted for, which ended the bulk collection on phone records by the NSA. The op-ed calls on the government to collect “all metadata” and “lifestyle” details on Americans.

The CIA is prohibited by executive order from conducting electronic surveillance inside the United States. But the specific rules and policies governing CIA surveillance are secret and can be reinterpreted without public debate. Despite a push for transparency following the revelations in documents from NSA whistleblower Edward Snowden, the Obama administration did not declassify a secret legal opinion about the CIA’s collection of financial records. And days before President Trump took office, the Obama administration issued new rules that would allow the CIA to sift through much of the raw data the NSA collects on Americans.

In his confirmation hearing, Pompeo tried to assure Sen. Ron Wyden, D-Ore., that there were “legal boundaries” to compiling dossiers on Americans, but that the government would be “grossly negligent” to ignore “publicly available” information.

On the Senate floor Monday, Wyden called Pompeo “the wrong man for the job.”

“On issue after issue,” Wyden said “the congressman has taken two, three, or four positions, depending on when he says it and who he is talking to. He has done this with surveillance, with torture, with Russia, and a number of other subjects.”

He added: “Congressman Pompeo does not seem familiar with the broad consensus that torture, in addition to being illegal, immoral and contrary to our national values, does not work.”

But Virginia Democratic Sen. Mark Warner, the ranking Democrat on the Intelligence Committee, said on the floor that although he does “not agree with some of the views that Congressman Pompeo” holds, he “convinced me that he will follow the law banning torture.”

She continued: “While Pompeo sailed through his confirmation hearing, his written answers to the Senate contradict his earlier testimony and could lay the groundwork for the agency to return to torture and secret detention. Torture is a war crime and a grave human rights violation.”

The Democrats who voted to confirm Pompeo were:

Angus King, the independent from Maine who caucuses with Democrats, also voted in favor of Pompeo’s confirmation.

Connecticut Democrats Richard Blumenthal and Chris Murphy did not vote.