Executives for prison companies and border security contractors are telling investors they are bullish on the Trump agenda. 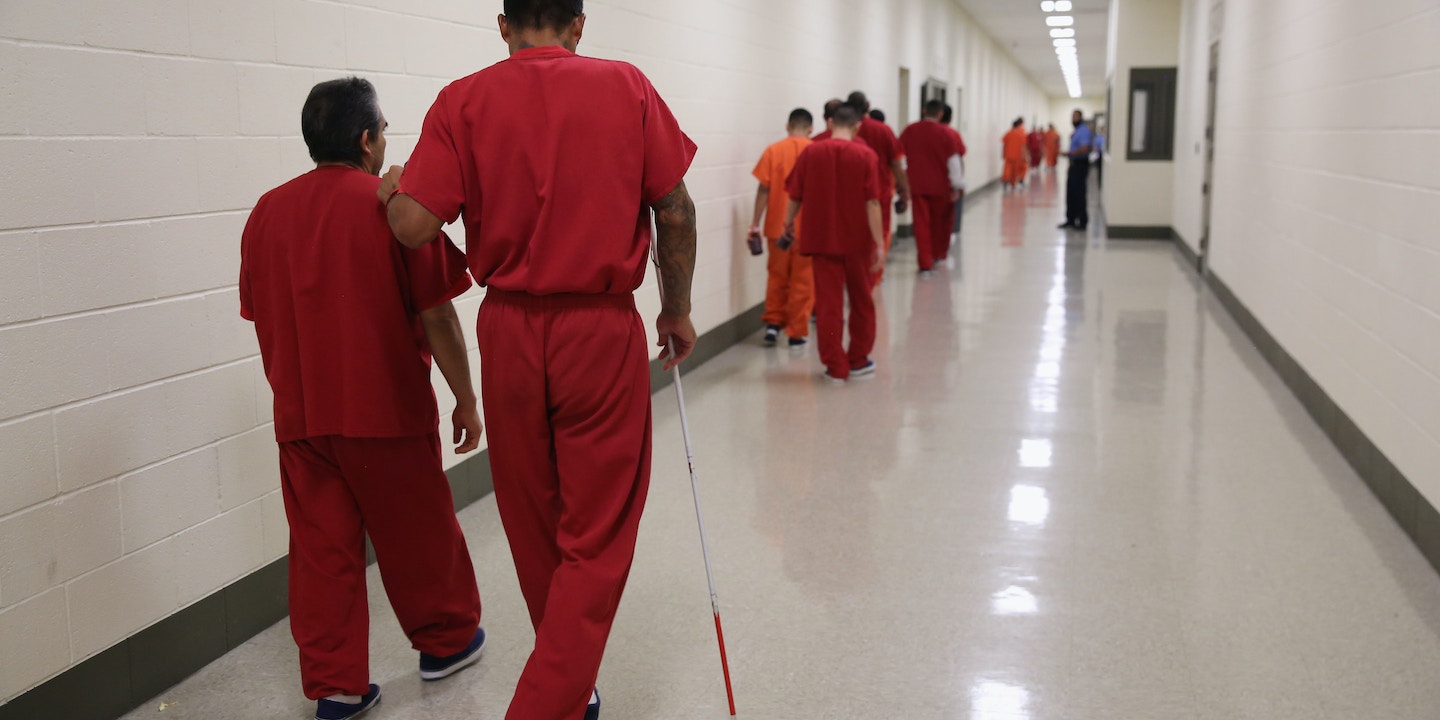 Geo Group, one of the largest private prison corporations in the world, hailed President Donald Trump’s newly-announced immigration plans on a call with investors Wednesday and said that even more business could be on the way if a Republican congressional proposal to expand the incarceration of certain immigrants make it into law.

“With the respect to detention services, in support of border security, we would continue to be the largest provider of detention services to the three largest government agencies, that is ICE, the Bureau of Prisons, and the U.S. Marshals Service,” George Zoley, the chief executive of the company, boasted.

“With this increased and expanded approach to border security the first agency that will need additional capacity is ICE,” Zoley said, referring to the administration’s broad immigration orders.

The Trump administration’s announcement on Tuesday that it will end so-called “catch-and-release” policies — effectively requiring longer detention times for certain undocumented immigrants arrested at the border — could bring in new business for the firm. “I believe ICE has been visiting various facilities to expand its capacity,” Zoley noted. Undocumented immigrants arrested in other parts of the country will likely be detained in Federal Bureau of Prisons facilities; the firm manages 26 federal prison centers

Responding to a question from Deutsche Bank analyst Kevin McVeigh about whether demand from government might require the firm to build out additional detention capacity, Zoley raised the prospect of “Kate’s Law,” legislation proposed by Sen. Ted Cruz, R-Texas, and Rep. Steve King, R-Iowa, that would impose a mandatory five-year minimum sentence for aliens who illegally re-enter the country.

“If that passes, that creates certain additional bed capacity that we haven’t contemplated yet,” Zoley said, noting that federal officials may be “doing their planning work” to prepare for the proposal. The bill is named after Kate Steinle, who was accidentally shot in San Francisco by Juan Francisco Lopez-Sanchez, a mentally ill individual who had re-entered the country after being previously deported.

Geo Group isn’t the only company celebrating the Trump/GOP immigration agenda. CoreCivic, the private prison firm formerly known as Corrections Corporation of America, announced on its earning call earlier this month that the firm expects new business. “When coupled with the above average rate of crossings along the southwest border, these executive orders appear likely to significantly increase the need for safe, humane, and appropriate detention bed capacity that we have available,” CoreCivc chief Damon Hininger noted.

In addition, contractors that serve law enforcement say they are expecting a flood of new border security contracts. Unisys, L-3 Technologies, CACI International, and Motorola Solutions have mentioned in recent weeks that they view border security as a growth area.

“In general, we feel bullish that our focus is increasingly the focus of the new administration,” said Peter Altabef, the chief executive of Unisys Corporation, on a call with financials analysts last earlier this month. “So clearly on things such as border security, which is our largest client in the federal government, I would say we’ve become increasingly bullish about that,” he added.

Andy Teich, the president and chief executive of FLIR Systems, which makes specializes cameras used on the U.S.-Mexico border, said on a call with investors last week that he feels “pretty good” about Trump’s southern border security initiatives. “Border Patrol likes us. We’ve got a very good reputation and track record with CBP. And I think no matter what ends up going on, if there’s more money being spent on the border, it’s reasonable to think that thermal imaging and FLIR will be a part of that,” he added.

As we previously reported, Geo Group was one of the first large publicly-traded firms to make significant campaign contributions to the Trump election effort last year. The firm gave $50,000 to a pro-Trump Super PAC and $45,000 to the Trump campaign via its joint fundraising committee with the Republican National Committee. CoreCivic also donated $250,000 to Trump’s inauguration, recent filings show.

The political investments have paid off. The stocks for both companies have rebounded substantially. After reports last year that the Obama administration might end most federal government contracting with private prison firms led to record lows, the stock price for both Geo Group and CoreCivc are again reaching new heights.

Top photo: A blind detainee walks with a fellow immigrant at the Adelanto Detention Facility on Nov. 15, 2013, in Adelanto, California. The facility, the largest and newest Immigration and Customs Enforcement (ICE), detention center in California, is managed by the private GEO Group.