“I assure you this is no deal for anyone but Carl Icahn,” said Emily Skor of Growth Energy, a biofuels advocate. 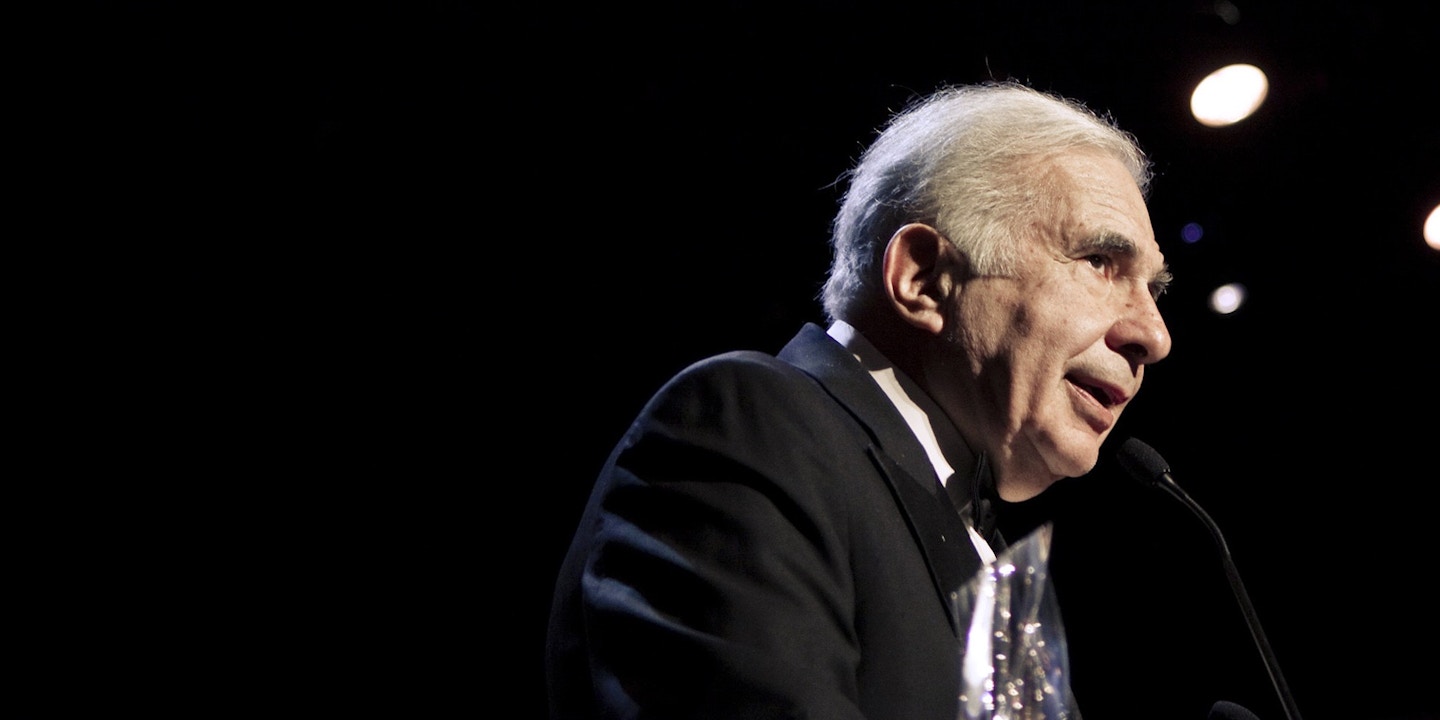 Critics are charging that billionaire investor Carl Icahn has used his position as Donald Trump’s deregulatory czar to strong-arm the ethanol lobby into agreeing to a change that will save one of Icahn’s companies $200 million a year.

If so, this would be the most obvious example yet of crony capitalism in the Trump era.

Trump named Icahn as deregulatory czar in December, saying he would be “a leader in helping American entrepreneurs shed job-killing regulations that stifle economic growth.” But because Icahn was a “special adviser” to the president with no formal White House position, the administration said he did not have to divest from any of his prodigious financial holdings. At the time, observers noted that Icahn would have a perfect opportunity to advise on deregulatory actions that would line his own pockets.

Tyson Slocum, director of the Energy Program at Public Citizen, said that is exactly what has come to pass. “There’s no question that Icahn is playing a very big role here,” he said. “People need to call it what it is, the administration manipulating the system.”

The backdrop for this drama is the government’s renewable fuel standard, which requires all gasoline sold in America to contain a minimum volume of renewable sources — generally corn-based ethanol.

One of the more arcane elements of the current rule is that oil refiners are responsible to make sure the rule is followed — not the gasoline wholesalers (or “blenders”).

Icahn is the majority owner of CVR Energy, a refiner which does not have the infrastructure to blend ethanol. As a result, CVR must buy renewable fuel credits to comply with their obligation.

In its most recent SEC filing, CVR stated it spent $205.9 million last year on renewable fuel credits. Shifting the point of obligation to blenders would relieve CVR of that expense. “That’s big money, even to a billionaire,” Slocum told The Intercept.

Not surprisingly, Icahn has long wanted the renewable-fuels industry to agree that the obligation should belong to the wholesalers, not the refiners.

And all of a sudden this week, the top renewable-fuels trade organization reversed its previous position and announced that it had reached an agreement with Icahn, on his terms.

The excitement began Monday night, when Politico Pro reported the Trump administration would soon issue an executive order moving that obligation to the wholesalers.

On Tuesday, a Trump spokesperson denied an executive order was imminent. But the same day, the Renewable Fuels Association (RFA), the ethanol industry’s top trade group, struck a deal with Icahn, agreeing to change the point of obligation in exchange for an increase to how much ethanol must be placed in gasoline. Under the deal, the 15 percent ethanol blend, or E15, would be mandatory year-round; currently that mandate is relaxed in the summertime.

This would also financially benefit Valero Energy, the oil giant that, like Icahn, owns refineries that cannot blend ethanol. Valero’s renewable division recently joined RFA, becoming its largest member. Icahn Enterprises and Valero did not respond to a request for comment.

Icahn, Valero, and RFA presented the deal to the Trump administration, complete with draft language for an executive order. Ethanol companies immediately savaged the agreement, saying it would throw the renewable fuels market into turmoil and potentially cost consumers more — all to give Icahn and Valero a payday.

Jeff Broin, CEO of Poet, the nation’s largest ethanol producer, said in a statement, “It’s a bailout. This was a back-room ‘deal’ made by people who want out of their obligations under the Clean Air Act.”

The Fuels America coalition, another industry player, went so far as to sever ties with RFA, saying they were “no longer aligned with America’s biofuel industry.” Emily Skor of Growth Energy, a biofuels advocate, was more blunt: “I assure you this is no deal for anyone but Carl Icahn.”

The controversy deepened when Bob Dinneen, president and CEO of RFA, told Bloomberg that he made the deal because “I was told in no uncertain terms that the point of obligation was going to be moved, and I said I wanted to see one of our top agenda items moved.” He added that he was “told the executive order was not negotiable.” This backed RFA into a corner, forcing it to join with Icahn to get something out of the deal.

Dinneen did not say who told him about the executive order, or what role Icahn may have played.

Update: March 2, 2017, 11:33 a.m.
RFA President and CEO Bob Dinneen released the following statement to The Intercept: “We received a call from an official with the Trump administration, informing us that a pending executive order would change the point of obligation from refiners to position holders at the terminal, a potentially small increase in the number of obligated parties, but one which would distribute the obligation more equitably. Despite our continued opposition to the move, we were told the executive order was not negotiable. Our top priority this year is to ensure consumers have year-round access to E15 (15% ethanol) and we would like the Trump administration to help cut through the red tape on this unnecessary regulation. Consumers are being denied access to the fuel blend due to EPA’s nonsensical disparate treatment of E10 and E15 with regard to volatility regulations, preventing E15 from being sold during the summer. We will continue to do everything we can to ensure consumers have access to the lowest cost, cleanest, highest octane source of fuel in the world, and to ensure a strong RFS is maintained.”

On Tuesday, Public Citizen called on the Justice Department to “launch an immediate investigation into the role Mr. Icahn played during the transition and currently plays as a formal adviser to the president.”

There were already signs that Icahn had influenced Trump on this particular issue. Last September, the campaign posted an unusually technical policy platform supporting Icahn’s preferred point of obligation change. After it was discovered, the campaign took it down within hours. Icahn also was reportedly involved in vetting Trump’s choice of Scott Pruitt as Environmental Protection Agency administrator. Pruitt would have the ultimate authority to make the new rules Icahn seeks.

“From Icahn’s point of view, you want to make it clear that the administration is going to move on this,” said Slocum. “The easiest way is to create buzz about the executive order.” Putting the industry’s biggest trade group on the side of something Icahn wants increases the odds of success. Securing agreement with RFA also stops it from taking legal action if the point of obligation is changed.

Both Republican senators from Iowa, the nation’s leading biofuel state, oppose the change Icahn wants. Sen. Joni Ernst called it something that would benefit “a select few.”