A dean resigned over the incident, which has advocates worried about a chilling effect not only among student activists, but faculty, too. Late last year, the California State University at Fresno began soliciting applicants for a newly created Edward Said Professorship in Middle East Studies, a teaching role named after the late Palestinian-American public intellectual. In a job posting, the school described the role as a “tenure-track, academic-year position” teaching courses on the Middle East and helping develop the school curriculum on the region. Said was famously known as an advocate of Palestinian nationalism in the United States as well as the author of the groundbreaking work of cultural criticism “Orientalism.”

Last week, however, after months of evaluating candidates, Fresno State abruptly announced that it would not be filling the role this year. While the school cited “procedural errors” as a reason for the cancellation, academics at the school, including one professor who resigned in protest, are claiming that the school is engaging in an act of academic censorship.

In a resignation letter issued last week, Vida Samiian, the longtime dean of Fresno State’s College of Arts and Humanities, said that a pressure campaign had targeted the search committee for the professorship, and that the school had balked at having four Arab-American finalists for the role. “I have decided to resign in objection to the unethical and discriminatory cancellation of the Edward Said Professorship,” Samiian wrote. “The administration carried out the vicious and discriminatory attacks launched by Israel advocacy groups against the search committee and the four finalists who were of Middle Eastern and Palestinian ethnicity.” 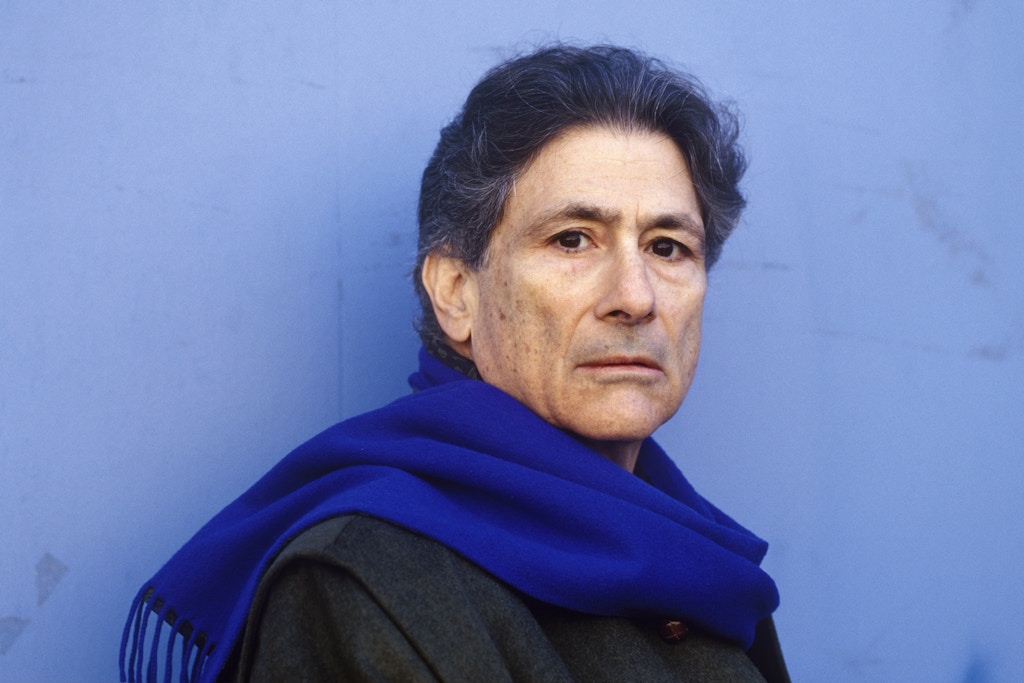 Palestinian author Edward Said poses while in Paris to promote his book on Nov. 25, 1996.

Amid the debate about campus free speech in recent years, a lot of ink has been spilled over the alleged excesses of left-wing students who have often sought to shut down unpopular speakers and events on American campuses. But the suppression of speech and activism on Israel-Palestine differs markedly in that it is taking place on a systemic level — targeting both activism and scholarship and often taking place with the connivance of school administrations and under pressure from outside pro-Israel groups. In recent years, a number of schools have shut down academic programs, banned Palestinian student groups, and even criminally prosecuted students for protesting events held by Israeli government officials.

And, with the latest flap at Fresno State, advocates for Palestinian rights are worried that even the appearance that the school folded to a pressure campaign could have a chilling effect on faculty and their scholarship.

Speaking to The Intercept, Samiian, the former Fresno State dean, said that she had decided to resign in protest as a last resort, seeing it as the only way left to bring attention to the increasingly intolerable level of academic suppression on Israel-Palestine.

“This pattern of behavior has always existed on campus and goes to a longer campaign to attack Middle East studies programs,” she said. “I served 10 years as dean of this college and have been the target of attacks many times. Ultimately, I felt that resigning was the only option left and only way to tell the story of what happened.”

Fresno State, for its part, denied that there had been either any discrimination or a pressure campaign. “During the search, the university was never pressured by any individual or group to cancel the search based on candidates’ ethnic background or political point of view,” Lynnette Zelezny, the school’s provost, said in a statement forwarded to The Intercept. “In particular, the individuals who determined to cancel the search and reopen it next year were not exposed to any pressure from any source at any point in time during the search. It is unfortunate that attention has been improperly directed to this unfounded allegation.”

A petition initiated by activists in response to Fresno State’s decision to cancel the hire has collected hundreds of signatures from academics across the United States and Europe, calling on the school to reinstate the search for a candidate. But there is little indication that the school plans to change course.

Particularly troubling to some activists is the role that outside advocacy groups play in suppressing academic freedom. In her resignation letter, Samiian referenced the role played by the website Canary Mission in influencing the search committee. Canary Mission has become notorious for its blacklists of pro-Palestinian student activists and professors and for public databases intended to threaten their future career prospects over their stances on Israel-Palestine.

“For years, Israel advocacy organizations like Canary Mission and others have been blacklisting students and professors, pressuring administrators to silence political advocacy around Palestinian rights,” says Naomi Dann, media coordinator of Jewish Voice for Peace, a progressive Jewish-American organization working on the Israel-Palestine conflict. “This instance at Fresno State is particularly concerning because it seems that outside pressure from Israel advocacy organizations succeeded in preventing the university from hiring a professor for a position working on Palestine and related issues.”

The affair at Fresno State followed a flap last month where a professor of Native American Studies at Dartmouth College, who had been offered a deanship at the school, was forced to withdraw after being targeted by a public campaign over his support for the Palestinian civil society-led boycott, divestment, and sanctions movement. In another high-profile 2014 incident, Palestinian-American professor Steven Salaita lost a tenured position he had been offered at University of Illinois at Urbana-Champaign after criticism of social media postings he had made about the conflict. Following a lawsuit, the school ultimately settled with Salaita for over $600,000 in damages, though it refused to concede wrongdoing.

In 2016, the legal monitoring organization Palestine Legal registered 258 instances of suppression of campus speech on Israel-Palestine, roughly 10 percent of which targeted faculty. But these cases are only “the tip of the iceberg,” said Liz Jackson, a staff attorney at Palestine Legal. Many more students and faculty have simply become too afraid to engage in activism or critical scholarship about Israel-Palestine, for fear of the inevitable blacklisting and threats that follow.

“We get calls on a weekly and often daily basis from people asking us if it’s safe to be involved with campus groups like Students for Justice in Palestine,” she says. “People are very hesitant to speak because they are concerned about how their future will be affected.”

Jackson cited a recent example of a young woman who contacted her to inquire if it would be safe to speak out publicly about Israel-Palestine on campus. The woman was a green card holder from a country targeted by President Donald Trump’s ban on travel from select Muslim-majority countries and was concerned that getting involved in activism on this subject would jeopardize her family’s immigration status. “She told me that she wants to be a civic leader, but she’s a black Muslim woman and is afraid of what will happen to her and her family if she is profiled and accused of being a terrorist,” Jackson said. “I had to give her an answer that I never want to give, which is that there really might be consequences if she is profiled by advocacy groups and accused of being at terrorist because of her stance on this issue.”

Along with the concerns felt by individual students and faculty, Jackson said that a “McCarthyite” environment is being created more broadly on campuses, driven by institutional pressure to censor opinions on the issue. This pressure will have an inevitable chilling effect on scholarship in the long term, with faculty and students increasingly self-censoring to avoid scrutiny.

“There are courses that are not offered, dissertations that are not written, faculty who are denied positions, students who won’t join activist groups or attend lectures — all because they are afraid of the likely consequences,” says Jackson. “This isn’t just a problem for people who care about Palestinian human rights. It’s a problem for anyone who cares about keeping our universities places of rigorous learning and open inquiry, especially in the Trump era.”

Top photo: Ryan Branagan carries a sign during a protest in support of Palestine in Boston, Tuesday, March 18, 2014 after the Northeastern University student organization “Students for Justice in Palestine” was “temporarily suspended for multiple violations of university policy over an extended period of time,” according to a university statement. in Boston, Tuesday, March 18, 2014. Branagan, from Pittsburg, Penn., was a Masters candidate in History at Northeastern concentrating on the history of the Middle East.