Hacked emails reveal how the UAE sought to discredit reporting about its machinations and rights abuses — and how the Obama White House pushed back. 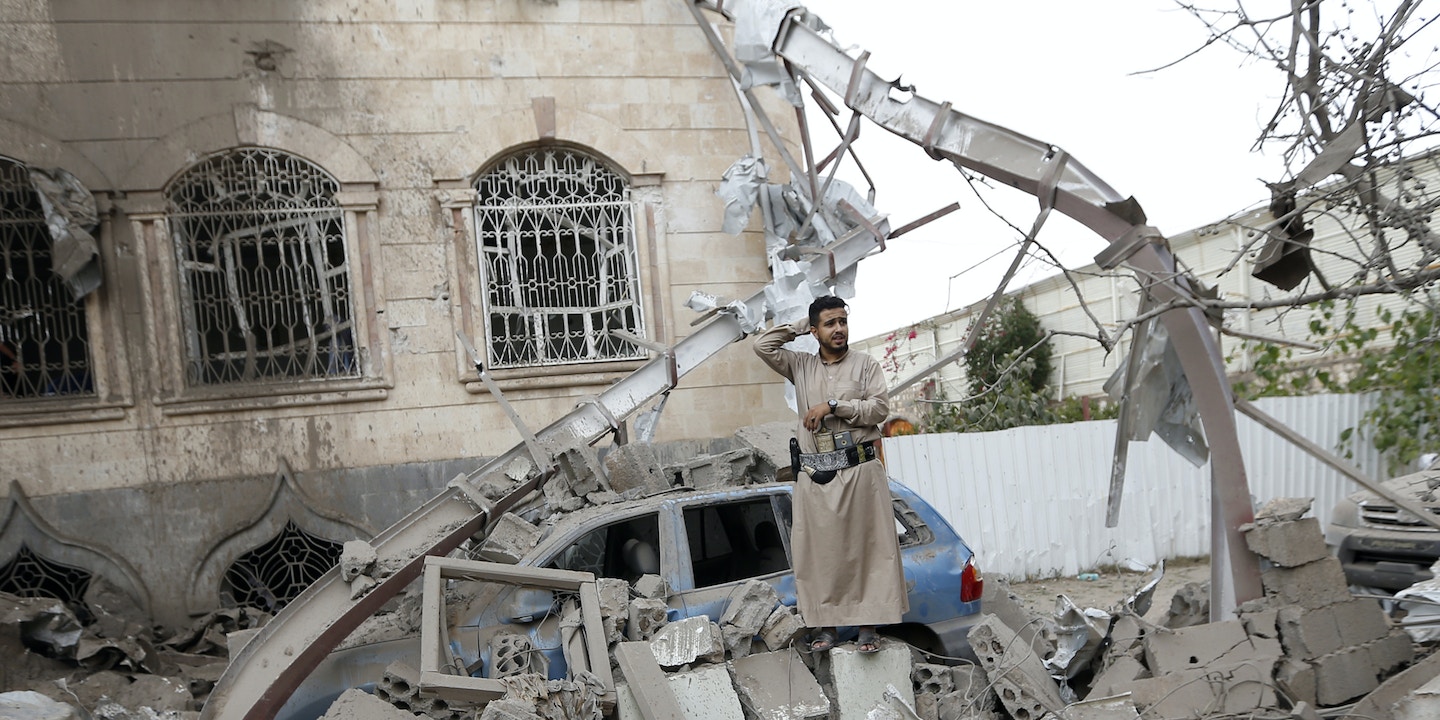 Part of keeping close relationships with serial human rights violators, as the U.S. does, is the constant pressure from those governments to ignore their reported abuses. That dynamic was on full display in a hacked email exchange between the United Arab Emirates’ influential ambassador to the U.S. and a top Obama national security official. The sometimes testy back-and-forth between allies, which was obtained by The Intercept, shows how friendly foreign governments lobby the White House on human rights, and how the White House sometimes pushes back.

During the exchange, which took place in June 2016, the UAE’s Ambassador Yousef al-Otaiba tries to convince Robert Malley, then a top Middle East advisor to President Barack Obama, that human rights reporting critical of the U.S.-backed bombing coalition in Yemen was unfairly biased. The UAE is a key member of the Saudi-led coalition in the Yemen war, which has killed thousands of people, destroyed hospitals, food sources, and water infrastructure, and left 7 million people on the brink of starvation.

In the exchange, Otaiba tried to persuade Malley that reporting by the British-based news agency Reuters was unfairly biased. Otaiba focused on a Reuters report that said Arab monarchies had pressured then-U.N. Secretary General Ban Ki-Moon into removing the Yemen coalition from a U.N. list that shames countries for killing children. The Reuters story claimed that Persian Gulf state foreign ministers had threatened to withhold millions of dollars of from U.N. humanitarian programs. In an extraordinary press conference two days later, Ban all but confirmed the report.

At the time, Louis Charbonneau, the lead journalist on the Reuters story, had accepted a job to become U.N. director at the New York-based advocacy group Human Rights Watch and would leave Reuters the following month. The link to Human Rights Watch alone was enough to convince Otaiba that the report was hopelessly biased.

“My point is some of the media coverage is biased,” Otaiba wrote to Malley in the exchange.

Malley, who told The Intercept the emails were authentic but declined to comment further, responded in disbelief to Otaiba’s note within several minutes. “Seriously? Believing in human rights is a bias?” he wrote. “I assume you think media coverage of the whole U.N. report affair was biased too.”

“You’re joking right??” Otaiba wrote back incredulously. “You actually want me to believe that a reporter who is now going to be employed by HRW will cover the Yemen war objectively?? Please.”

Charbonneau, the former Reuters journalist, told The Intercept that his story was “unassailable” — calling it “meticulously researched” — and noted that Ban had essentially confirmed it. “The facts speak for themselves,” Charbonneau said, “whether or not some diplomats like it.”

Otaiba went on to argue that Human Rights Watch set an unachievable standard. “And of course we believe in human rights,” the UAE ambassador wrote. “But some of these groups create a platinum standard that no one lives up to. Remind [sic] to tell you about my meeting with HRW when I first came to D.C.”

Sarah Leah Whitson, who directs HRW’s Middle East and North Africa work, told The Intercept that she has had a meeting with Otaiba, but could not recall the timing because she did not have her records on hand. Whitson, however, fired back at Otaiba’s refutations of HRW’s credibility. “The UAE crying that Human Rights Watch is biased against them ignores the work that we do in 19 countries across the Middle East and North Africa and the work that we do in almost 100 countries around the world,” she said. “There are few countries that have been as extreme in rejecting criticism of their human rights record.”

In addition to its conduct in the Yemen war, HRW has been critical of abuses in the UAE both against migrant workers and treatment of internal dissenters, including alleged torture and forced disappearances. “The UAE’s criticism of Human Rights Watch has only mounted in the face of Human Rights Watches reporting on its record of torture and abuse within its own country,” Whitson said. “When you combine that with their nefarious pursuit in Yemen — for example, their involvement in hundreds of unlawful attacks against civilians — you can see why they might be going off the rails. This is not a government that tolerates any criticism at all, let alone criticism of its human rights record.” In 2014, UAE denied Whitson entry to the country.

In the email exchange with Otaiba, Malley eventually struck a lighter tone. “I love our disagreements because we always think the other one is joking! Journalists, U.N., international organizations — all biased against the KSA” — a reference to the Kingdom of Saudi Arabia, the regional leader that the UAE often follows.

Otaiba bristled at the suggestion that he was reacting on Saudi Arabia’s behalf. “I never mentioned Saudi,” he wrote, “I’m talking about pre-existing sympathies or biases on certain issues and how they can be conflated with an issue like human rights. I’m pretty sure you’re not trying to convince [sic] that every single journalist on the planet is the epitome of moral rectitude.”

The UAE embassy did not respond to requests for comment.

Otaiba is an influential voice in D.C. foreign policy circles, known for his galas and lavish dinner parties pitching U.S. support for aggressive and interventionist action by the U.S. in the middle east. These days, Otaiba’s influence is waxing thanks to his close relationship with President Donald Trump’s son-in-law and top adviser Jared Kushner. The two keep “almost constant phone and email contact,” according to Politico.

Earlier this month, hackers began releasing screenshots of emails from a Hotmail account that Otaiba used for business. The hackers have sent the screenshots to various news websites, including the The Intercept, the Daily Beast, Al Jazeera, and HuffPost.

Last week, the hackers sent The Intercept multiple email exchanges about the Yemen war. The Intercept is withholding some of the exchanges because they could not be independently authenticated, and others because we did not judge them to be newsworthy.

The hackers refer to themselves as “GlobalLeaks,” and have previously claimed to be affiliated with the website “DCLeaks.” The U.S. intelligence community has accused the Russia government of operating DCLeaks, and it’s unclear if the “GlobalLeaks” hackers are affiliated with Russia or just trying to give that impression.

When asked about their motivations, the hackers responded in broken English by email that they were “not affiliated with any country or religion,” but added that their goal was to “make America great again.”

Since the Otaiba-Malley email exchange, UAE forces in Yemen have themselves faced heavy criticism for human rights violations. In January, UAE commandoes took part in a botched U.S. Navy SEAL operation that killed 10 children. Last week, the Associated Press revealed that the UAE was running a clandestine network of torture prisons in southern Yemen that feed intelligence to the U.S. military.

Top photo: Yemenis stand on the rubble of houses destroyed in a suspected Saudi-led coalition air strike in Sanaa on June 9, 2017.