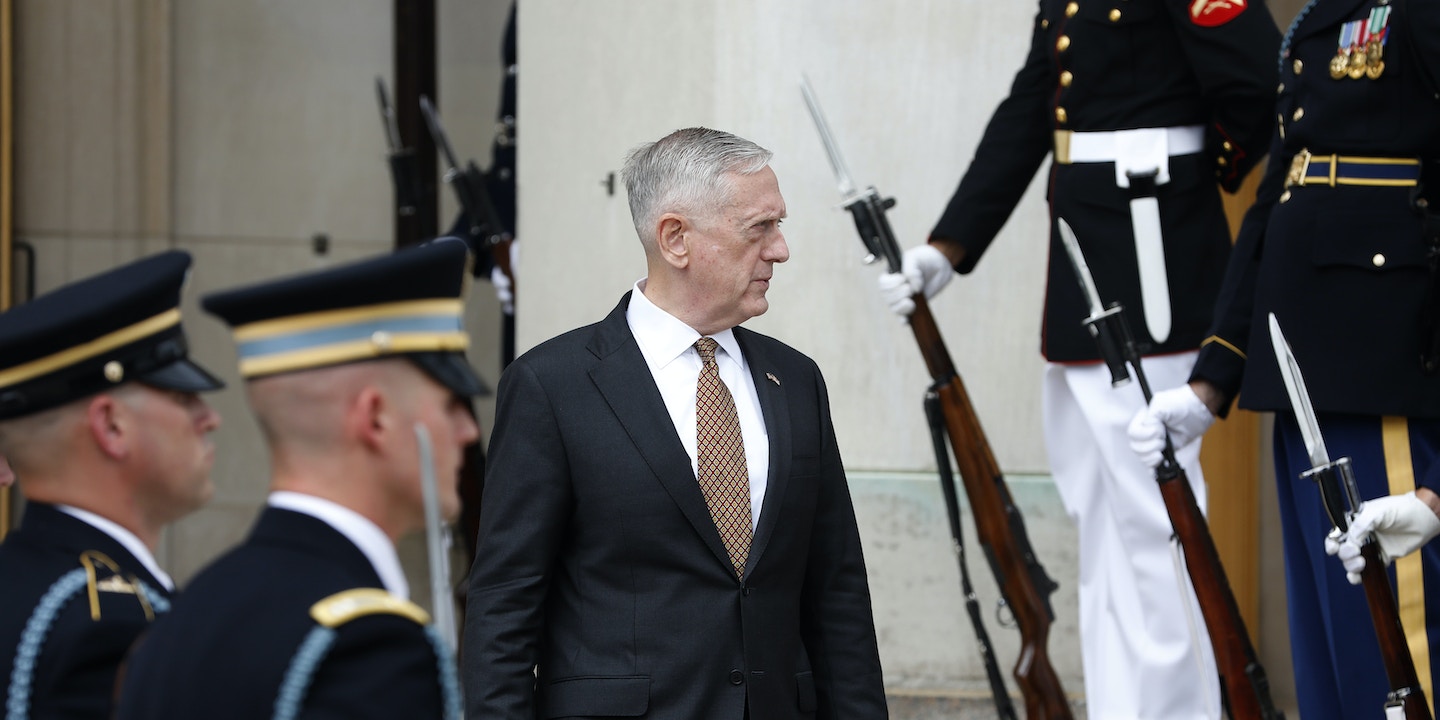 Speaking at a troop event last week, Secretary of Defense Jim “Mad Dog” Mattis offered up the kind of rhetoric that helped earn him his nickname.

And it leaves stenographers to grapple with the question: When a sailor curses like a sailor, what does the official government transcript look like?

For last week’s event at Naval Base Kitsap in Washington state, the stenographers just rolled with it.

“That means you’re not some pussy sitting on the sidelines, you know what I mean, kind of sitting there saying, ‘Well, I should have done something with my life.’ Because of what you’re doing now, you’re not going to be lying on a shrink’s couch when you’re 45 years old, say, ‘What the hell did I do with my life?’ Why? Because you served others; you served something bigger than you.”

Mattis, of course, serves a president who is no stranger to what he calls “locker room talk,” but Trump’s infamous use of the word was meant literally, not metaphorically.

I wish — I was I was young enough to go back out to sea, although I will admit it takes a special kind of person to be in submarines. I was in the Marines, and there’s a world of difference between a submariner and a Marine, you know what I mean? (Laughter.)

I spent seven days underwater once on a submarine so small it’d fit in half of this thing, and I was never so happy as when I got back to the surface, you know what I mean? (Laughter.)

Top photo: U.S. Secretary of Defense James Mattis awaits the start of an honor cordon welcoming UK Secretary of State for Defence Sir Michael Fallon at the Pentagon on July 7, 2017, in Arlington, Virginia.