The Taliban Tried to Surrender and the U.S. Rebuffed Them. Now Here We Are.

Donald Trump is about to repeat the same mistakes the U.S. has already made in its never-ending war in Afghanistan. 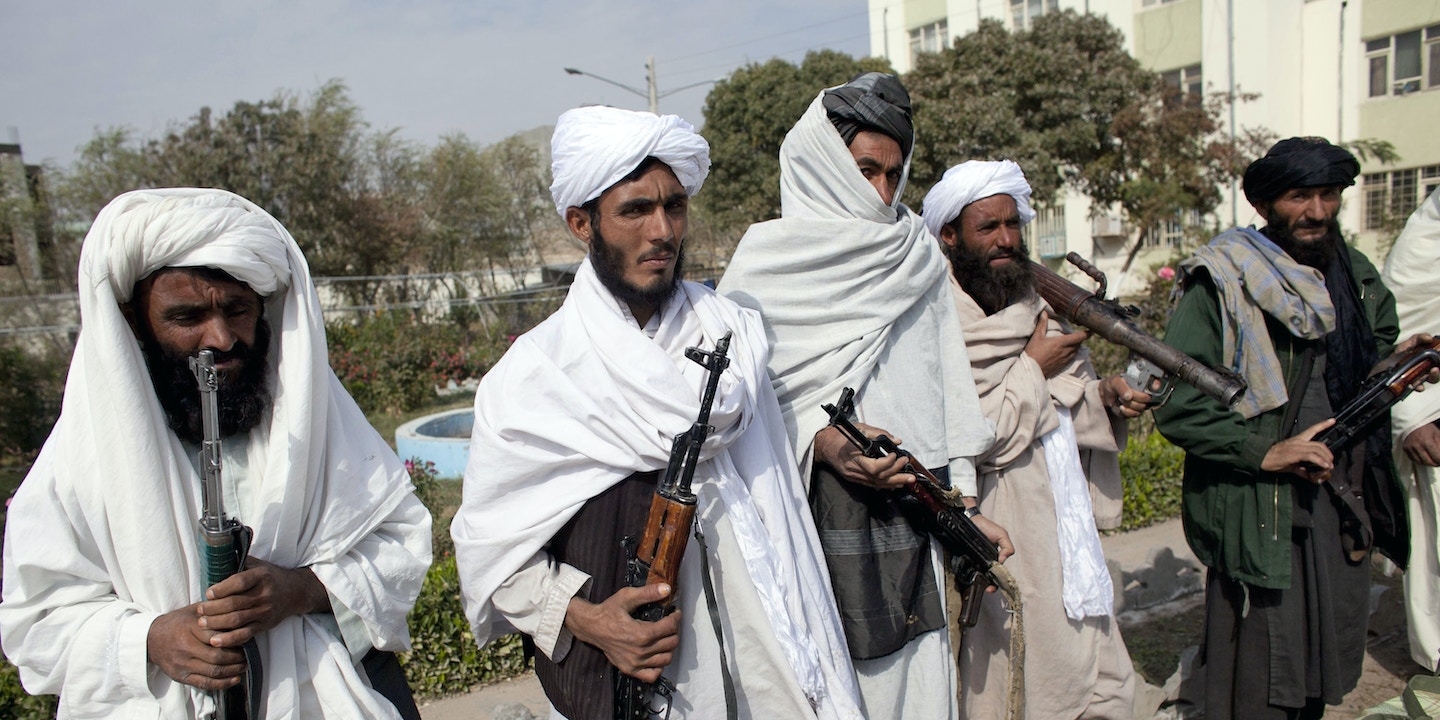 Did you know that shortly after the U.S. invaded Afghanistan, the Taliban tried to surrender?

For centuries in Afghanistan, when a rival force had come to power, the defeated one would put down their weapons and be integrated into the new power structure — obviously with much less power, or none at all. That’s how you do with neighbors you have to continue to live with. This isn’t a football game, where the teams go to different cities when it’s over. That may be hard for us to remember, because the U.S. hasn’t fought a protracted war on its own soil since the Civil War.

So when the Taliban came to surrender, the U.S. turned them down repeatedly, in a series of arrogant blunders spelled out in Anand Gopal’s investigative treatment of the Afghanistan war, “No Good Men Among the Living.”

Only full annihilation was enough for the Bush administration. They wanted more terrorists in body bags. The problem was that the Taliban had stopped fighting, having either fled to Pakistan or melted back into civilian life. Al Qaeda, for its part, was down to a handful of members.

So how do you kill terrorists if there aren’t any?

Simple: Afghans that the U.S. worked with understood the predicament their military sponsors were in, so they fabricated bad guys. Demand has a way of creating supply, and the U.S. was paying for information that led to the death or capture of Taliban fighters. Suddenly there were Taliban everywhere. Score-settling ran amok; all you had to do to get your neighbor killed or sent to Guantánamo was tell the U.S. they were members of the Taliban.

Doors would be kicked in, no questions asked. The men left standing became warlords, built massive fortunes, and shipped their wealth abroad. “We are not nation-building again,” President Donald Trump declared Monday night. Well, we never were, unless building high-rises with looted cash in Dubai counts.

After a few years of this charade, after their surrender efforts were repeatedly rebuffed, the old Taliban started picking up guns again. When they were driven from power, the population was happy to see them go. The U.S. managed to make them popular again.

Liberals then spent the 2008 presidential campaign complaining that the U.S. had “ignored” Afghanistan — when, in reality, the parts of the country without troop presence were the only parts at peace, facing no insurgency against the Afghan government, such as it was. Then President Barack Obama came in and launched a surge in troop levels while simultaneously announcing a withdrawal — coupled with a heightened focus on night raids, relying on the same system of unreliable intelligence that had netted so many uninvolved people already.

And now Trump says he has a new and better strategy. He says the U.S. needs to get Pakistan more involved — except, of course, Pakistan’s intelligence service has been propping up the Taliban for decades.

Gopal’s book is the definitive account of how the war went off the rails. It reads like a novel, but is an all-too-real portrait of three Afghans as they lived through the war — a pro-U.S. warlord, a Taliban commander, and a housewife. I’d suggest Trump read it — the book provides a dire warning against the sort of war effort the president is about to double down on — but it’s longer than a page, which his advisers say is the max he’ll digest. And besides, the only thing he seems interested in is the fact that Afghanistan has a bunch of minerals he thinks the U.S. is owed.

Before Trump spends the windfall he hopes to reap from mining Afghanistan, he should consider one starting reality: We are now losing a war to an enemy that already surrendered. That’s not easy to do.

(This piece is rant-ier than what I normally write because it first appeared as an email. Sign up here to get future rants.)

Top photo: Surrendering Taliban militants stand with their weapons as they are presented to reporters on Nov. 4, 2010 in Herat, Afghanistan.