This Illinois Democrat vying to be the state’s next governor picked a democratic socialist as his running mate — a sign of growing socialist influence. 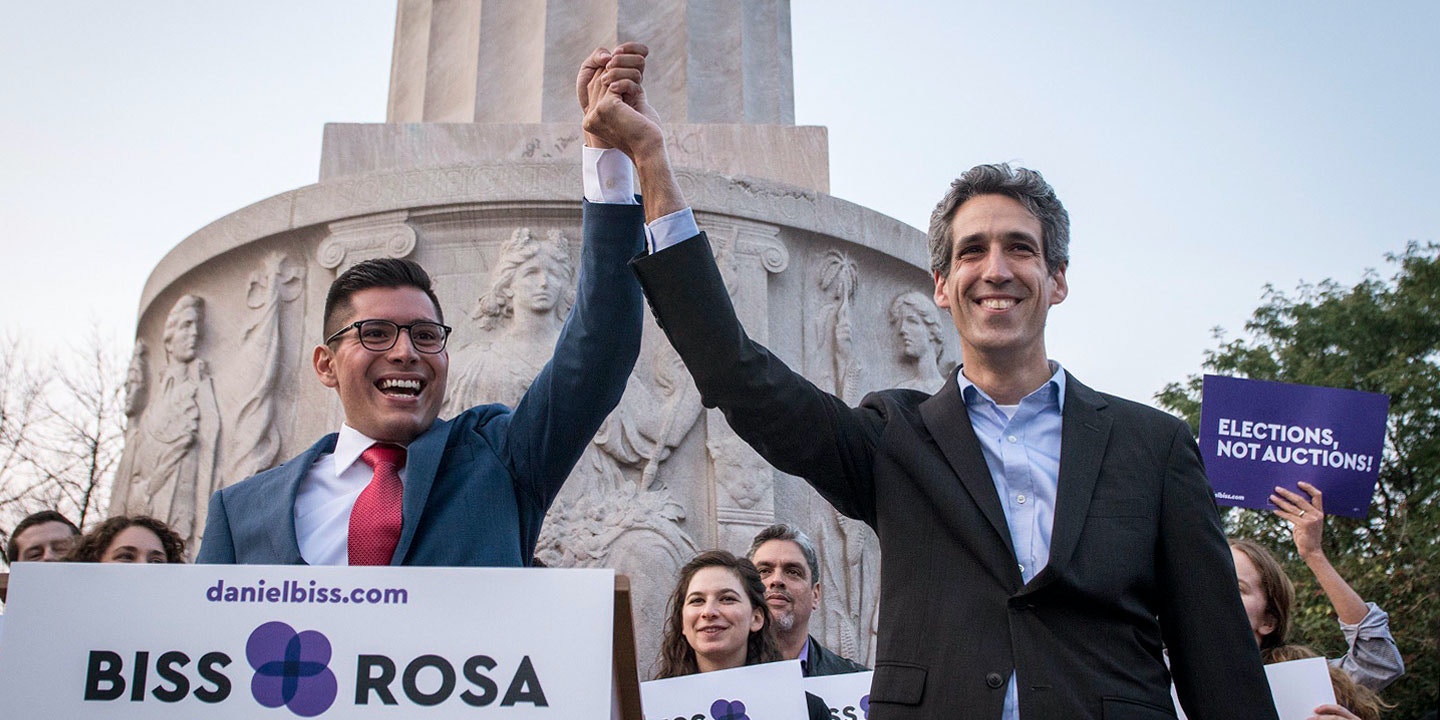 Illinois Democratic state Sen. Daniel Biss is running an uphill race for his party’s gubernatorial nomination. He faces a $21 million problem — that’s the amount Hyatt Hotel heir J.B. Pritzker, also vying for the Democratic nomination, has put into his own campaign.

But Biss is countering his capitalist opponent by picking as his running mate someone who is Pritzker’s direct opposite: a democratic socialist.

At a rally Thursday night, Biss announced that Chicago Alderman Carlos Ramirez-Rosa, a member of the Democratic Socialists of America, would be his running mate.

In his speech, Rosa takes multiple digs at Pritzker (though without naming him) warning against replacing 1 billionaire gov w another pic.twitter.com/U7xJMLJGhH

“There’s something much more powerful than money and political machines, and that’s organized people,” Ramirez-Rosa said at the event, a clear reference to the hill the pair have to climb in running against Pritzker and other elements of the establishment.

“We’re at a defining moment for our party and our state,” Biss said in a statement explaining the pick. “As I thought about who to choose as a running mate, I thought about how Illinois needs a lieutenant governor who deeply believes in grassroots politics. We need someone who is a progressive in their core, who is unafraid to take on entrenched power, and unashamed to always stand with the working families of Illinois.”

In a state where the Democratic Party runs a notoriously tight machine that demands obedience to leadership, Ramirez-Rosa has been a consistent thorn in the side of the party’s establishment. At 26 years old, he won office in 2015 as the youngest member of Chicago’s city council, defeating an incumbent backed by Mayor Rahm Emanuel’s super PAC.

Earlier this year, Ramirez-Rosa spoke at the Democratic Socialists of America biannual convention. He made no bones about his determination to take aim at both the Republicans and the establishment of his own party. “As democratic socialists, we know that just as rigorously as we resist the right wing and their mouthpiece president, so too must we resist the neoliberal Democrats,” he said.

Biss and Ramirez-Rosa will be campaigning on a platform of establishing a public financing system for Illinois elections, enacting a single-payer health care system, and moving the state toward ranked-choice voting. The primary is in March 2018.