Imagine if Devin Kelley had been a Muslim man.

This past Sunday morning, Devin Patrick Kelley walked into a small country church in the rural south Texas town of Sutherland Springs and shot nearly every single person in the building — brutally slaughtering 26 innocent men, women, and children, and critically injuring at least 20 others. 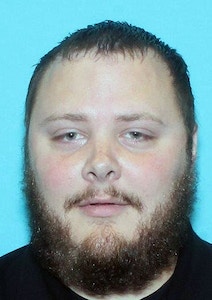 Devin Patrick Kelley, 26, is seen in his drivers license photo.

It immediately became the deadliest church shooting in the history of the United States and one of the deadliest mass shootings in our nation’s history.

The attack came just a few weeks after another man, Stephen Paddock, armed with a nearly unstoppable arsenal of semi-automatic weapons, shot an unthinkable 546 people in Las Vegas — and killed 58 of them.

Soon after that shooting, I wrote a column stating that white privilege in America is so strong that even Paddock, the deadliest single mass shooter in American history, was getting preferential treatment in death. Virtually any nonwhite shooter would have seen their story and their communities treated in a less preferential way.

It’s happening again in Texas, but this time it might be worse. Kelley shot and killed multiple children. He shot and killed a pregnant woman. He killed senior citizens. The man had absolutely no regard for human life when he strapped on black tactical gear, loaded up rounds and rounds of ammunition, and walked straight into that church and rained down horror on that close-knit congregation.

We had warning signs galore.

We had warning signs galore. Kelley beat his first wife. While in the military, he assaulted his infant stepson so badly that he fractured the boy’s skull, having hit the child with what the Air Force said was “a force likely to produce death or grievous bodily harm.” The chief prosecutor in the case said that Kelley openly admitted to the abuses.

He served only 12 months in a military prison for what he did. To give that perspective, the rapper Meek Mill was just sentenced to two to four years in prison for violating his parole when he was ticketed for riding a dirt bike. I have a friend in prison right now serving several years for selling small amounts of weed to his friends. But Kelley fractured a child’s skull and got out in a year.

After he was released, white privilege continued to protect him in case after case.

Police were called on Kelley multiple times for abusing women. In 2013, he was investigated for rape and sexual assault. After moving to Colorado, police were again called — this time for cruelty to animals, after Kelley was seen punching his dog in the head; he was cited for a misdemeanor.

Kelley was given break after break. We need to examine how that happens. For the past six months, I’ve spent nearly every waking moment of my life either in the Bronx or studying the New York City borough. I’ve taken a deep dive into neighborhoods where families and children never get a second chance. If you break the law, you go to jail, then you go to prison, normally for a very long time. If you are even suspected of breaking the law, it doesn’t matter if you are a child or a grown man, you go to Rikers, where you may wait for months or even years just to see a judge. In the Bronx, mostly black and brown kids can spend years in jail or prison for crimes they never committed.

White privilege not only protected Devin Kelley in life, it is protecting his name and his actions even in death.

Somehow, these harsh circumstances of the American justice system were never really brought upon Kelley. He lives in a universe altogether different than black and brown families in the Bronx – one in which he gets a perpetual pass, or light sentences, for violence and intimidation.

All the way back in 2012, when he fractured his stepson’s skull, he was supposed to never be able to purchase a firearm again. But the Air Force claims they basically forgot to file the federal paperwork that would’ve flagged Kelley in the system — ultimately allowing him to purchase the assault rifle and ammunition used in his rampage on Sunday.

It was that same white privilege that allowed Kelley to post pictures of his AR-15 on Facebook, bragging about how awesome it was, without even a hint of fear of the ramifications of such a post on social media. The U.S. had already taught Kelley that he could pretty much say or do whatever the hell he felt like doing, and not have the full force of the law visited upon him.

Had any Muslim man in America, particularly a Muslim man with a history of violence, posted pictures of himself on social media with an AR-15, best believe the feds would be knocking on his door.

Like Paddock, white privilege not only protected Kelley in life, it is protecting his name and his actions even in death.

Last week in New York, when a man was arrested in Manhattan for deliberately driving a rented Home Depot pickup truck over unsuspecting pedestrians, killing eight of them, President Donald Trump called the man, Sayfullo Saipov, a “degenerate animal.”

ISIS just claimed the Degenerate Animal who killed, and so badly wounded, the wonderful people on the West Side, was "their soldier." .....

Trump also called on the government to completely terminate an immigration plan that allowed Saipov to enter the country in the first place. He then called Saipov a terrorist. And then Trump said Saipov should get the death penalty.

Day after day, Trump railed against this man — not because of some utilitarian calculus that he caused more harm than Kelley, because he didn’t. From all indications, Saipov also didn’t have a history of violent crime that we know of. Yet he was derided for days on end by Trump. Trump called for “extreme vetting” of all immigrants, the cancellation of government programs, and more — all because of what Saipov did.

Yet when Trump was asked if another type of “extreme vetting” — on those who wish to purchase assault weapons — could’ve stopped the Texas attack or future attacks like it, he flatly said no: It would’ve made “no difference” whatsoever, Trump said.

Kelley, not Saipov, was the man whose history should have indicated to authorities that he posed a risk. He was brutal and cruel everywhere he called home — and yet nothing was done. And yet it is Kelley that the president of the United States treats with kid gloves.

Extreme vetting absolutely could’ve made this attack more difficult to pull off. Had Kelley been banned from purchasing weapons the way he was supposed to be banned, it would’ve presented a significant obstacle on his path. Had the justice system taken his repeated violent acts seriously, it could’ve set into motion government and other actions to prevent Kelley from hurting people. A ban on assault rifles could’ve made it much more difficult for Kelley to get the gun he used.

Yet here we are — more horror and violence — in a country determined to protect the white men causing it, in life and in death.