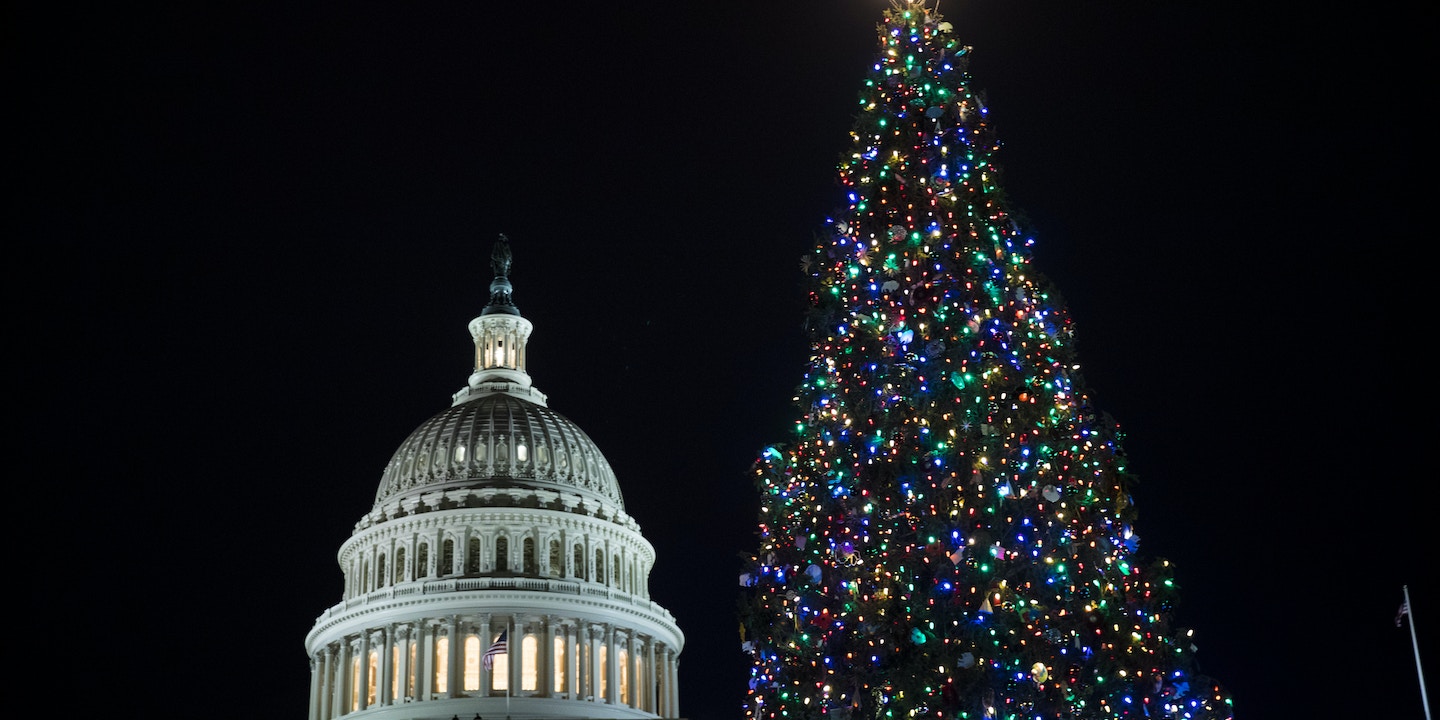 As lawmakers scramble to place the final touches on the biggest overhaul of the United States tax code in three decades, lobbyists hope to bring some holiday cheer with a lavish schedule of daily holiday parties and receptions for legislators and their staff.

The annual tradition of serving limitless supplies of free hors d’oeuvres and wine has gone on for years, uninterrupted by any administration or Congress, despite Democratic and Republican promises to crack down on special-interest influence.

Throughout Washington, D.C., this month, special-interest groups will be hosting scores of glitzy holiday parties. In years’ past, legislators, congressional staff, and government officials have been routinely invited to and attended these events.

“Businesses and their lobbyists use holiday receptions as significant influence-peddling events,” said Craig Holman, an ethics and campaign finance expert with Public Citizen.

The Intercept obtained several of the invites making the rounds on Capitol Hill this holiday season. The events include parties hosted by CropLife America, the trade group representing the pesticide industry; the Financial Services Roundtable, a lobby group for banks such as Citigroup and JPMorgan; and Lockheed Martin, the world’s largest defense contractor:

While ethics rules prohibit lobbyists from taking lawmakers and staff out to dinner or lunch, nothing prevents a lobbyist from throwing a reception or holiday party. The House Ethics Committee requires that events must be attended by 25 people and “relate to the Members’ or employees’ official duties.” The committee also notes that food must be served in small portions.

Special-interest groups rely on that carve-out to throw opulent events loosely related to a policy agenda, where they serve hors d’oeuvres that don’t approach the size of a full serving of a meal. Event tickets often carry a disclaimer that the reception or party “has been planned to comply with congressional ethics rules for such events,” but there’s little stopping interest groups from hosting luxurious events designed to please public officials.

Ethics rules were supposedly tightened through the Honest Leadership and Open Government Act of 2007, a reform bill passed after the Jack Abramoff lobbying scandal. Abramoff, who wined and dined public officials, once owned a steakhouse called Signatures that regularly hosted lavish receptions and holiday parties for lawmakers Abramoff and his associates were attempting to influence. The high-flying lobbyist and 22 others, including one member of Congress, were convicted of corruption and bribery charges. The parties serve a dual purpose. Special-interest groups gain access to decision-makers in public office and simultaneously get a prestige boost as a result of the attendance of VIP politicians. In 2015, New York Mayer Bill de Blasio posed for the cameras with former Sen. Al D’Amato, now a prominent corporate lobbyist, at D’Amato’s holiday reception.

Businessman Paxton Baker posted a selfie on Instagram next to a grinning Sen. Mike Enzi, R-Wyo., at the American Trucking Association holiday party this week. Enzi is one of the members chosen by Republican Senate leadership to conference with the House of Representatives to finalize the tax reform legislation.

“While all such receptions must still treat all attendees equally — no special gifts for lawmakers or staff — the receptions nowadays flaunt the rules against lavishness, with the blessing of the congressional ethics committees, who could insist on reasonable frugality but do not,” Holman said.