A court ordered HUD to enforce an Obama-era rule to improve access to housing in high-income neighborhoods for more than 200,000 low-income families. 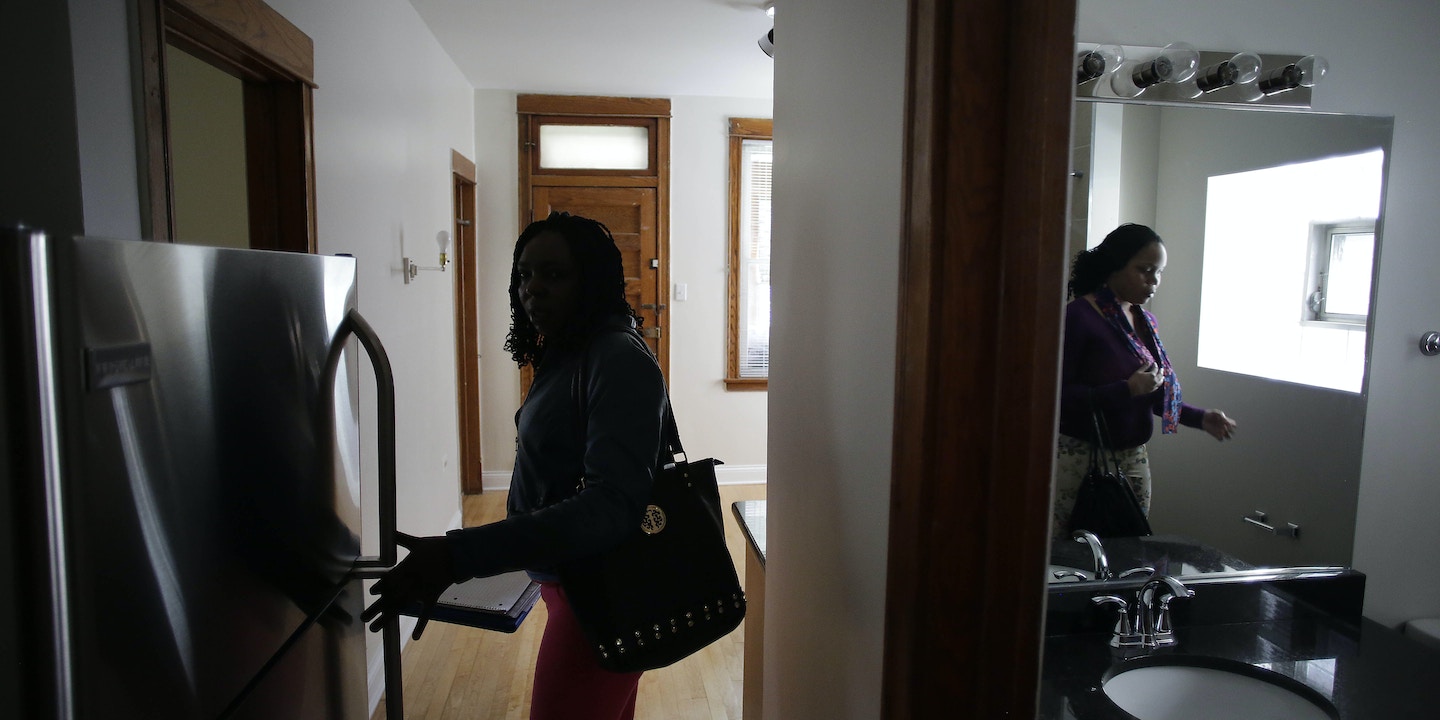 Ben Carson will soon deliver a major victory for civil rights activists on behalf of the Trump administration, implementing a new rule that will give more than 200,000 low-income families in 24 cities significantly improved access to housing in high-income neighborhoods.

Carson, however, has not suddenly become a champion of civil rights now that he is secretary of Housing and Urban Development. The rule was crafted by the Obama administration and a court ordered the Trump administration to enforce it.

The policy attempts to resolve a seeming defect in the U.S. Department of Housing and Urban Development’s housing voucher program: that vouchers are worth the same amount across an entire region. That means most voucher holders can’t afford to move into wealthier neighborhoods because their subsidy isn’t large enough to cover rent. Landlords in poor neighborhoods can, in turn, price gouge voucher holders, who have nowhere else to go. The new rule requires public housing authorities to alter the way they calculate rent subsidies, effectively making vouchers worth more in affluent areas and worth less in poorer communities. 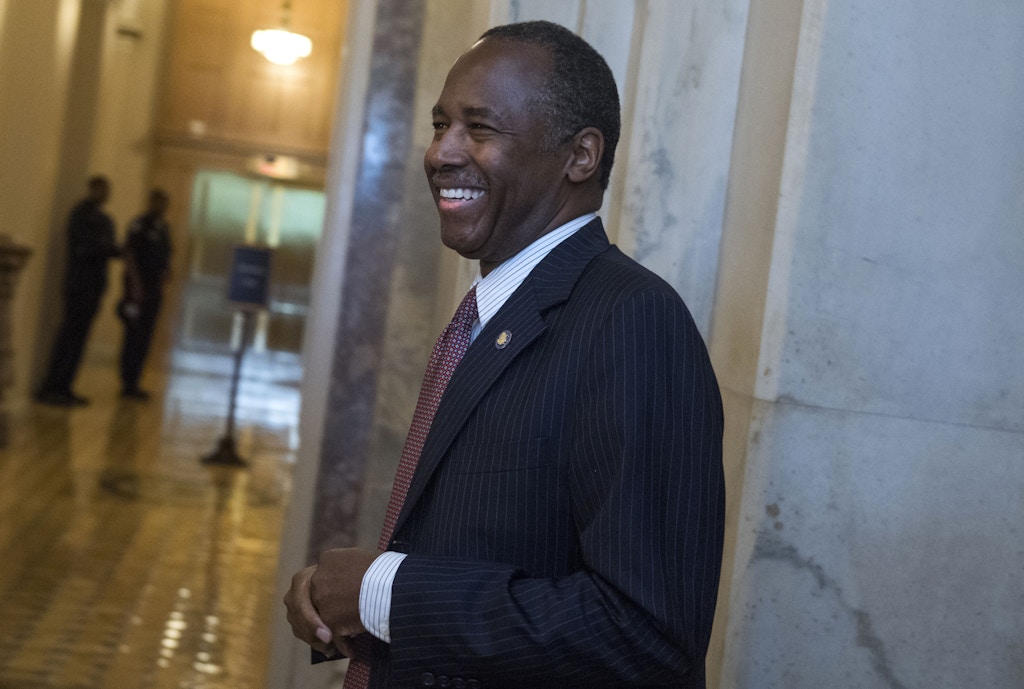 At the time of filing, HUD had offered little explanation for suspending the rule. It abruptly made its announcement in an August letter to public housing authorities, and when The Intercept asked for further comment in October, HUD spokesperson Brian Sullivan said there had been “no change in policy.” He pointed to an August 25 blog post drafted by Acting General Deputy Assistant Secretary Todd Richardson, which said the decision was “informed by research” and that it would be beneficial to delay the rule’s implementation to allow for further study.

On December 1, HUD offered more detail. In court filings, the federal agency argued its actions fell under its broad discretionary power and therefore, were not subject to judicial review. HUD also released a previously undisclosed August 10 memo from Carson, outlining the agency’s rationale for the rule’s delay. Carson’s memorandum relied heavily on findings from an interim report, which found that of five areas selected to pilot the Small-Area Fair Market Rents, the total number of available units went down. HUD lawyers argued that these findings “fully and independently justif[y]” the suspension.

However, U.S. District Court Judge Beryl Howell disagreed. In her 47-page decision, she granted the plaintiffs a preliminary injunction and outlined why HUD’s legal authority is more circumscribed than the agency purported. She also noted that the interim report upon which HUD was relying was based on five areas selected for criteria totally unrelated to the 24 metropolitan areas picked to be subjected to the rule. “This is really apples and oranges, isn’t it?” she asked Johnny Walker, a U.S attorney representing HUD in court.

Sasha Samberg-Champion, the attorney who argued on behalf of the plaintiffs at the December 19 hearing, told The Intercept that he and his colleagues were heartened and impressed by how well Howell understood the issues. “She was just phenomenally well-prepared, not only having read the parties’ briefing papers, but she also really dove into the documents presented,” he said. “I think HUD was just not prepared to answer questions at the level of specificity that she was asking.”

For example, when Howell asked HUD’s counsel if any of the 24 metropolitan areas had “formally, or even informally” requested that the federal government suspend its implementation of the Small Area Fair Market Rents rule, both Walker and HUD’s trial attorney David Sahli said they weren’t sure. Sahli eventually admitted that to his knowledge, no such request had been made. This was notable, because the final rule indicated that a suspension could occur at the request of a public housing authority.

One of the plaintiffs’ main arguments was that HUD violated the Administrative Procedure Act, an important federal statute that imposes specific limitations on the process of agency rule-making, including a requirement that agencies collect and respond to public comments. “HUD’s main argument was that there’s a regulatory provision that gives the secretary carte blanche to suspend the rule at any time for any reason, and the judge clearly was skeptical of that,” said Samberg-Champion.

Perhaps foreseeing Howell’s skepticism, HUD announced in early December that it would open up a 30-day period to solicit public comment about suspending the Small-Area Fair Market Rents rule. That 30 days began December 11.

HUD claimed that by opening up a month for public comment, it had rendered the plaintiffs’ procedural claims moot. “This argument is meritless,” wrote the plaintiffs in a reply brief filed in December. “If anything, HUD’s belated notice simply confirms the illegality of its suspension.”

“Procedurally, this is totally irrelevant because the Administrative Procedure Act doesn’t allow you to solicit comments belatedly,” explained Samberg-Champion. “But for whatever reason, atmospherically, HUD felt they needed to do this.”

It’s not clear whether HUD will appeal Howell’s decision. Sullivan, the HUD spokesperson, did not return The Intercept’s request for comment.

“I’m not going to make any predictions about what HUD will or won’t do, but I hope they will now carry out the laws they’re supposed to,” said Samberg-Champion. “They have the right to appeal should they choose, but I hope they don’t do that. All they’d be doing is frankly stalling, and they would lose that as well.”

Ajmel Quereshi, a senior counsel with the NAACP Legal Defense and Educational Fund, another civil rights group participating in the lawsuit, told The Intercept that at a minimum, HUD has an obligation to “immediately begin working” with local housing agencies to implement the rule, so the new payment standards can take effect as soon as possible.

“We expect they’ll comply with the court order,” he said, “and we look forward to working with HUD to see positive results for thousands of families.”

Top photo: Section 8 voucher holders view an apartment with a Housing Choice Partners real estate specialist in the Logan Square neighborhood of Chicago, on June 27, 2015. Section 8 is a program for low-income families searching for quality housing that is overseen by the U.S. Department of Housing and Urban Development.