The latest season of the Netflix show depicts the way that new technologies, developed behind closed doors, can harm all of us. 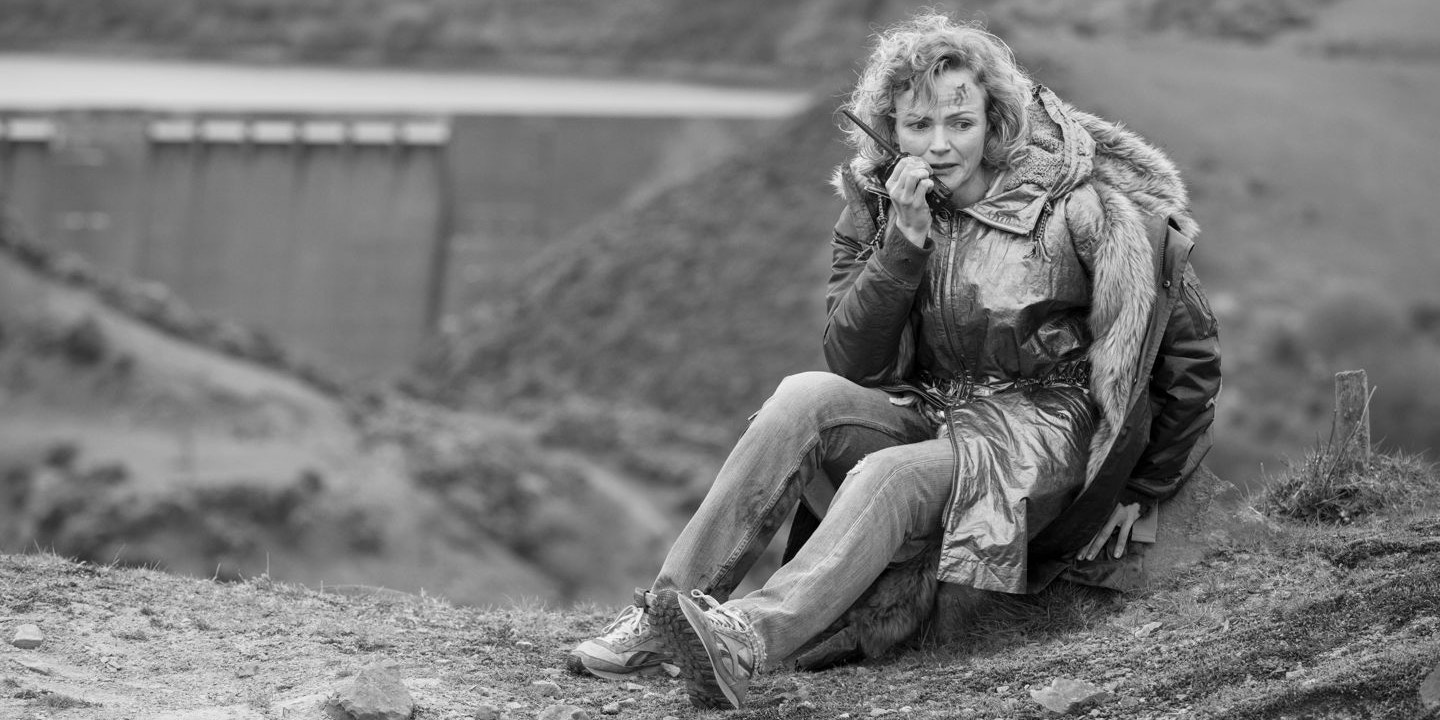 There’s no real plot in the “Metalhead” episode in the new season of “Black Mirror.” The star of the episode is a small, uncommunicative black robot that walks on all fours and is armed with a pistol stored in its front leg. Who controls the robot, if anyone, is never divulged. The four-legged mechanical creature operates seemingly on its own and for its own purposes. Over the course of the 40-minute episode, it hunts down a woman desperately fleeing through a forest, as she tries in vain to evade its sensors.

For those unfamiliar with the show, “Black Mirror” is a science fiction series on Netflix about a near-future in which new technologies reap terrible unintended consequences on our lives; they strip away personal independence, undermining our societal values and sometimes letting loose uncontrollable violence. As terrifying as they are, the technologies depicted in the show are not outlandish. Like the autonomous robot in “Metalhead,” they reflect easily conceivable, near-term advances upon currently existing technologies, such as drones.

Since the first detonations of atomic bombs in the 20th century, pop culture has been morbidly fascinated by the realization that humanity has developed tools powerful enough to destroy itself. But the malign technologies depicted in “Black Mirror” are more subtle than nuclear weapons. Most of the show’s episodes deal with advances in robotics, surveillance, virtual reality, and artificial intelligence – fields that happen to be key areas for tech companies in the real world. The creators of the series demonstrate how, left unchecked, the internal logic of these new technologies can bring about the destruction of their owners.

“Black Mirror’s” slick production values and acting have won wide critical acclaim. But its social commentary also seems to have struck a nerve with a public that has begun evincing confusion, fear, and alienation over the consequences of new consumer technologies. A 2015 study by Chapman University found that three out of five of the top fears Americans have were related to the consequences of emerging technologies. The potential of automation to wipe out millions of U.S. jobs and artificial intelligence’s potential to undermine democracy have been well-documented. But the phenomena of livestreamed murders, online terrorist recruitment, and social media threats of nuclear apocalypse have helped create an environment of increasing pessimism.

It’s worth reflecting on how we got to this point.

In 1992, before the spread of the internet, American cultural critic Neil Postman wrote a short book, titled “Technopoly: The Surrender of Culture to Technology.” Postman argued that our modern idea of technology was becoming dangerously warped. Instead of developing new technologies to achieve acknowledged public goals, we had begun to take technological advance as an end unto itself. Without a strong cultural and political context to determine what should be invented and why, we risked undermining both our civic culture and our democracy in the face of powerful new technologies that operated according to their own logic. Rather than creating inventions to fulfill our needs, Postman warned that we might soon begin adapting ourselves to meet the needs of our inventions.

“Black Mirror” depicts a nightmare version of Postman’s prediction. Technologies like virtual reality and social network rankings – blindly adopted in the belief that they will make life better – gradually become vehicles for authoritarian social control, and even the enslavement of their owners. The show reflects a growing trend in popular culture. In recent years, other science fiction series like “Westworld” and “H+” have also focused on the dark side of emerging technologies, including robotics and artificial intelligence. In his recent book, “Why Liberalism Failed,” Notre Dame political science professor Patrick Deneen made this suggestion:

Most examples of this recent genre seem to reflect a widespread foreboding about a shared sense of powerlessness, and even the potential for a new kind of bondage to the very technology that is supposed to liberate us. These movies and programs portray how, in our optimistic and even hubristic belief that our technology will usher in a new age of freedom, we discover in various ways that we are subjects to those very technologies. Far from controlling our technology for our own betterment, we find that the technology ends up either ruling or destroying us.

The powerlessness many people feel in the face of new technologies may have something to do with the undemocratic nature of their development. People naturally fear what they depend on but have no understanding or control over. In the last 10 to 15 years, many long-held social and political norms have been washed away by technologies that have helped contribute to a crisis of faith in American democracy. Silicon Valley companies have been remarkably opaque about the future implications of their research and development programs, which, among other things, many Americans plausibly believe will lead to the loss of their jobs.

When major tech executives do speak up, they often make disturbing statements about the looming death of cherished public norms like personal privacy. In a 2010 interview, Facebook CEO Mark Zuckerberg stated that “the days of you having a different image for your work friends or co-workers and for the other people you know are probably coming to an end pretty quickly,” declaring further that “having two identities for yourself is an example of a lack of integrity.”

Even if the most dire warnings about rogue artificial intelligence programs destroying humanity never come to pass, we have already sacrificed much of our personal autonomy to technologies whose underlying philosophies were unclear when they were introduced to the public. There is a growing backlash to this kind of corporate authoritarianism. Calls to break up tech companies under federal antitrust laws are increasing, while disillusioned former Silicon Valley executives have become increasingly vocal about the negative social side effects of the programs they helped develop. Technological utopianism is slowly giving way to an acknowledgement that technologies aren’t value-neutral, and it’s the role of a functioning society to govern how they are utilized.

The robot in the “Metalhead” episode of “Black Mirror” was inspired by an actual robot developed by the engineering firm Boston Dynamics. Named the SpotMini, the device is described by its creators as a “nimble robot that handles objects, climbs stairs, and will operate in offices, homes and outdoors.” A video of the SpotMini walking around, doing household tasks and righting itself after a fall is posted on the company website. Unlike its evil twin in “Metalhead,” the robot in Boston Dynamics’s promotional videos seems helpful, even friendly.

It’d be nice to imagine a future in which robots like the SpotMini are used to help us around the house, rather than hunt down and kill our fellow humans as they flee in terror. If the nightmare future depicted in shows like “Black Mirror” can be avoided, it will only come by asserting public oversight of the Silicon Valley companies whose policies are dictating the future shape of our societies — as well as our personal lives.

Top photo: Maxine Peake playing the character Bella in the “Metalhead” episode of the new season of “Black Mirror.”