The Dialysis Industry Is Putting Profits Over Patients. A California Democratic Party Official is Quietly Helping Them

Vice chair Alex Gallardo-Rooker may have violated party bylaws by failing to disclose payments from the group opposing Proposition 8. 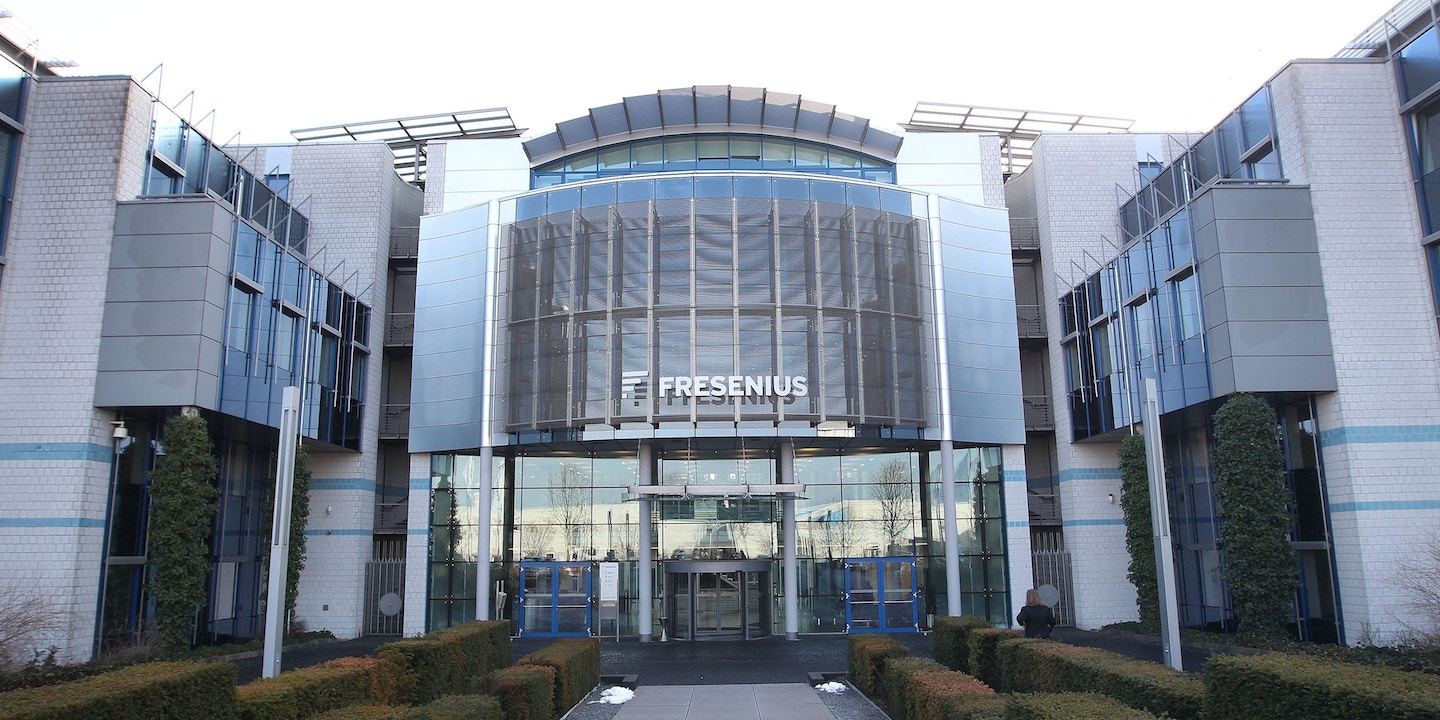 Earlier this week, the California Democratic Party announced that it would no longer accept contributions from the private prison industry, and that it would donate the $160,000 it received from the top two prison operators — GEO Group and CoreCivic — to organizations that assist immigrants and ex-offenders. It was a heartening reversal of pay-to-play politics, made possible by an organized activist movement capitalizing on financial disclosure.

But pay-to-play still has a role within the party. According to financial statements, party vice chair Alex Gallardo-Rooker received $30,000 in the first quarter of this year from opponents of a controversial ballot measure that would cap patient payments at outpatient dialysis facilities. She waited several weeks to make a written disclosure of this relationship, contravening the party bylaws. And critics claim that she continues to stay quiet about her role as a paid consultant, even while attempting to persuade party members to oppose the initiative. It’s unclear whether Gallardo-Rooker continued receiving payments after March; second-quarter financial statements have not yet been released.

The ballot measure, Proposition 8, is modeled after the medical loss ratio in the Affordable Care Act, which mandates that insurance companies use 85 percent of revenue on medical care. Prop 8 would force dialysis facilities to devote 85 percent of their revenue to actual treatment, and refund patients if annual profits go above that threshold. The goal is to get clinic owners to update equipment and improve training at the 555 privately owned clinics in the state.

The opposition campaign, “No on 8,” claims that capping clinic profits will force widespread closures at a time when more Californians need dialysis. But supporters disagree, emphasizing that it would force reinvestment in patient care rather than executive compensation. Supporters of Prop 8 include labor unions, while the main opponents are the two companies that dominate dialysis treatment — DaVita and Fresenius. They are bankrolling the “No on 8” opposition campaign — the same campaign which has paid Gallardo-Rooker.

“An officer of our party failing to disclose her material financial interest in conversations while lobbying against workers is simply not in line with what we claim to stand for,” said Melissa Demyan, co-chair of the party’s resolution committee and a supporter of Prop 8.

Gallardo-Rooker, herself a labor leader with the Communications Workers of America, accepted three $10,000 payments as a “campaign consultant” from the opposition campaign, according to state disclosures.

“She accepted $30,000 from the ‘No’ campaign. $30,000 is more than I made last year,” said Demyan, whose committee will be deciding whether to endorse the initiative at the party’s executive board meeting this weekend.

Under a new bylaw of the California Democratic Party, any “material financial relationship” of over $1,000 with a candidate or ballot measure must be disclosed. For party officers like Gallardo-Rooker, that means filing a quarterly statement itemizing the compensation. The rule also requires party members to disclose their relevant financial relationships whenever addressing party members in meetings or in written communications about the campaign in question. 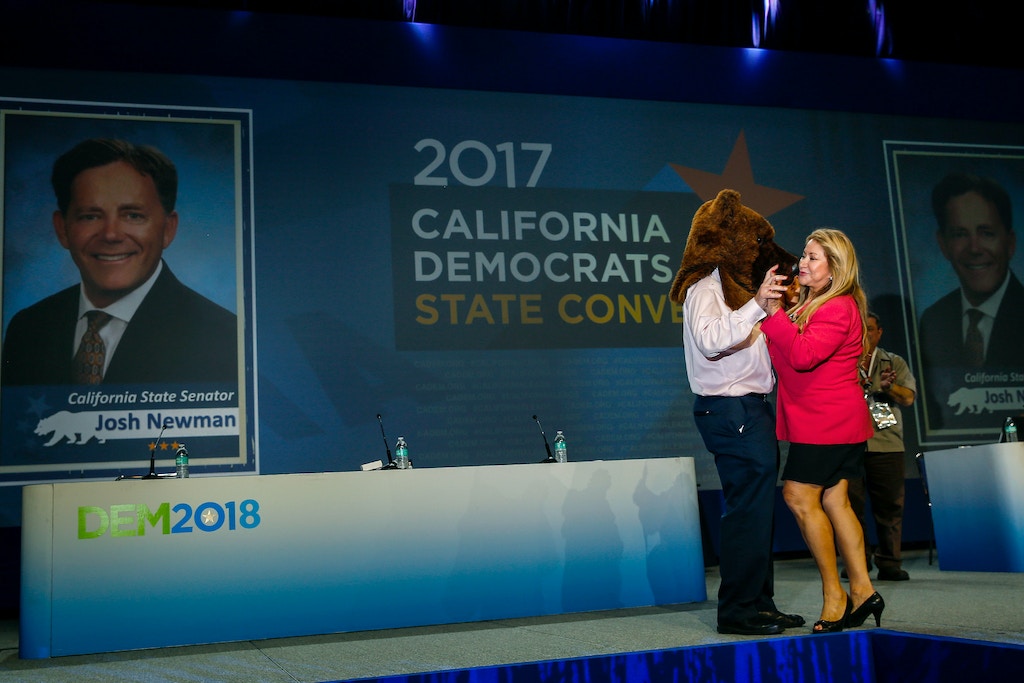 But Gallardo-Rooker’s initial first-quarter financial statement, issued April 15, did not mention the payments from the “No on 8″ campaign. Only an amended filing on May 30 included the material financial relationship with “Patients and Caregivers to Protect Dialysis Patients,” the formal name of the “No” campaign coalition. The disclosure did not specify the dollar amount.

Moreover, party members claim that Gallardo-Rooker has not followed the disclosure rules in verbal communications. For example, Gallardo-Rooker has invited delegates in San Bernardino, Kings, and Ventura counties on tours of DaVita clinics without disclosing her financial relationship with the company. “She made a phone call to me and asked me to talk to these people,” said John Griffin, the chair of the Ventura County Democratic Party. Griffin said that Gallardo-Rooker did not disclose at that time that she was a paid consultant. “I’ve since approached her and told her I would have appreciated her mentioning that. I had the impression that this was something the party was recommending.” Griffin, an SEIU member, has since endorsed the initiative.

Gallardo-Rooker has also asked caucus chairs to give her time to speak in opposition to Proposition 8 at their caucuses during this weekend’s executive board meeting. RL Miller, the chair of the party’s environmental caucus, declined the offer because Proposition 8 had nothing to do with environmentalism. “I don’t remember exactly, but I said either, ‘Are you working for the opposition?’ or ‘Are you opposing the initiative?’” Miller recalled. “She said, yes, she opposed, and launched into a long spiel as to why she opposed.”

The disclosure bylaws were put in place after a former vice chair, Eric Bauman, was revealed to have taken $12,500 a month from a 2016 campaign opposing an initiative that would have capped prescription drug prices. The initiative was no match for the pharmaceutical industry’s massive spending in opposition to it, and the initiative ultimately failed. Bauman later became party chair.

Susie Shannon, a Democratic National Committee member who authored the bylaw amendment, says she makes disclosures about her campaign commitments to initiatives even when she isn’t being paid directly. “I disclose in every communication. They say, ‘Thanks so much for doing that,’” she said.

“When somebody’s doing something anti-labor, but not being straightforward about why, and that person is an officer in the party, that’s troubling,” added another delegate, who asked that his name be withheld so he could speak more freely about party operations. “I voted for Alex Rooker. I have no quarrel with Alex Rooker. But this is a scam.”

Proposition 8 is one of several hotly contested measures on the California ballot this fall involving corporate interests. Another, Proposition 10, would repeal the restriction on local governments to design their own rent control programs. The “No” side has received an enormous amount of money from developer interests, including $644,000 from Invitation Homes, a division of private equity giant Blackstone. Invitation Homes is the largest single-family rental owner in the country, with 82,000 properties nationwide, including more than 12,700 in California.

The California Democratic Party will determine its position on all ballot measures at the executive board meeting on Saturday in Oakland. “The Democratic party is at a crossroads — if we want voters to trust us, we must provide the transparency and values of ethical leadership and stand up for workers and patients,” Demyan said. Financial disclosures go a long way toward building that trust.

Neither Gallardo-Rooker nor the California Democratic Party responded to a request for comment.