Where the Koch brothers see government tyranny, most Americans see common-sense solutions to basic problems, it turns out. 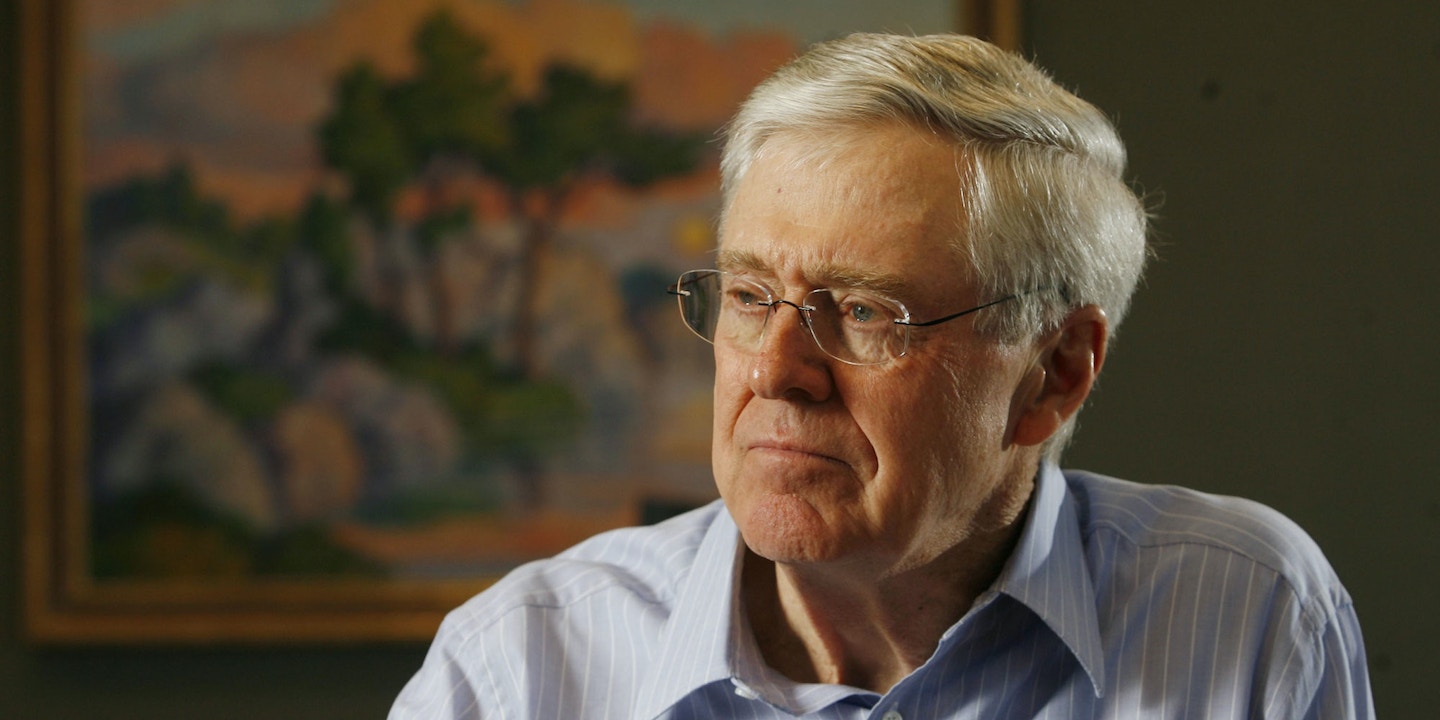 During the month of July, the marketing and communications group In Pursuit Of — launched by the Koch brothers in 2017– conducted a survey of Americans on a range of issues.

But mostly left out of the RealClearPolitics write-up is the fact that the poll also surveyed Americans in detail on a number of issues they felt would help them overcome social barriers, and found that Americans are quite favorable to a set of policies that the Koch network opposes. Where the Koch brothers see government tyranny, most Americans see common-sense solutions to basic problems:

For instance, the poll found that 66 percent of Americans would find “government-paid college tuition” as a “very effective” or “somewhat effective solution” to social barriers, with more than half of those lining up on the “very effective” side.

Americans For Prosperity, the Koch-funded political advocacy organization, campaigned against free college tuition in 2016, just as the idea was becoming a central plank of Bernie Sanders’s presidential campaign. AFP Wisconsin called it a “terrible idea,” while the state director of AFP Colorado called it “pie-in-the-sky.”

The Kochs, and groups they financially back, have campaigned against minimum wage laws for decades. In 1980, when David Koch ran alongside Ed Clark on the Libertarian Party ticket, aiming to become vice president, their platform included a promise to abolish all minimum wage laws. That project has continued with the groups that the Kochs have funded over the years. Americans for Prosperity and its state affiliates have campaigned against increases to city, state, and federal minimum wage laws, including lobbying Congress.

The top concern of those polled is the growing cost of health care, with 92 percent saying it is a problem. A combined 55 percent said a government-run health care system would be a very or somewhat effective policy response.

The idea of government run health care would be completely intolerable to the Koch network. Koch-backed groups have campaigned against reforms, like the Affordable Care Act, that would place even limited controls on the private market and which provide government subsidies to enable the poorest to purchase insurance. The American Legislative Exchange Council, a state-level group that pushes model legislation, promoted a bill that pushed the Affordable Care Act into the courts. Generation Opportunity, the Koch student group, pushed students to not buy insurance, through expensive TV ads and campus events. Concerned Veterans for America, another Koch group, has campaigned to privatize the Department of Veterans Affairs through vouchers.