While more than 95 percent of all Chicago police officers never fired their gun from 2004 to 2016, 130 officers have done it more than once. 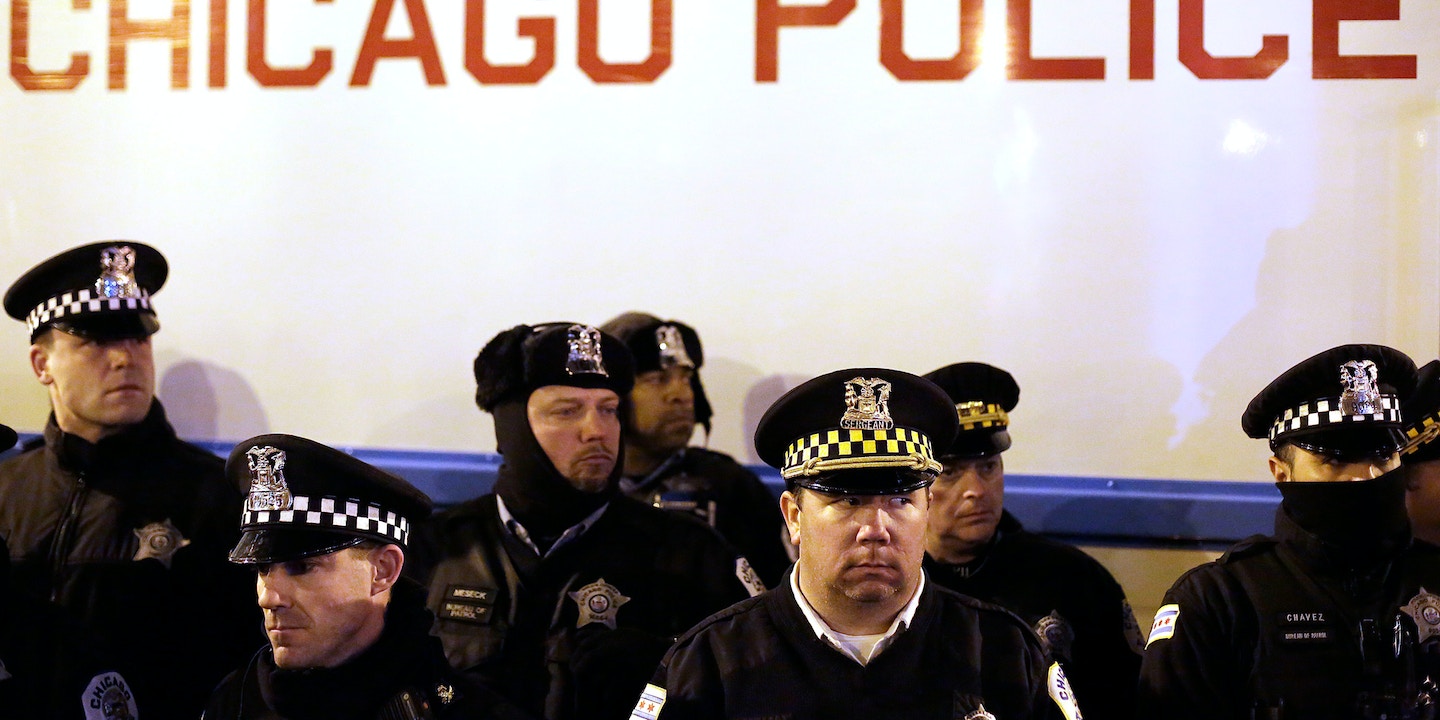 From Michael Brown to Laquan McDonald, the names of victims of police shootings have become rallying cries for police reform across America. Reporters have uncovered vital information about these victims — their educational, work, and criminal backgrounds, as well as their family circumstances and mental health — and those facts have shaped a debate about the significant racial discrepancies in police use of force that is still ongoing.

Yet there is little public data about most officers involved in fatal shootings, thanks in large part to the dedicated efforts of police unions. New data obtained by the Invisible Institute reveals that nearly a third — 29 percent — of Chicago’s shootings between January 2004 and March 2016 were committed by only 130 officers. Compared with a random sample of 1,000 CPD officers, these cops often exhibited troubling patterns of behavior before their shootings, including increasing counts of citizen complaints and uses of force. About 23 percent of those shootings could be predicted — and potentially prevented — by software widely used among police departments.

In 2009, the Invisible Institute sued the city of Chicago to obtain information on selected, high-complaint officers. After a long court battle in which the Fraternal Order of Police stepped in to raise objections, the court sided with the Invisible Institute, establishing a precedent that the data should be made publicly available. Subsequent requests acquired a complete duty roster of all officers in the department, their complaint histories, and use of force reports from January 2004 to March 2016.

Previous press reports from VICE News and the Washington Post have shown that police shootings are extremely rare for most officers. “If you have two in a 20- or 25-year career, you’re already an outlier,” said Mark Iris, a former member of Chicago’s civilian oversight board. In cities with lower rates of police shootings like New York, a roomful of officers might contain only one who had been involved in a shooting. But the Invisible Institute’s data reveals that for a handful of officers, shootings are all too common.

According to the Invisible Institute data, while more than 95 percent of all Chicago police officers never fired their gun from 2004 to 2016, 130 officers have done it more than once. At the upper extreme, 24 cops have participated in three or more shootings.

“It is important to not equate officer-involved shootings … with misconduct,” wrote Scott Wolfe, a professor of criminology at Michigan State University. “The officer may be placed in assignments or called out to particular situations because his/her colleagues know he/she is capable of handling dangerous situations.” But a large number of shootings can be indicative of problematic conduct. “When we have officers that have a high number of OIS compared to their colleagues, it provides reason to look deeper at the behavior,” Wolfe said. Many of the officers involved in two or more shootings also show troubling indicators in other ways. The 130 officers in this group tended to have citizen complaints filed against them at about twice the rate of other cops. And while any individual complaint may not be indicative of misconduct, these officers were also the subject of civil lawsuits requiring payouts twice as high as other officers, according to data gathered by the Chicago Reporter. 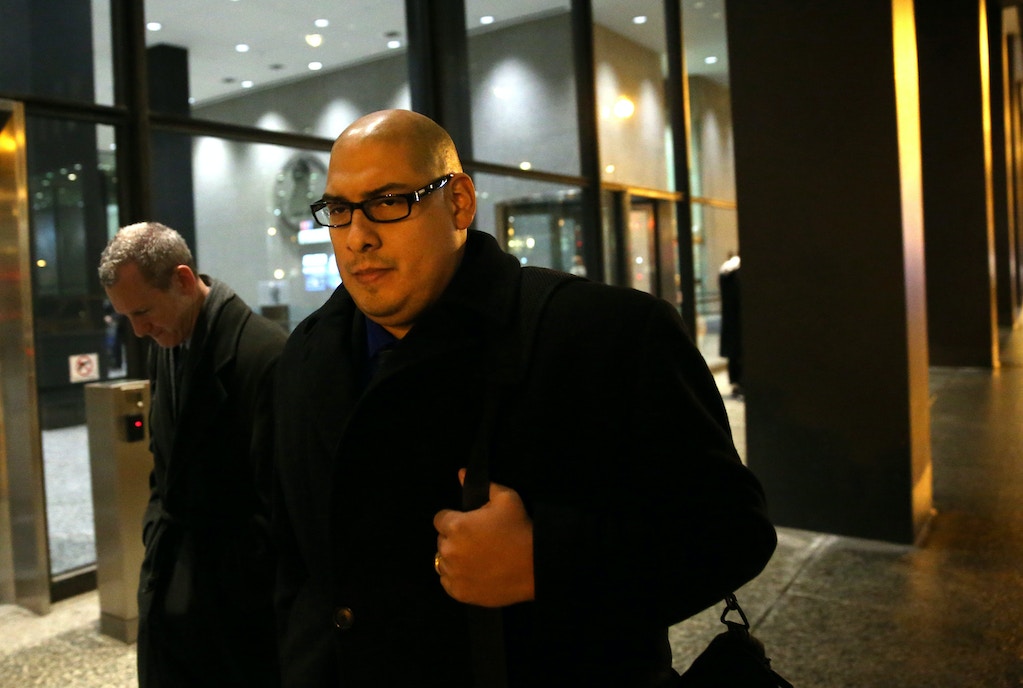 The most frequent shooter identified by the Invisible Institute’s data was a Chicago beat cop primarily assigned to the South Side 7th District named Gildardo Sierra. Sierra shot a record six people over the course of his 13 years in the department, a rate of fire almost 100 times higher than the departmental average. Two of those shootings attracted widespread media attention and later drew significant payouts from the city, totaling more than $7 million. In one case, Sierra admitted to drinking before his shift, during which he shot and killed an unarmed man named Flint Farmer. Sierra later resigned from the Chicago Police Department and subsequently took a job as a police officer in a nearby suburb’s parks department.

Sierra did not respond to repeated requests for comment.

Cops like Sierra are often exonerated by oversight boards. The Chicago Police Department suspended Sierra for a grand total of six days for the 46 different allegations against him in seven separate complaints, finding that his actions conformed to departmental policy in every instance but two. Iris said that officers like Sierra can often skate by because the board could only consider each incident in isolation, without examining an officer’s past history, thanks to union and departmental regulations. Without that information, evaluators focused on a single instance may miss a troubling pattern of behavior. “In investigating police misconduct, the general pattern is to look at the tree, not the forest,” Iris said.

The Fraternal Order of Police insisted upon a provision in its most recent contract with the Chicago Police Department requiring the destruction of complaint records after five years to prevent their use in disciplinary hearings. Previous contracts have contained similar provisions. (The Invisible Institute prevailed in litigation requiring the department to turn over past complaint records despite those provisions.)

Like other repeat shooters, Sierra’s incidents occurred in a cluster. The two shootings for which successful civil suits were filed were separated by only five months. He was involved in a third shooting just three months before he killed Farmer.

Patterns like Sierra’s are common among police shooters. Prior to a shooting, officers typically register complaint rates about twice as high as their colleagues, according to the Invisible Institute data. They are three times more likely to have been involved in another shooting in the last year, and more likely to have been in an incident requiring a payout from the city because of a civil lawsuit.

Police supervisors are charged with detecting runs of bad behavior like this and taking the affected cops off the streets. Research from the University of Chicago has shown that an officer under pressure, be it familial, professional, or otherwise, may be at greater risk to use unnecessary force, including lethal force. “These are things that good supervision could find and try to correct,” said Sam Walker, a professor emeritus of criminology at the University of Nebraska and a frequent consultant to police departments.

Immediate supervisors are sometimes biased or lack the time to track officer behavior, so 73 percent of large police departments use computerized systems to flag officers with unusually high levels of complaints or use of force. If a cop exceeds some threshold defined by the system — for example, a certain number of complaints in a six-month span — he is flagged by the system and sent to have counseling, training, or a conversation with a supervisor. The number of departments using systems like these has rapidly increased in the last two decades, in part because the Department of Justice recommends them. “Most large and mid-sized cities have early intervention systems of some kind, but many departments do not use them well,” Walker said.

The most advanced early-warning systems use dozens of variables measuring each officer’s behavior. Police might be at greater risk for trouble if they suffer a rash of citizen complaints against them, or if they make arrests that are later dismissed in court. Indicators ranging from a cop’s personal life to their financial history can predict their behavior, and good departments take everything possible into account to develop accurate methods to predict misconduct.

But Chicago has a long and troubled history with these kinds of programs. An early effort to implement such a system was met with resistance from the police union and scrapped within two years because of due process concerns. Later on, the police department tried again, but according to a Justice Department investigation in the wake of the Laquan McDonald shooting, the new early-warning procedure was riddled with flaws. In many cases, the system simply failed to flag problematic records. In 2007, a study cited by the DOJ investigation concluded that the algorithm failed to identify 90 percent of officers with multiple complaints. Sierra, despite his extensive record of previous shootings and complaints, never triggered one of Chicago’s early-warning algorithms, the “Behavioral Intervention System.”

Even when departments do receive warnings that an officer may be at risk, managers often fail to act on those warnings. A Department of Justice investigation concluded that Chicago’s “supervisors do not understand what they are supposed to do” when an officer is flagged by the early intervention system. Another supervisor characterized the system as “garbage going in so you got garbage going out.”

Even when an intervention system provides a supervisor with clear evidence of a pattern of misconduct, lieutenants and sergeants sometimes recommend no more than an in-person conversation with a supervisor, rather than a formal program of counseling or investigation into the officer’s fitness. Between the lack of accuracy in the system and the lack of action on the rare occasions it is triggered, it’s easy to see how repeat shooters might escape notice. “The system was designed not to work,” Walker said.

It’s impossible to know whether an automated system could have prevented the shootings these officers committed, but many cops displayed clear warning signs in advance. A relatively simple system, based on whether an officer had two or more complaints or three or more uses of force in the prior year, could have flagged about 23 percent of the officers as high risk before their shootings. Those officers could have been sent to counseling or otherwise prevented from being in a position to shoot.

Early intervention systems feature prominently in the draft consent decree released on July 27. The document gives the police department two years to implement an advanced early-warning system, one that considers indicators like complaints, uses of force, and prior shooting incidents. Given Chicago’s checkered history with such systems, it’s too soon to say whether the new reform effort will yield a functioning algorithm. The court will task an independent monitor with making sure the police department upholds the requirements of the decree. If that monitor can succeed in helping the Chicago Police Department build an effective early-warning system, it’s possible that hundreds of shootings could be prevented.