The political earthquake precipitated by the 2014 police murder of 17-year-old Laquan McDonald left a crater at the center of Chicago’s civic life. In the years since, that space has been the site of efforts to rebuild, amid the ruins of discredited institutions, a sound police accountability infrastructure. A key structural component of that ongoing project is the Civilian Office of Police Accountability, or COPA.

Established by a city council ordinance in the fall of 2016, COPA officially opened its doors in the fall of 2017. It is tasked with investigating police shootings and complaints alleging, among other things, excessive force, domestic violence, improper search or seizure, and denial of access to counsel.

COPA replaced the Independent Police Review Authority, or IPRA, which had been discredited in the aftermath of the McDonald revelations, and which, in its own turn, had in 2007 replaced the Office of Professional Standards, or OPS, in the midst of an earlier police scandal.

Inevitable jokes about alphabet soup disguised as police reform notwithstanding, it is hard to overstate the centrality of COPA to the emerging edifice of police reform. It is foundational. Until citizens are confident that complaints of police misconduct will be vigorously investigated, that findings will be based on the evidence, and that appropriate discipline will be imposed when complaints are sustained, other aspects of the reform agenda will be impeded, if not subverted.

What then are we to make of COPA’s handling of the August 13, 2017, shooting of 19-year-old Ricardo Hayes by Sgt. Khalil Muhammad — a case which, on its facts, invites comparison to the McDonald incident? I reported on the Hayes case last fall. Since then, COPA has issued its investigative report and its recommendation of discipline. Taken together, they constitute a biopsy of the current condition of the agency. The prognosis is not encouraging. 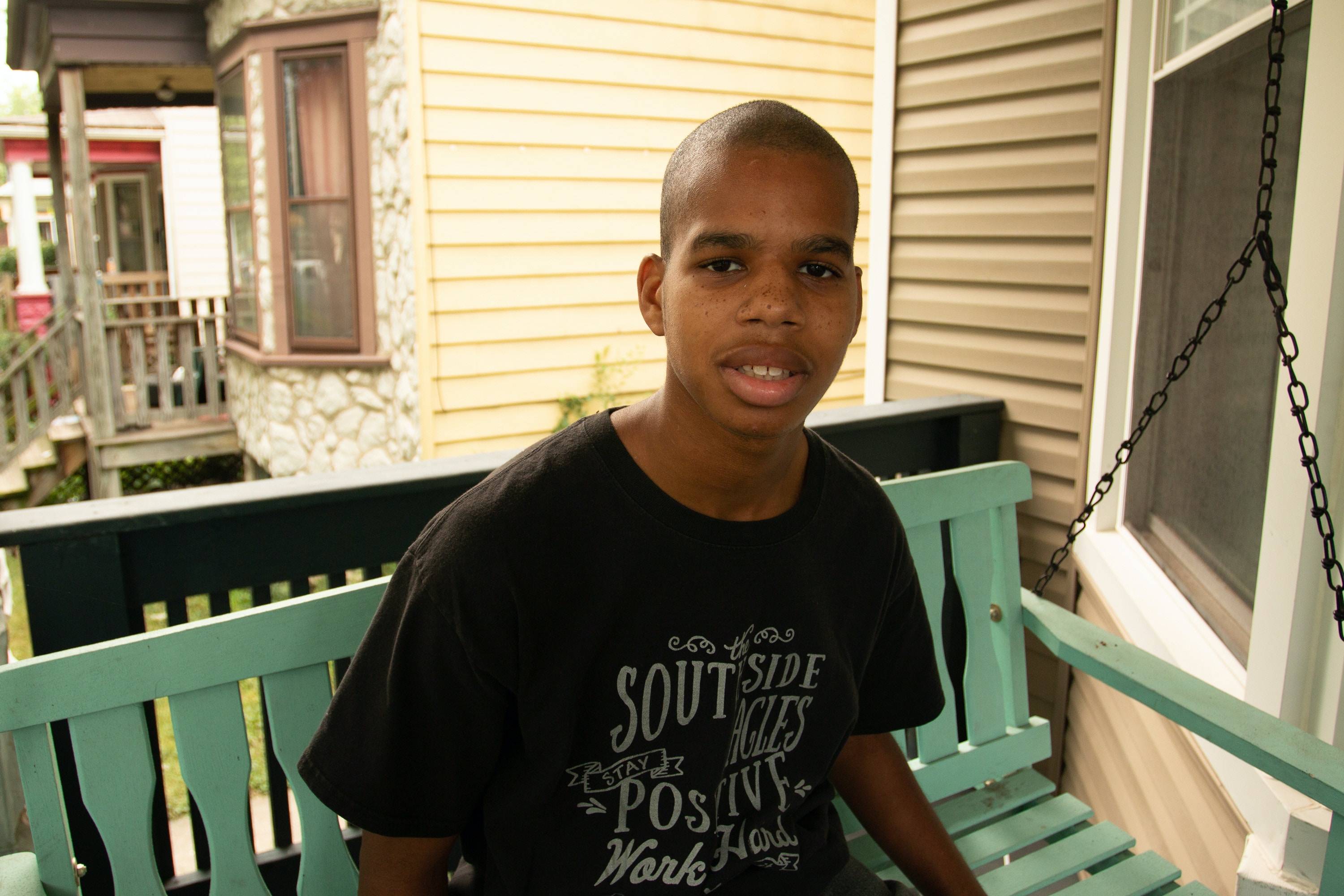 Ricky Hayes, photographed on Aug. 18, 2018, on the porch of the Chicago home where he lives with his caretaker.

Developmentally and intellectually disabled, Ricky Hayes is a ward of the state and lives with a caretaker on the far south side of the city. A lawsuit filed on his behalf states that he “functions at the cognitive level of a child,” “has difficulty communicating,” “looks much younger than his age,” and has disabilities that “are immediately recognizable.”

At about 1:25 a.m. on August 13, 2017, his caretaker checked his room and found that Hayes was not there. She called the police to report him missing. This had happened before; he has a history of slipping out of the house and wandering the neighborhood.

About half an hour later, police officers arrived. The caretaker filled out a missing person report and told the officers about Hayes’s disabilities.

Multiple surveillance cameras recorded Hayes as he wandered the neighborhood. Dressed in shorts, a short-sleeve shirt, and sneakers, he can be seen skipping and singing to himself.

Shortly before his encounter with Muhammad, two on-duty police officers saw someone they believe to have been Hayes running through the neighborhood. They didn’t stop him, one of them explained later, because “at the moment he really hadn’t done anything.”

At about 5:00 a.m., Muhammad, who was off-duty and was driving his girlfriend’s Chevy Tahoe, saw Hayes and began chasing him. Frightened, the boy ran away. The officer continued the pursuit.

Eventually, Hayes stopped running and stood motionless with his hands at his sides on the front lawn of a house. A surveillance camera mounted on the house captured their interaction.

Muhammad pulled up and stopped roughly 20 feet from Hayes. He spoke to Hayes, who took several steps toward the vehicle, while reaching toward his back pocket for what proved to be his cellphone. Sitting in the cab of his truck, Muhammad opened fire with his service weapon, striking Hayes in his chest and arm. Wounded, Hayes again ran away. Muhammad caught up with him and ordered him to lie face down on the ground.

Muhammad then called 911 and requested an ambulance. When the dispatcher asked what happened, Muhammad replied, “The guy pulled like he was about to pull a gun on me, walked up to the car, and I had to shoot.”

Sgt. Isaac Lambert, the detective assigned to prepare a final report on the Hayes matter, alleges in a whistleblower lawsuit filed in March that he was ordered by superiors to support Muhammad’s account by classifying the incident as an aggravated assault on a police officer. When he refused, Lambert claims, the chief of detectives demoted him from detective to patrol in an act of retaliation.

If Lambert’s allegations prove true, they will demonstrate how little has changed in CPD’s internal practices since the McDonald implosion. The department will be shown to have been engaged — even after the public release of the Hayes video — in the construction of a false, self-serving narrative in which the incident is seen solely from the point of view of the accused officer.

The persistence of this dynamic underscores the critical importance of COPA’s role in bringing civilian oversight to bear on allegations of police misconduct. IPRA — and OPS before it — all too often operated as cogs in the police department’s narrative machinery rather than as independent checks on it.

At the height of the political firestorm following the release of the McDonald video, Mayor Rahm Emanuel fired the chief administrator of IPRA and appointed Sharon Fairley, a lawyer with experience as a state and federal prosecutor, in his place. When the city council established COPA, Fairley took on the challenging task of navigating the transition from one agency to the other, while seeking to build public confidence in the quality of police misconduct investigations. She and her leadership team made a major effort to recruit and train a new cohort of investigators committed to the civilian oversight model of police accountability. 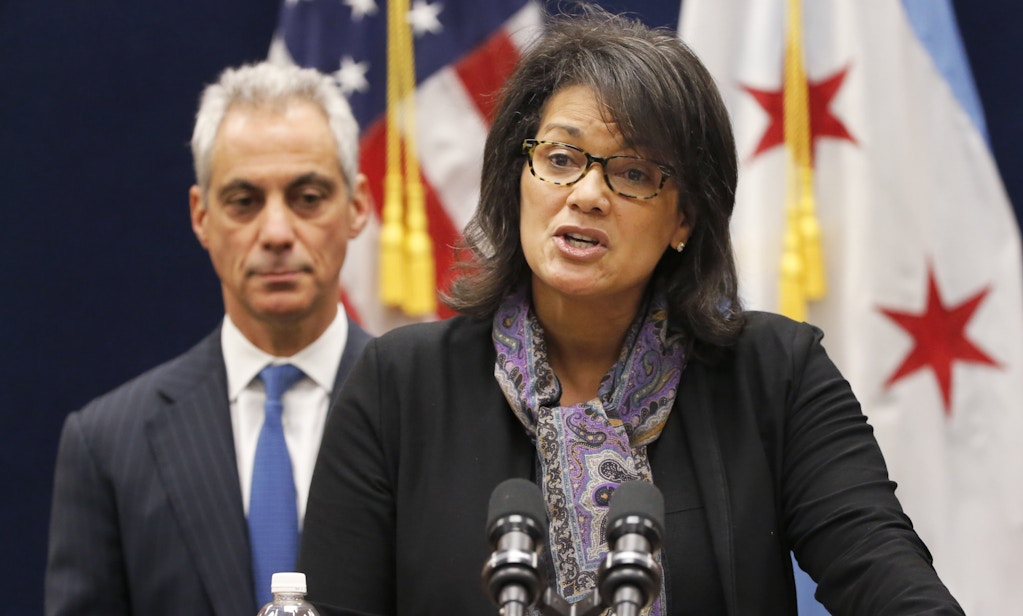 Sharon Fairley, leader of the Chicago Independent Police Review Authority, speaks during a news conference with Mayor Rahm Emanuel in Chicago on Dec. 7, 2015.

That effort was still a work in progress when Fairley abruptly stepped down in September 2017 to run for Illinois attorney general. With a caretaker interim director, COPA was essentially leaderless until April 2018 when Sydney Roberts, a former police executive, was appointed chief administrator.

The investigation of Muhammad’s shooting of Hayes began while Fairley was still at COPA. According to a source close to the investigation, she was “mortified” when she saw the video and immediately referred the case to the state’s attorney, who declined to bring criminal charges. The quality of the investigation COPA conducted testifies to what has been built at the agency. The investigative report is exemplary in its clarity, rigor, and thoroughness. It establishes:

The finding flows inexorably from the analysis:

In its totality, the evidence demonstrates that an officer with similar training and experience as Sgt. Muhammad would not have reasonably believed that Hayes posed an immediate threat of death or serious bodily harm and/or that the use of deadly force was otherwise justified.

According to several former COPA investigators and supervisors, who spoke with me on the condition of anonymity, it never occurred to them that there could be any other outcome but termination. The ultimate decision with respect to recommendations of discipline, however, resides with the chief administrator. The superintendent then responds to the COPA recommendation, and if there is disagreement, they seek to reach a resolution.

Stunning her investigators, Roberts recommended that Muhammad receive a 60-day suspension. In other words, an officer who used deadly force against a child who had committed no crime and posed no threat is, in the judgment of COPA’s chief administrator, fit to continue carrying a gun as a member of the Chicago Police Department.

The disconnect between the substance of the investigation and the recommended discipline roiled the COPA staff. Several of my sources said that Roberts on more than one occasion had questioned the finding that the shooting was unjustified. In the end, they said, she accepted the finding but recommended the lesser discipline. A former supervisor characterized Roberts as having “a law enforcement outlook” rather than “a civilian outlook” and said she was more interested in building her relationship with the superintendent than in maintaining the agency’s independence.

“If it was a political calculation,” a former COPA employee said of Roberts’s handling of the Hayes case, “it was a bad one. It didn’t please anyone.” In a reversal of roles — usually CPD seeks to reduce the proposed discipline — the superintendent doubled the suspension to 180 days. This strongly suggests that the department would have accepted termination.

Roberts’s handling of the Hayes case was a flashpoint. It became the focus of staff anxieties about the direction of the agency. One former COPA supervisor described “a crisis of confidence in leadership.” The most telling expression of that crisis is that a number of staff members, roughly 30, most of them investigators, have left the agency during the last year. “That’s an incredible waste of resources,” a former supervisor observed, reflecting on the cost of recruitment and training.

In response to a request for comment, a COPA spokesperson stated that “COPA continues to efficiently respond to complaints filed by members of the public and law enforcement while building their trust. Although we experience turnover as an agency like many others, we are not deterred from the opportunity to be the agency Chicago needs as we embark on the journey to true police reform.”

The former investigators and supervisors I spoke with were intensely protective of the agency and its mission. They expressed concern that leadership issues might be misread as an organizational failure, rendering COPA vulnerable to attack by those hostile to the principle of civilian oversight of law enforcement. That principle is indeed at risk at the very moment — with a new mayor assuming office and a federal consent decree in place — when it might be fully realized as the cornerstone of the emerging police accountability regime.