Incarcerated people in 17 states will refuse to work, spend, and in some cases, eat, in protest of “modern-day slavery.” 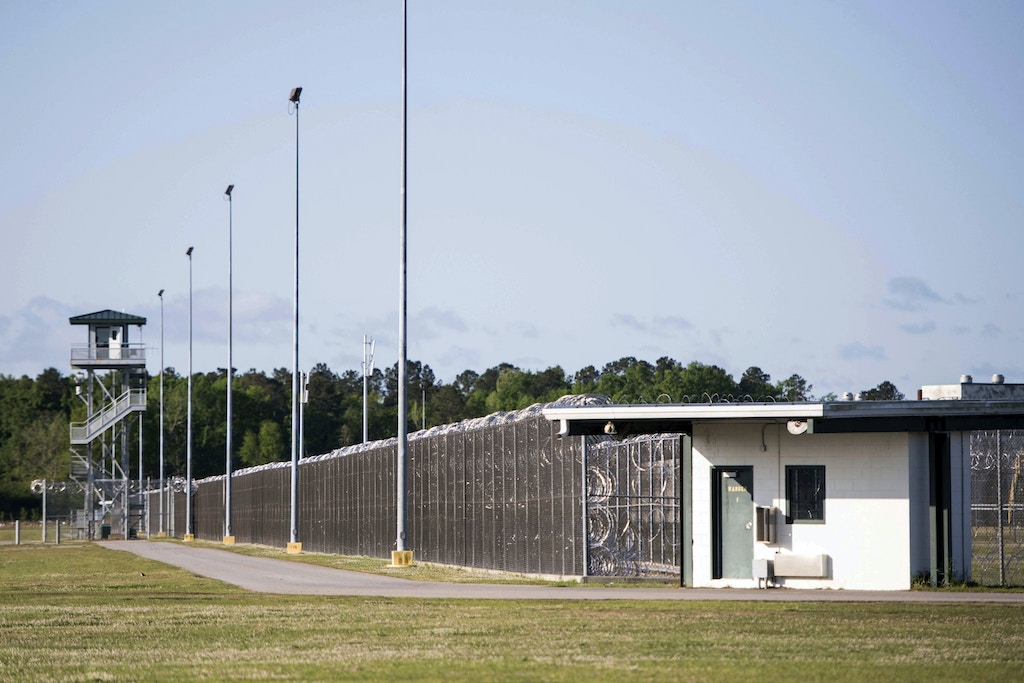 The Lee Correctional Institution on April 16, 2018, in Bishopville, S.C. Multiple inmates were killed and others seriously injured amid fighting between prisoners inside the maximum-security prison in South Carolina.

Last April, a seven-hour prison riot at South Carolina’s Lee Correctional institution left seven inmates dead and dozens injured. State Corrections Department Director Bryan Stirling cited the source of the riot as “likely gang-related,” but inmates say that it was provoked by overly punitive prison guards who subsequently made no effort to intervene or offer medical aid for hours. It was the deadliest incident in a U.S. prison in 25 years.

Many incarcerated people and prisoner advocates attributed the riot to the structural brutality of the prison system itself. In response, prison rights advocacy groups and incarcerated organizers have called for a nationwide prison strike to last from August 21 — the 47th anniversary of revolutionary George Jackson’s death in San Quentin State Prison — to September 9, the anniversary of the Attica Prison riot.

“For the past three years, prisoners have held demonstrations during Black August, but after the catalyzing Lee Correctional atrocity, prisoners knew that they had to do something targeted and focused,” Amani Sawari, a Seattle-based organizer assisting with strike coordination from outside prison walls, told me.

According to organizers, incarcerated people in 17 states will be taking part in strike actions, including work stoppages, spending boycotts, sit-ins, and hunger strikes. By participating, they risk retaliation from guards, who can put them in solitary confinement or withhold their mail and phone calls.

“Seven comrades lost their lives during a senseless uprising that could have been avoided had the prison not been so overcrowded from the greed wrought by mass incarceration, and a lack of respect for human life that is embedded in our nation’s penal ideology,” read a statement from Jailhouse Lawyers Speak, a national collective of incarcerated people who provide legal assistance behind bars. “These men and women are demanding humane living conditions, access to rehabilitation and the end of modern day slavery.”

The strikers have put forward a list of 10 demands, including “immediate improvements to the conditions of prisons,” an end to life-without-parole sentencing, an end to racial over-charging and over-sentencing, voting rights for all imprisoned and formerly imprisoned individuals, the reinstatement of Pell Grants, and that incarcerated people be paid the prevailing wage for their labor. Just this month, 2,000 incarcerated people, including 58 imprisoned youths, were paid just $1 an hour to battle California’s wildfires — a dangerous job which ordinarily pays six figures, and for which former prisoners are often ineligible upon release.

According to one incarcerated member of Jailhouse Lawyers Speak in South Carolina, the demands were compiled through discussions between prisoners around the country “from all walks of life and different situations.” The 36-year-old organizer, who goes by the initial “D” to avoid possible retaliation, told me: “These demands are not the solution, but they are what we consider the key solutions to a lot of problems we’re facing.” Despite asking for no more than basic rights and recognition as members of society, D is skeptical that they’ll be fully met anytime soon, noting that “these demands will stand after September 8, and we’ll need to keep pushing for them.”

The history of prison strikes in the U.S. is one of Sisyphean struggle and mixed success. In 2010, thousands of incarcerated workers in Georgia participated in a work stoppage and refused to leave their cells for six days, demanding that they receive pay for their labor. Despite being one of largest prison strikes in U.S. history, as the Marshall Project reported, “Prisoners in Georgia are still not paid for their labor.”

A 2016 nationwide prison strike, which involved over 24,000 participants, led to few material gains and, as The Intercept reported at the time, “the coordinated strike remain[ed] largely ignored on the outside.” By contrast, a 2013 California prison hunger strike, which involved over 29,000 inmates and lasted for more than two months, succeeded in ending indefinite solitary confinement in the state’s prisons. Inmates at Attica State Prison in Attica, N.Y., raise their hands in clenched fists in a show of unity, September 1971, during the Attica uprising, which took the lives of 43 people.

The organizers of the current strike have invoked the Attica Prison rebellion, which also began with a work stoppage, but they are not calling for a repeat of that bloody 1971 uprising. Instead, they offer it as a warning of what can happen when oppressive conditions and prisoner mistreatment are not addressed. “We’re sending out the message that, unless things change, you’re risking another Attica,” D told me.

It’s difficult to calculate the precise number of participants or establish what they plan to do, since communicating while incarcerated is difficult and fear of reprisals is real. A number of strike organizers, particularly those who had been active in the 2016 strikes, have reportedly already faced pre-emptive retaliation from guards.

In Ohio, prison organizer Imam Hasan was reportedly placed in solitary confinement last month and charged with violations for organizing a work stoppage. Organizers in Florida and Texas prisons have also been placed in isolation, according to Sawari. Strike participants are readying for other forms of retaliation, such as the loss of phone privileges and access to mail. “Prison officials are doing all they can to suppress the strike, but the match has already been lit and now word is spreading like wildfire. Displacing select individuals is not enough,” Sawari told me.

Organizers on the outside are asking supporters to spread the word of the strike and its demands, both by holding rallies and events outside prisons and detention centers, as well contacting lawmakers. As one incarcerated organizer with the Twitter handle @SlaveryPrison tweeted earlier this month: “Prisoners in some states are having problems getting out their demands or word of their plans. If you’re in contact with any prisoners that will be active August 21st, please be their voices. Report on their demands and actions inside. Anyone can report. We need you!”

When prisoners strike, it is not only to demand the recognition of their basic rights. They’re forced to ask for something more fundamental still — what philosopher Hannah Arendt called “the right to have rights” — the right to speak and be heard at all. In 1871, the Virginia Supreme Court stated that the inmate was a “slave of the state,” with only those rights given to him by the state. It was not until 1964 that the U.S. Supreme Court ruled in a unanimous vote that prisoners had the right to protection under the Civil Rights Act of 1871. As recently as 1996, under the Clinton administration, the Prison Litigation Reform Act was implemented to make it harder for incarcerated people to file lawsuits in federal court.

When we fail to support prison strikes, we reinforce the violence imposed by the prison system itself, allowing the voices of incarcerated people to go unheard and their lives unrecognized.

In 2018, the struggle to be seen and treated as rights-bearing subjects goes on.