The Weekly Standard is empowered by Facebook to “fact check” rival publications. Here’s a story they deemed false. 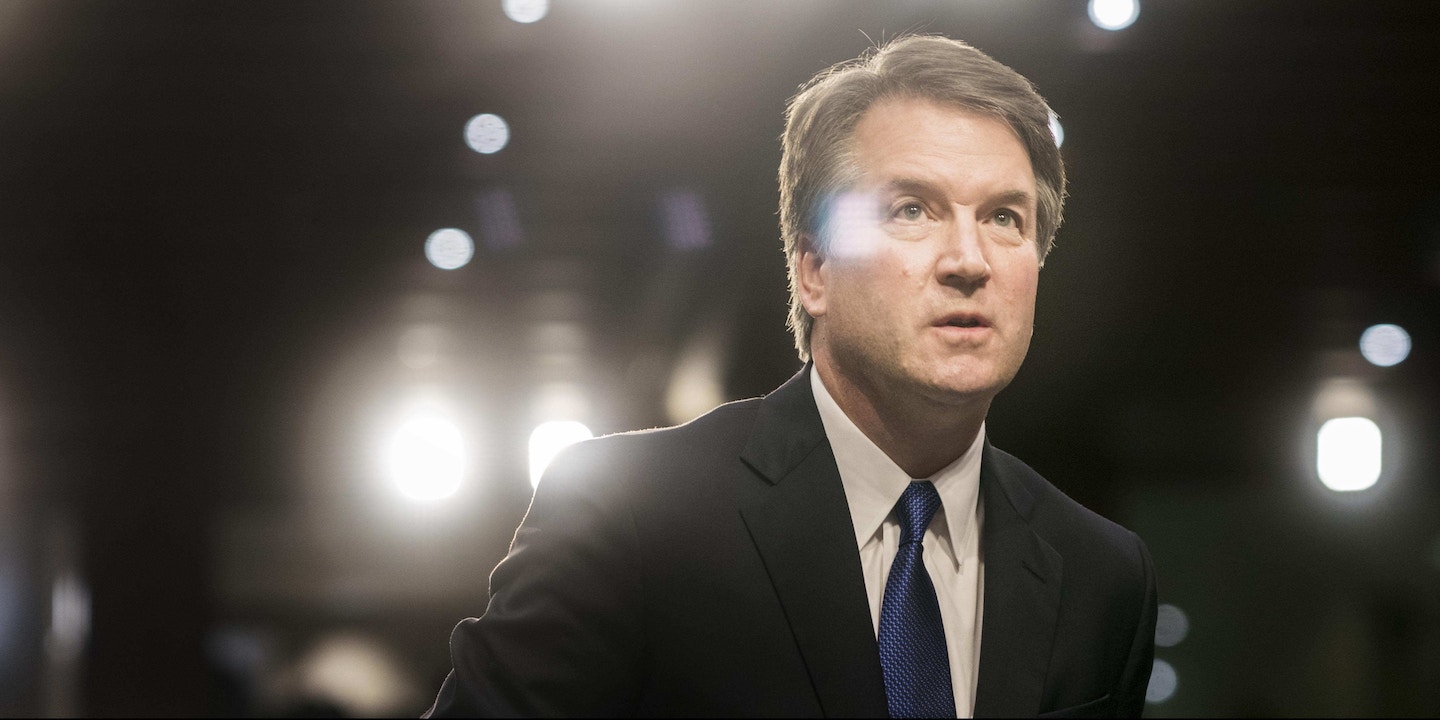 Editor’s note: On September 9, Think Progress published an article by Ian Millhiser that made text out of the subtext of Brett Kavanaugh’s confirmation process, describing how the Supreme Court nominee, in a fairly straightforward legal analysis, had revealed his belief that Roe v. Wade was wrongly decided. That legal analysis, the article noted, matched comments Kavanaugh had made in a speech in 2017. “Kavanaugh’s 2017 speech, when laid alongside a statement he made during his confirmation hearing, eliminates any doubt that he opposes Roe,” Millhiser wrote. Facebook, meanwhile, had empowered the right-wing outlet the Weekly Standard to “fact check” articles. The Weekly Standard, invested in Kavanaugh’s confirmation, deemed the Think Progress article “false.” The story was effectively nuked from Facebook, with other outlets threatened with traffic and monetary consequences if they shared it. The story is republished below, with permission from Think Progress, though not from Facebook or the Weekly Standard.

Brett Kavanaugh said he would kill Roe v. Wade last week and almost no one noticed

Supreme Court nominee Brett Kavanaugh needs to give Sen. Susan Collins (R-ME) plausible deniability regarding his anti-abortion views. Collins, who is nominally pro-choice, said shortly before Kavanaugh’s nomination that a Supreme Court nominee “who would overturn Roe v. Wade would not be acceptable to me.” But she’s spent much of the time since his nomination looking for excuses to claim that Kavanaugh’s views on Roe are uncertain.

Well, they aren’t. Even before Kavanaugh became a Supreme Court nominee, his record indicated fairly clearly that he opposes Roe. And he cleared up any remaining doubt on the second day of his confirmation hearing — despite the fact that almost no one noticed.

Even before his hearing, Kavanaugh’s views on abortion weren’t exactly a state secret. He gave a speech to a conservative think tank in 2017 praising Justice William Rehnquist’s dissent in Roe v. Wade, and he wrote an opinion arguing that the Trump administration could temporarily imprison undocumented women who were seeking an abortion.

Kavanaugh’s 2017 speech, when laid alongside a statement he made during his confirmation hearing, eliminates any doubt that he opposes Roe.

The judge made this statement during an exchange with Sen. Ted Cruz (R-TX) regarding “the foundations of the unenumerated rights doctrine.” The term “unenumerated rights” refers to rights, such as the right to an abortion, which are not explicitly named in the Constitution’s text, but which the Supreme Court has held to be implicit in that text.

According to Kavanaugh, “all roads lead to the Glucksberg test as the test that the Supreme Court has settled on as the proper test” to determine the scope of these unenumerated rights.

“Glucksberg” means Washington v. Glucksberg, a 1997 Supreme Court decision holding that the Constitution does not protect a right to physician-assisted suicide. According to Chief Justice Rehnquist’s opinion for the Court in Glucksberg, the question of which unenumerated rights are protected by the Constitution should be answered by asking which rights are “deeply rooted in this Nation’s history and tradition.”

We don’t have to guess, however, whether Judge Kavanaugh thinks that a constitutional right to abortion is grounded in this Glucksberg test, because he’s already answered that question. As law professor Jim Oleske points out on Twitter, Kavanaugh said in his 2017 speech to the conservative American Enterprise Institute that “even a first-year law student could tell you that the Glucksberg’s approach to unenumerated rights was not consistent with the approach of the abortion cases such as Roe vs. Wade in 1973, as well as the 1992 decision reaffirming Roe, known as Planned Parenthood vs. Casey.”

So, to spell this all out, Kavanaugh believes that the way to determine whether the Constitution protects a particular unenumerated right is to apply the test the Supreme Court laid out in Glucksberg. And the judge also thinks that “even a first-year law student could tell you” that Roe is inconsistent with Glucksberg.

It doesn’t take the brains of a fourth-term United States senator from Maine to figure out what this means if Kavanaugh is confirmed. Judge Kavanaugh will be the fifth vote to kill Roe if he joins the nation’s highest Court.

For what it’s worth, Kavanaugh’s statement that “all roads lead to the Glucksbergtest as the test that the Supreme Court has settled on as the proper test” is incorrect. As law professor Jamal Greene first pointed out on Twitter, Glucksbergwas “explicitly disavowed in Obergefell,” the Supreme Court’s 2015 marriage equality decision.

According to Obergefell, Glucksberg “is inconsistent with the approach this Court has used in discussing other fundamental rights, including marriage and intimacy.”

Kavanaugh’s apparent endorsement of Glucksberg as the sole test for determining unenumerated rights, in other words, threatens a whole lot more than the right to an abortion. It also suggests that he believes that a wide range of Supreme Court decisions governing sex, romantic relationships, and intimacy were wrongly decided.

Judge Kavanaugh appears to be telegraphing his belief that Roe, Obergefell, and the Supreme Court’s decision in Lawrence v. Texas, which provides that the government cannot prosecute consenting adults for having sex, were not correctly decided.

Top photo: Brett Kavanaugh, is sworn in before delivering his statement during his confirmation hearing in the Senate Judiciary Committee on Capitol Hill in Washington, D.C., on Sept. 4, 2018.