A DHS memo offers a glimpse into the still unfolding story of how the Trump administration justified family separation at the border. 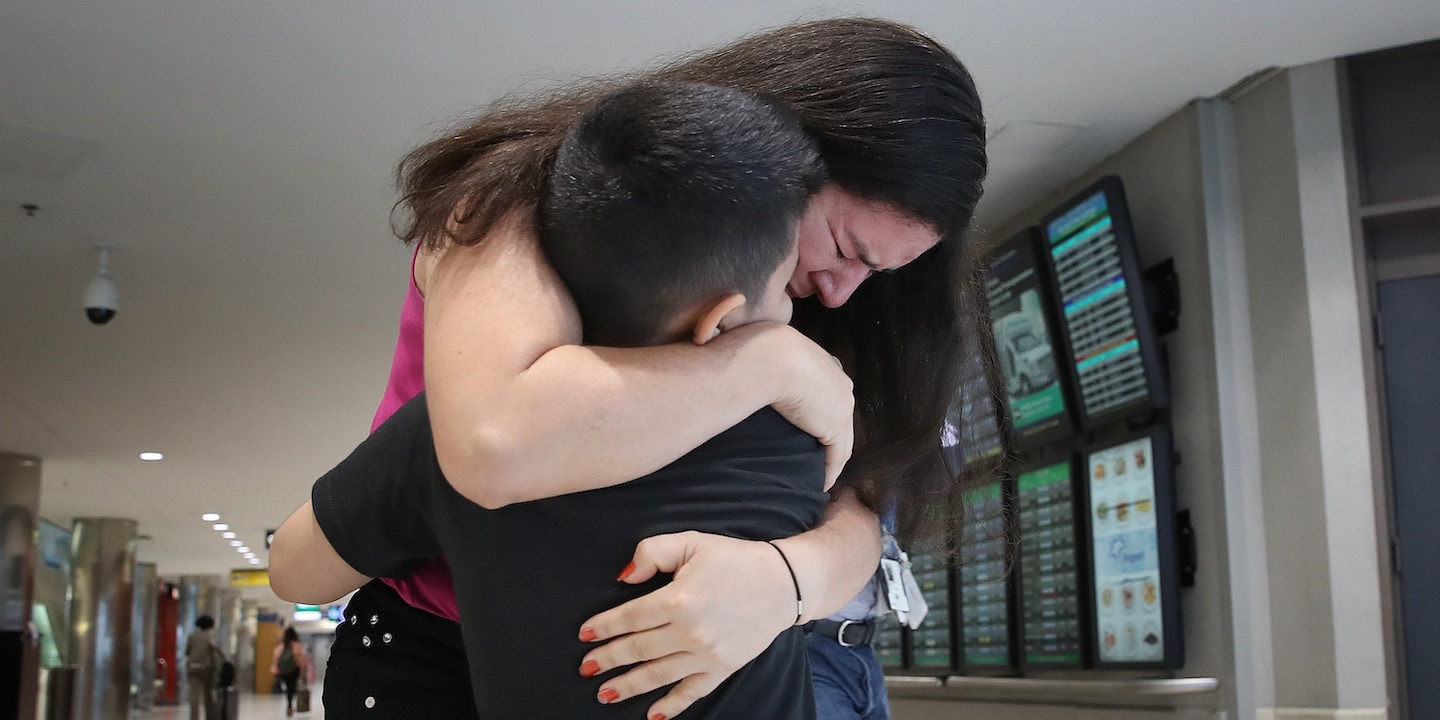 On April 23, the heads of the three major immigration agencies wrote to their boss, Secretary of Homeland Security Kirstjen Nielsen, to present her with three options for how to step up immigration enforcement at the border. They recommended “Option 3” — prosecuting every adult who crossed the border illegally, including those who came with their children — because it would “have the greatest impact on current flows.”

In other words, top immigration officials believed that prosecuting parents, even if it meant separating families, would deter migration. Following their recommendation, Nielsen signed off on “Option 3,” authorizing one of the darkest dramas in the Trump administration’s attempt to remake the U.S. immigration system, resulting in thousands of families ripped apart, hundreds of parents deported alone, and children scattered in shelters across the country.

Despite the fact that the memo makes clear that “Option 3″ would involve family separation, Nielsen for months maintained publicly that “this administration did not create a policy of separating families at the border” and avoided saying that the goal of the newly aggressive prosecutions was deterrence.

The memo and other communications on family separation were released in redacted form through a Freedom of Information Act request brought by the watchdog groups Open the Government and Project on Government Oversight and were shared with The Intercept; the groups also obtained an unredacted copy of the memo, which, at the request of their sources, is not being published. It appears to be the same document reported on, but not published, by the Washington Post in April, before Nielsen added her signature. (The signature itself is redacted, but a spokesperson for the Department of Homeland Security confirmed that it is Nielsen’s.)

In a statement, POGO and Open the Government noted that “the memo does not discuss any plan for reuniting separated families, or the harmful effects of separation on children, nor does it reflect any input from the government agencies who would be responsible for caring for the separated children.” They added that there is more to be learned about the decision-making behind the administration’s actions this spring and summer: “The records point to new important documents, such as a legal analysis of the family separation policy, which remains shielded from the public and from Congress.” The groups also plan to challenge the redactions on the released documents.

“The American public deserves to know what our government has been thinking in terms of how to carry out these extremely devastating policies.”

“This is part of a story to be told here about the humanitarian travesty,” said Emily Creighton, deputy legal director at the American Immigration Council, which is also seeking documents related to family separation. “I think the American public deserves to know what our government has been thinking in terms of how to carry out these extremely devastating policies.”

The Trump administration’s “zero tolerance” immigration policy, which meant trying to prosecute every single person who crossed the border illegally, was enshrined in an April 6 executive order and in guidance from Attorney General Jeff Sessions. In response, the April 23 memo said the immigration agencies could either take a “scalable approach” to curbing illegal entry to the U.S., broadly increasing referrals for prosecution, or they could more systematically refer all single adults for prosecution. But going after single adults would create “the potential for an increase in fraudulent/fictitious” groups presenting as families, the memo cautioned, reflecting a longstanding narrative among immigration authorities that migrants use or even traffic children to avoid detention (a phenomenon whose significance is disputed by outside experts). “DHS could also permissibly direct the separation of parents or legal guardians and minors held in immigration detention so that the parent or legal guardian can be prosecuted,” the memo stated.

And so, the heads of U.S. Citizenship and Immigration Services, Customs and Border Protection, and Immigration and Customs Enforcement landed on the recommendation to prosecute adults with children, too, because it “would likely have the most effective impact” and be “the most effective method” of achieving the “administration’s goal of ending ‘catch and release,’” the memo said, deploying the term used by critics of the long-standing policy of allowing individuals, typically mothers and their children, to be released on bond while awaiting their immigration hearings.

The officials who wrote the memo admitted that the approach had the drawback of “requiring significant resources and presenting increased legal risk” — an understatement, given the public outcry and bevy of legal challenges that occurred once reports of families being separated hit the press.

Many observers have pointed out that the Trump administration’s crisis at the border — the chaos of family separation, the overloading of immigration courts — is one of its own making, the result of a decision to prosecute each and every person illegally entering the U.S. The memo provides a window into the administration’s attempt to rationalize “zero tolerance” with misleading statistics. It frames the policy as a response to a jump in the number of migrant families crossing the U.S.-Mexico border this past spring. But the spike described in the memo is relative to a pronounced dip last year; when the number of border crossings in 2018 is compared with the number in other recent years, it ceases to look remarkable. In fact, border crossings have been on a general downward trend for the last two decades.

The memo also cites a trial period of family separation in El Paso, Texas, from July to November 2017, claiming that it led to a 64 percent decrease in families crossing the border illegally — a statistic that Vox’s Dara Lind has debunked. And it uses the historic arrival of thousands of Central American children in 2014 as an example of the difficulty in deporting adults who arrive with children — ignoring the fact that many of those people may have had legitimate asylum claims or other avenues to stay in the country, notes Katherine Hawkins, an investigator with POGO.

ICE was deporting other families speedily to make room in their facilities for newer arrivals.

Beyond the DHS family separation memo, other documents obtained by POGO and Open the Government include an email sent to Border Patrol chiefs and deputies in July, after judges had intervened against family separation and ordered the government to reunite children with their parents. The email says that thanks to the judge’s order, ICE needed space at family detention facilities in order to reunite families, and so they were “in the process of repatriating as many FMUAs as possible to make space.” (The acronym stands for “Family Unit Aliens,” and is immigration authorities’ shorthand for children apprehended with one or more parent or guardian.)

The acknowledgement that ICE was deporting other families speedily to make room in their facilities for newer arrivals raises concerns about whether the agencies infringed migrants’ right to due process, says Creighton of the American Immigration Council. “Here, you have another inhumane policy introduced in order to address the other inhumane policy,” she said.

Trump ended family separation by executive order on June 20, and the court-ordered reunification process continues. In the meantime, the administration has moved forward with new regulations that would supersede the Flores agreement, a federal consent decree dating back to 1997 that limits the detention of migrant children. If approved by a judge, the regulations will allow immigration authorities to hold families with children for longer and in a greater variety of facilities. They represent a major push toward the administration’s goal of mitigating the public outrage over family separation while expanding family detention.

This story has been corrected to reflect that the documents were obtained by POGO and Open the Government through a FOIA request, not a FOIA lawsuit.

Top photo: Seven-year-old Andy is reunited with his mother, Arely, at Baltimore-Washington International Airport in Linthicum, Md., on July 23, 2018.