Amid a lawsuit over the asylum process, a Salvadoran mother gives details for the first time of how she was separated from her baby. 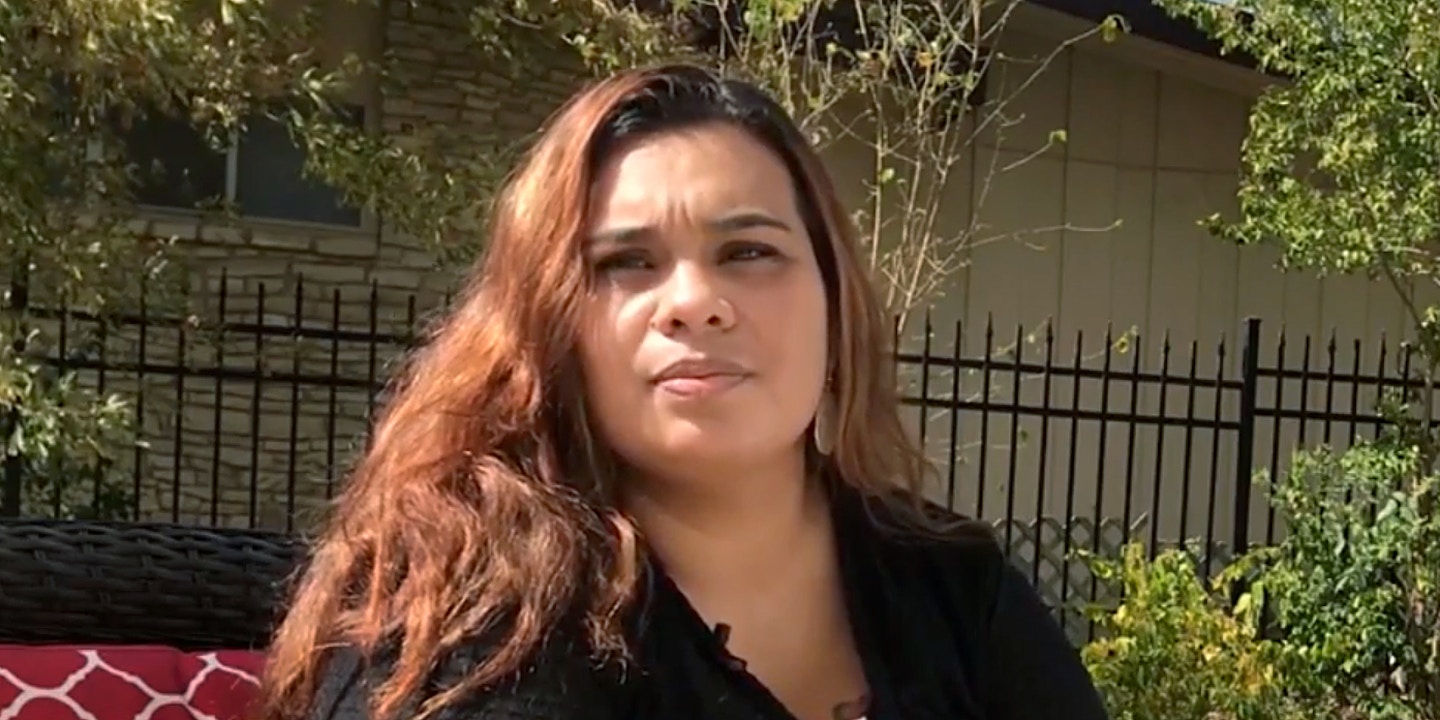 When Leydi Duenas Claros was finally released after more than two months in immigration detention, her 1-year-old daughter didn’t recognize her.

“She didn’t want me to hold her, didn’t want me to touch her,” Duenas, who is 30 years old and from El Salvador, told The Intercept. “Now, I’ve been out almost a week, and she’s just starting to recognize me. It’s so sad.”

Duenas arrived at the bridge between Hidalgo, Texas, and Reynosa, Mexico, in May. When she told U.S. border guards that she wanted to ask for asylum, the baby, then about 11 months old, was taken from her. Unlike in many cases of family separation that occurred under the Trump administration’s policy of “zero tolerance” at the border this spring, Duenas’s child is a U.S. citizen and never wound up in government custody. But the agony of separation was just as acute.

Duenas said she asked for asylum and was told that there was no room, that the facility was full. She could go back to El Salvador, stay in Mexico, or else she would have to wait in line. And so she did.

After two days on the bridge, however, a U.S. official came to tell her that the baby, being a U.S. citizen, couldn’t be sleeping out in the street, on the ground. Either she’d have to call someone to come and get the child or they would call child protective services. If she turned over the child, they told her, she would be allowed to go through immigration. So she called a friend who then came to pick up the baby. As she handed the crying child over to a U.S. official, the official said she’d have to get used to it: “This isn’t the first kid to be without their mother,” Duenas said they told her. “Everyone who comes here, we separate [them] from their children.”

“They said it wasn’t their problem the baby wasn’t eating. They said, ‘We didn’t tell you to come here.’”

Despite the earlier promises, Duenas was told that she had to stay in line. She spent eight days on the bridge. She was distraught and in pain because the baby had still been breastfeeding. “I was sick. I still had lots of milk,” she told The Intercept in a phone interview. Her friend called her to say that the baby wasn’t well because she wasn’t eating; she had been accustomed to breast milk. Duenas remained by the gate, trying to convince officers to let her in, but was repeatedly denied entry.

“They said it wasn’t their problem that the baby wasn’t eating,” she said. “They said, ‘We didn’t tell you to come here.’”

Duenas was finally allowed in to the country and sent to U.S. Immigration and Customs Enforcement processing facility in South Texas. But she did not pass her “credible fear” interview — the initial step in applying for asylum — and was ordered to be deported.

She filed suit against the government in mid-August, saying that her due process rights had been violated because her asylum claim hadn’t gotten a fair hearing. She “was not able to articulate” the facts behind her decision to flee El Salvador, the suit stated, because “at the time she should have been preparing for her asylum proceedings, Ms. Duenas Claros was focused instead on locating her 11-month old child, and ensuring she was being cared for.” (The lawsuit did not go into detail about her ordeal at the border.)

The suit sought to halt Duenas’s deportation and to redo her “credible fear” interview. After the suit was filed, she was granted a new interview. This time, according to her lawyer from the Refugee and Immigrant Center for Education and Legal Service, or RAICES, an immigrant rights group in Texas, she was able to spend two hours with the asylum officer and explain her full story: She’d come to the U.S. more than 13 years ago, but had returned to El Salvador after her family was displaced by Hurricane Harvey and then lost the Phoenix home they’d moved to, thanks to a fire. She tried to make a life in El Salvador, she said, but it was too dangerous.

According to the lawsuit, Duenas’s brother-in-law, a known member of the gang MS-13, raped her when she was 12. His wife, Duenas’s sister, was granted asylum in the United States because of his abuse. He had threatened the rest of the family, saying that he would kill them for giving information about him to Salvadoran prosecutors and that his friends in the police would tell him if they tried to denounce him again.

“The authorities don’t do anything. If you go and make a report, your life is at risk,” Duenas said in a video interview with RAICES, shared with The Intercept before its publication Friday.

The second time around, her asylum case advanced past the initial interview. Last week, she was released on parole and was able to rejoin her husband and five children, including the baby. According to Kathrine Russell, her attorney with RAICES, “historically she would’ve been released with her child” to await an asylum hearing, not locked up for months.

Duenas’s ordeal points to the hurdles facing migrants arriving from Central America who try to ask for asylum under the Trump administration. It has always been difficult to qualify for asylum, but the first steps in the process — arriving at the border and telling authorities that you are afraid to return to your country — have gotten much more difficult.

U.S. Border Patrol and Customs and Border Protection have turned back asylum-seekers, saying that there was no room or that they didn’t qualify for asylum — even though that is supposed to be determined later. Long lines at ports of entry along the border are the norm, and rights groups have accused CBP of intentionally slowing the process.

In June, Attorney General Jeff Sessions, deploying a rarely used power of his office, personally intervened to overturn an asylum decision in order to argue against legal precedents for cases based on domestic violence and gang violence. His controversial ruling led to new, more restrictive guidelines for asylum officers conducting “credible fear” interviews. The changes overwhelmingly affect people like Duenas fleeing El Salvador and neighboring Central American countries, where gangs and violence against women are rampant.

“We’ve ramped up our orientation and guidance so that people know what to bring up in the interviews, the parts of their stories that might not come out immediately.”

Anecdotally, attorneys and rights groups working in border detention centers say they’ve seen “credible fear” denials increase steadily since June. Given the new presumption against claims on the basis of domestic violence or gang violence, it’s even more important that people prep their cases to make them as strong as possible, said Joanna Williams of the Kino Border Initiative, a rights group that works in Arizona and Sonora, Mexico. “We’ve ramped up our orientation and guidance so that people know what to bring up in the interviews, the parts of their stories that might not come out immediately. We’ve ramped up legal resources. The [credible fear interview] happens so quickly, and so many people don’t have access to legal resources to flesh out these claims.”

The difficulty for migrants of telling their story in such a way that will get the right boxes ticked by an asylum officer is compounded by trauma. In addition to the experience that caused them to flee, many are abused or harmed on the harrowing journey north. To then be separated from their children at the U.S. border adds a whole other dimension — a group of parents are now suing the administration saying that they lost their chance at asylum because they were debilitated by the anguish of separation.

Duenas was lucky to get a second chance. But the experience has left her scarred and terrified to encounter immigration officials again.

“I’m so much more afraid here now,” she told The Intercept. “Because I’ve had this problem with immigration, I’m afraid to drive, afraid to take the kids to school, afraid to go grocery shopping.”

Top photo: Leidy Duenas Claros in an interview with the Refugee and Immigrant Center for Education and Legal Service.