The feds are mad that, in a pilot program, airlines are keeping flights on time by letting passengers skip a facial recognition procedure at boarding. 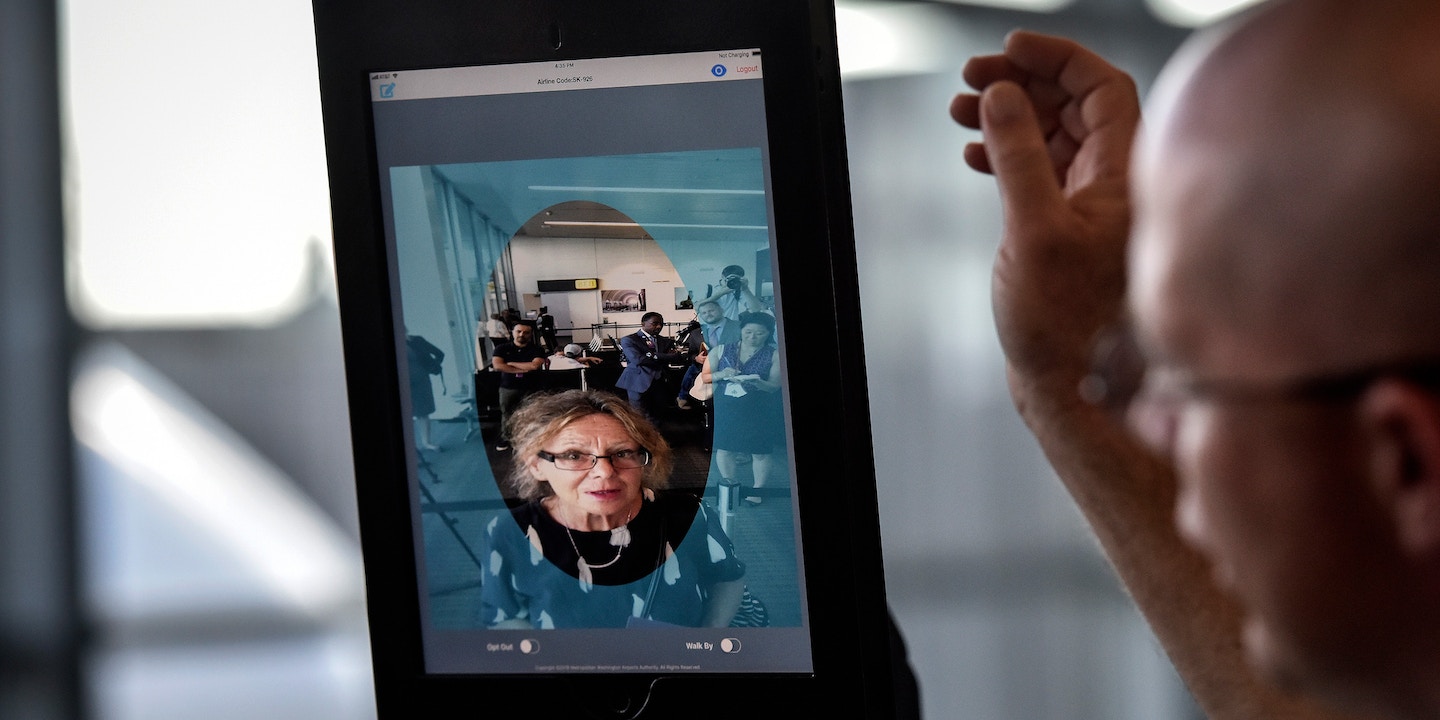 Omnipresent facial recognition has become a golden goose for law enforcement agencies around the world. In the United States, few are as eager as the Department of Homeland Security. American airports are currently being used as laboratories for a new tool that would automatically scan your face — and confirm your identity with U.S. Customs and Border Protection — as you prepare to board a flight, despite the near-unanimous objections from privacy advocates and civil libertarians, who call such scans invasive and pointless.

According to a new report on the Biometric Entry-Exit Program by DHS itself, we can add another objection: Your flight could be late.

Although the new report, published by Homeland Security’s Office of the Inspector General, is overwhelmingly supportive in its evaluation of airport-based biometric surveillance — the practice of a computer detecting your face and pairing it with everything else in the system — the agency notes some hurdles from a recent test code-named “Sprint 8.” Among them, the report notes with palpable frustration, was that airlines insist on letting their passengers depart on time, rather than subjecting them to a Homeland Security surveillance prototype plagued by technical issues and slowdowns:

Demanding flight departure schedules posed other operational problems that significantly hampered biometric matching of passengers during the pilot in 2017. Typically, when incoming flights arrived behind schedule, the time allotted for boarding departing flights was reduced. In these cases, CBP allowed airlines to bypass biometric processing in order to save time. As such, passengers could proceed with presenting their boarding passes to gate agents without being photographed and biometrically matched by CBP first. We observed this scenario at the Atlanta Hartsfield-Jackson International Airport when an airline suspended the biometric matching process early to avoid a flight delay. This resulted in approximately 120 passengers boarding the flight without biometric confirmation.

“Repeatedly permitting airlines to revert to standard flight-boarding procedures without biometric processing may become a habit that is difficult to break.”

The report goes on to again bemoan “airlines’ recurring tendency to bypass the biometric matching process in favor of boarding flights for an on-time departure.” DHS, apparently, is worried that it could be habit-forming for the airlines: “Repeatedly permitting airlines to revert to standard flight-boarding procedures without biometric processing may become a habit that is difficult to break.”

These concerns, however, are difficult to square with a later assurance that “airline officials we interviewed indicated the processing time was generally acceptable and did not contribute to departure delays.”

The report ends up concluding that this and other logistical issues “pose significant risks to CBP scaling up the biometric program to process 100 percent of all departing passengers by 2021.” And it has some ideas to do something about it, namely “enforcement mechanisms or back-up procedures to prevent airlines from  bypassing biometric processing prior to flight boarding.”

As the success of biometric-reliant line-skipping services — like TSA Pre-Check and Clear — have shown, many flyers are happy to swap their irreplaceable biometrics in the name of convenience. The prospect of missing a connecting flight, however, could bring out the pitchforks.