A Minnesota Republican running for attorney general helmed a partisan blog while clerking on the state Supreme Court. 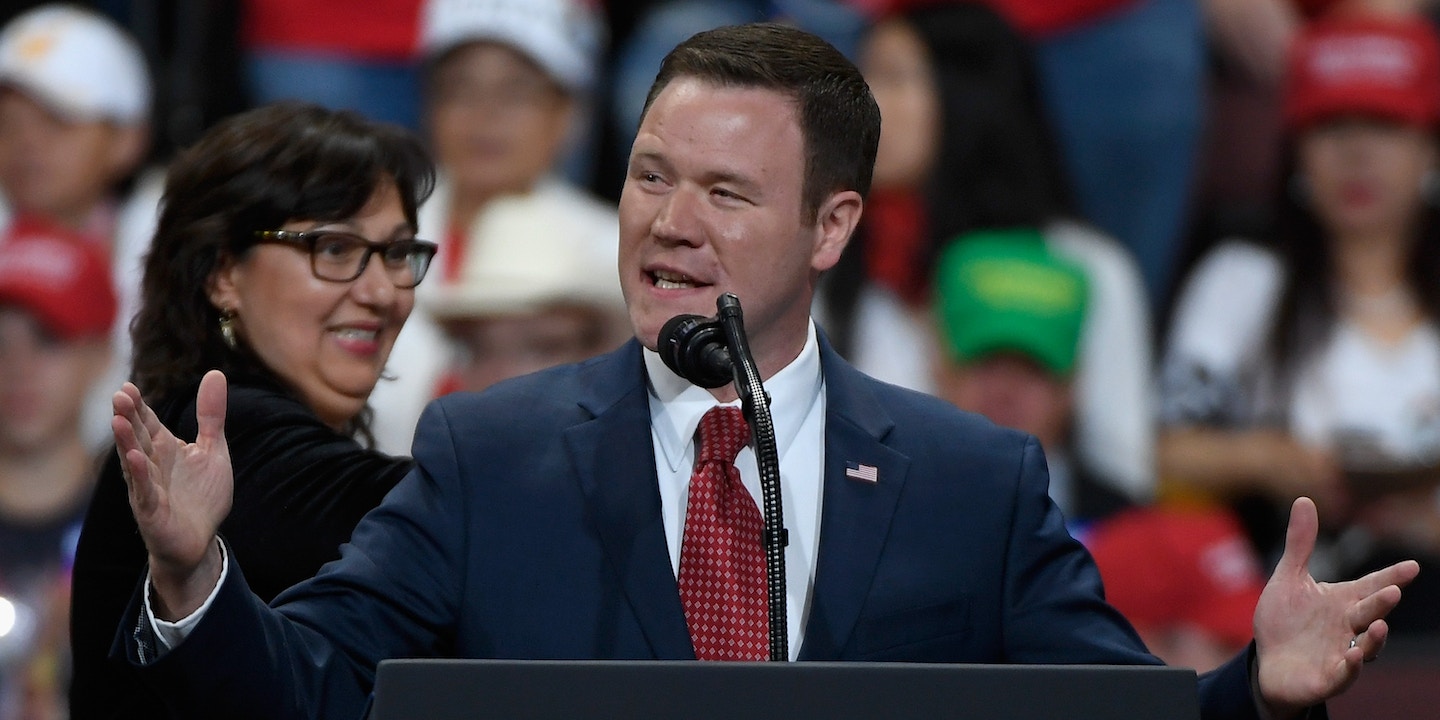 Minnesota Republican attorney general candidate Doug Wardlow was the author of a controversial, partisan blog while he was a clerk at the Minnesota Supreme Court, The Intercept has learned. Wardlow was previously suspected of authoring the anonymous blog but has declined to comment. Only circumstantial, albeit persuasive, evidence had emerged until now.

His authorship of the blog is a critical election issue, as a key question in the race is whether each candidate can play the role of the state’s top cop in a nonpartisan manner. Many have doubted that Wardlow could do so. At a private fundraiser earlier this year, Wardlow boasted that he would “fire 42 Democratic attorneys right off the bat and get Republican attorneys in there.”

He later sought to walk back this sentiment in a statement to the press. “I have consistently stated throughout this campaign, I will appoint assistants and deputies who believe in the rule of law and the Constitution. There will be no litmus test for party affiliation,” he said.

Wardlow is locked in a tight race with Democratic Rep. Keith Ellison for the state attorney general job.

A lawyer who clerked with Wardlow at the time — in 2004 and 2005 — told the Minnesota-based publication City Pages this week that Wardlow maintained a personal blog while working at the state Supreme Court. That blog was called The Rostra.

The blog has long since been deleted, but portions of it were captured by the Internet Archive’s Wayback Machine, which stores old webpages that may no longer be active.

The captured posts, in which the author decried liberals and offered open support for partisan politicians, reveal deeply partisan activity, which ethics experts say could run afoul of court rules.

In a post made two months before the 2004 presidential election, the author defended Swift Boat Veterans for Truth attack ads against John Kerry. “It is fine, apparently, for Kerry-supporting 527s to demonize and lie about our sitting president in war time to the tune of tens of millions of dollars, but heaven forbid a group of war veterans raise under a million dollars and go on the air in a handful of states with two advertisements,” the author wrote. The author also cheered on Republican National Convention speakers, as in one post titled “Give ‘Em Hell, Zell,” where they applauded the former Georgia Democratic Sen. Zell Miller’s barbs at the Democratic Party.

In a post from November 15, 2004, the author advocated for Condoleezza Rice to be secretary of state. “The selection of Condoleezza Rice would be momentous — the first black woman to ever hold such a high post, more proof that the Republican Party is truly committed to diversity and inclusion, while the Democratic Party and groups like the NAACP continue to be exclusive, only showing favor on minorities of a markedly left-wing flavor,” they wrote.

In other posts, the author lamented efforts to expand early voting. “Their goal is generally to increase turnout and make voting easier,” the author wrote of voting advocates. “Laudable goals? Maybe not. Higher turnout is not necessarily a virtue if it is sparked not by voter education and real civic concern on the part of those casting ballots, but rather by the goading of voter turnout advocates combined with easy access to balloting. If people are too lazy to show up at the polls over the course of twelve hours, it says something about the intensity of their support for their chosen candidate.”

In another post, the author expressed outrage at the Supreme Court ruling that found death sentences unconstitutional for minors who committed crimes. The author floated impeachment of judges if similar decisions continued to be made.

Nowhere in the blog does it explicitly say that the author is Wardlow, but City Pages notes that there is circumstantial evidence that he was indeed the author. The blog’s “about me” statement says that they hold a degree in government and political theory from Georgetown and a J.D. from its law school — just as Wardlow does. The contact email listed is “[email protected]” The American flag banner on the webpage was hosted at “lynnwardlow.com/rostrabanner.jpg” — Lynn Wardlow is Doug’s father.

But the strongest evidence is a blog post from 2004, which was not archived on the Wayback Machine but was saved by a source before the blog was taken down, and provided to The Intercept. The post gives away the identity of the author by referencing Wardlow’s brother, Capt. Jason Wardlow: Credit: Image provided to The Intercept

Authoring these blog posts while serving as a clerk may have run afoul of professional ethics norms.

“The rules of judicial conduct, which applied then and which include clerks, would have prohibited this type of partisan activity,” David Schultz, a professor at the University of Minnesota Law School who has taught professional responsibility and legal ethics courses for 20 years, explained to The Intercept. “In addition, the Rules of Professional Conduct would have also prohibited it.”

Another University of Minnesota legal expert, Carol Chomsky, offered a more nuanced answer, saying that it depends on when and where Wardlow would have written the blog posts.

“I believe that the current policy of the state court, adopted in 2006, states that ‘[a]ll of an employee’s activities and actions, both on and off the job, have the potential to reflect upon the impartiality and integrity of the Judicial Branch,’ but the specifics of the rule don’t expressly forbid all political activity,” she wrote in an email to The Intercept. “The rule forbids engaging in political activity during scheduled work hours, on court property, or when using government vehicles or equipment, and also prohibits using public facilities or an official employment title even during non work-hours. The ethical rules in federal court are more expansive, indicating that judicial employees should ‘refrain from partisan political activity’ without reference to whether the activity is during or outside of work hours. I think engaging in partisan activity of the sort you’ve referred to is contrary to the spirit of the state rule because it would reflect on the sense of impartiality of the Judicial Branch, but may not have violated the explicit provisions of the rule, depending on when and how the work was done.”