A U.S. ally that launched a bloody crackdown on pro-democracy protesters seems determined to hunt down even critics who have been granted asylum abroad. 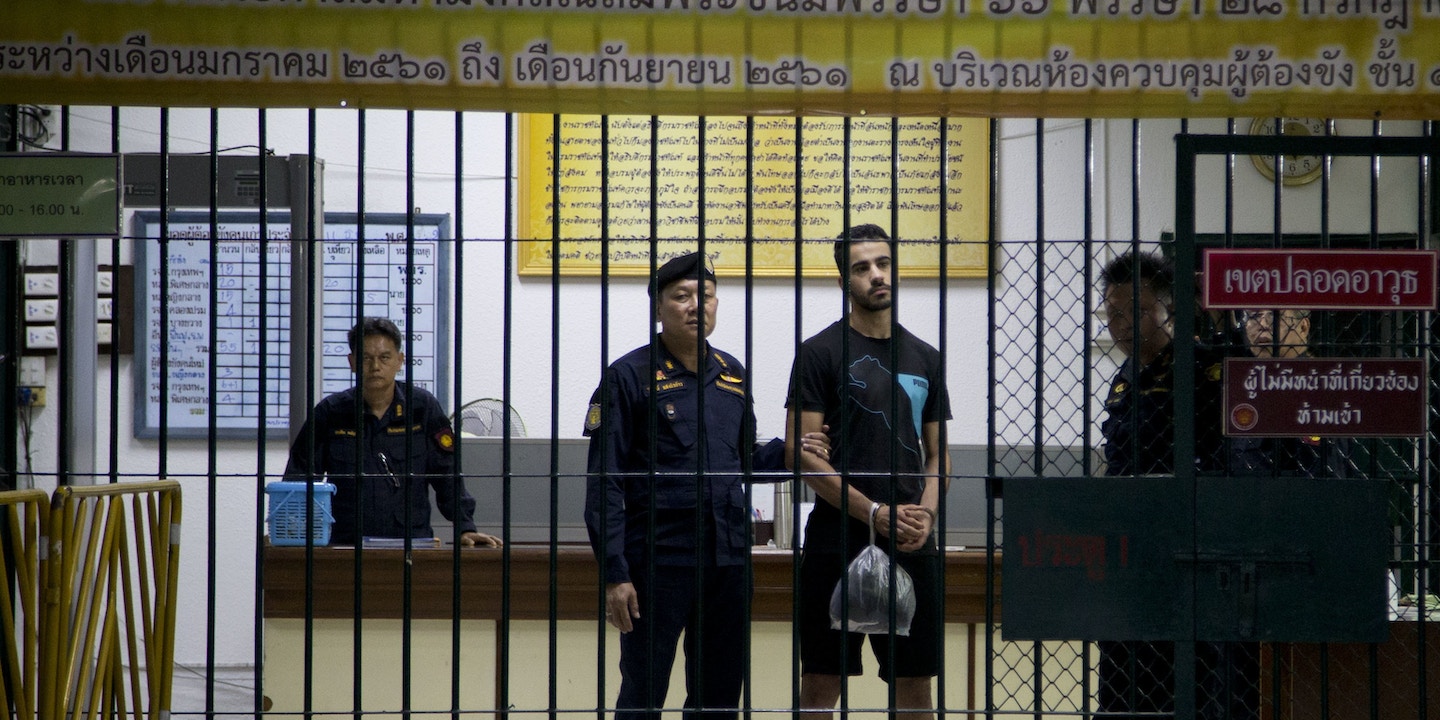 Eight years ago this month, the wave of pro-democracy protests that came to be known as the Arab Spring reached Bahrain, where a brief flowering of dissent against the Gulf monarchy that hosts the U.S. Navy’s 5th Fleet was stifled in a bloody crackdown, backed by troops from neighboring Saudi Arabia.

Dozens of protesters, drawn largely from the country’s Shiite Muslim majority, were gunned down in broad daylight by security forces, including marchers with their hands in the air, chanting, “Peaceful! Peaceful!” Thousands of political prisoners have been detained and tortured — among them, stars of the national soccer team — and the country’s leading human rights activist has been jailed repeatedly for tweeting.

Despite such outrages, Bahrain’s royal family, bolstered by the presence of the U.S. Navy — and subjected only to mild criticism by the Obama Administration, and none by the Trump Administration — has been able to act against pro-democracy activists with relative impunity, in part by framing dissent against the Sunni Muslim monarchy as some kind of plot by Iran, the Shiite-led power across the Persian Gulf.

One of the few times Bahrain’s rights record has proven costly to the ruling al-Khalifa family was in 2016, when a leading member, Sheikh Salman bin Ebrahim al-Khalifa, failed to win an election to be the head of the world soccer governing body, FIFA, following a campaign by dissidents to draw attention to his failure to protect Bahraini soccer players who were arrested and tortured for taking part in the demonstrations.

Among those who voiced public criticism of Sheikh Salman ahead of the FIFA election was Hakeem al-Araibi, a former player on Bahrain’s national soccer team who said that he had been threatened and tortured for speaking out, and was forced to flee the country for Australia after being accused of taking part in an attack on a police station. Araibi called that charge absurd, since he had been on the soccer field at the time, playing in a nationally televised match, but he was convicted in absentia nonetheless and sentenced to 10 years in prison. That sentence seemed to confirm that his fears of persecution by Bahrain’s government were legitimate, and he was granted asylum by the authorities in Australia, where he signed with a semiprofessional team in Melbourne and set about rebuilding his life.

Asked in 2016 to comment on Sheikh Salman’s candidacy to lead FIFA, Araibi told the New York Times that the royal had failed to respond to a request from his sister to intervene or stop his torture. “They blindfolded me,” he recalled. “They held me really tight, and one started to beat my legs really hard, saying: ‘You will not play soccer again. We will destroy your future.'”

In November, Araibi discovered the doggedness with which Bahrain continues to pursue dissidents when he flew from Australia to Thailand with his wife for a delayed honeymoon, and, despite having been assured by Australian authorities that his status as a refugee would protect him, he was detained on arrival by Thai police acting on an Interpol red notice issued at Bahrain’s request. He has been in jail in Bangkok, fighting extradition to Bahrain, ever since.

“If Hakeem is extradited to #Bahrain, he is at great risk of facing torture & unlawful imprisonment. His extradition would constitute to refoulement and therefore would be a clear breach of international law.” @BirdBahrain_ https://t.co/11d7a410ck pic.twitter.com/rUVUBrpN1y

On Friday, Thailand’s attorney general ignored requests from Australia — and pleas from the secretary general of FIFA, as well as senior officials at the United Nations and the International Olympic Committee — to stop the extradition process and referred the matter to court.

The fact that the arrest warrant for Araibi was sent to Thai authorities only after the soccer player had purchased his plane tickets suggests that Bahrain was keeping close tabs on him. In an interview with The Guardian last week, Araibi said that he was convinced that his arrest was nothing more than revenge for his criticism of Sheikh Salman, who is currently standing for re-election as the head of the Asian Football Confederation. “Bahrain wants me back to punish me because I talked to the media in 2016 about the terrible human rights and about how Sheikh Salman is a very bad man who discriminates against Shia Muslims,” Araibi said from Bangkok Remand Prison. “I am so scared of being sent back to Bahrain, so scared because 100 percent they will arrest me, they will torture me again, possibly they will kill me.”

Nadthasiri Bergman, Araibi’s lawyer, promised to appeal an extradition decision and urged the player’s supporters to raise public awareness of his plight.

“For 7 years, not a day went by that I did not hear my wife's voice. Now I'm in jail for a crime I didn't commit. She is out there. Alone. It breaks my heart not to know when I will get to see her or hear her voice again. Please fight for me.” A message from Hakeem. #SaveHakeeem pic.twitter.com/uhYkGdiqnC