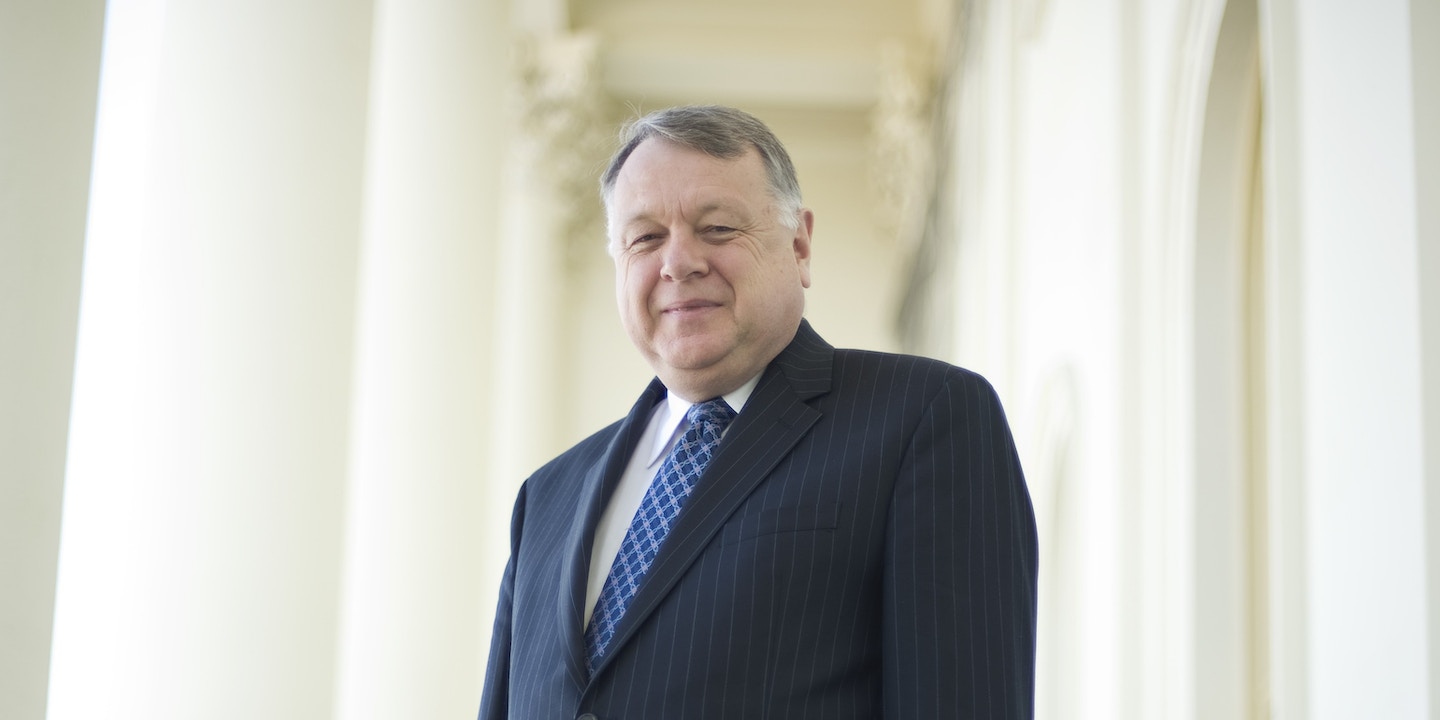 Less than a month after Democrats — many of them running on “Medicare for All” — won back control of the House of Representatives in November, the top health policy aide to then-prospective House Speaker Nancy Pelosi met with Blue Cross Blue Shield executives and assured them that party leadership had strong reservations about single-payer health care and was more focused on lowering drug prices, according to sources familiar with the meeting.

Pelosi adviser Wendell Primus detailed five objections to Medicare for All and said that Democrats would be allies to the insurance industry in the fight against single-payer health care. Primus pitched the insurers on supporting Democrats on efforts to shrink drug prices, specifically by backing a number of measures that the pharmaceutical lobby is opposing.

Primus, in a slide presentation obtained by The Intercept, criticized single payer on the basis of cost (“Monies are needed for other priorities”), opposition (“Stakeholders are against; Creates winners and losers”), and “implementation challenges.” We have recreated the slides for source protection purposes.

Democrats, Primus said, are united around the concept of universal coverage, but see strengthening the Affordable Care Act as the means to that end. He made his presentation to the Blue Cross executives on December 4. “We don’t discuss private meetings, if there was such a meeting,” said a BCBS spokesperson. Primus said that he did not discuss any kind of deal with the insurers. Henry Connelly, a spokesperson for Pelosi, said that the assessment of single payer was not related to any dealmaking with the industry. “We’re not going to barter lower prescription drug costs for inaction in the rest of the health care industry. The presentation was a broad look at the health care environment and some of House Democrats’ legislative priorities over the next two years in a period of GOP control of the Senate and White House,” Connelly said.

The debate over Medicare for All is playing out on a number of different levels, with no clear consensus over how the government-run, single-payer health plan ought to take shape. Presidential candidates are arguing over whose plan is stronger and gets to full Medicare for All faster, with a debate raging over whether private insurance should be banned outright or operate in addition to universal Medicare coverage.

In the House, even as the idea has picked up momentum with voters and members of the Democratic caucus, Democratic leadership has remained deeply skeptical. Pelosi’s consistent messaging, instead, has been around protecting the Affordable Care Act and lowering prescription drug prices.

“Speaker Pelosi has ensured that Medicare for All will have hearings in the House and tapped Congressman Brian Higgins to take the lead on Medicare buy-in legislation. For the first time, House committees will be seriously examining and tackling some of the questions and possible solutions raised by Medicare for All legislation,” said Connelly.

“The biggest obstacles facing Medicare for All right now are Mitch McConnell and Donald Trump,” he added.  “But in the near term, there is a window for Democrats to press Trump to help pass aggressive legislation to negotiate down the skyrocketing price of prescription drugs.” The “your” refers to insurers, who bear costs for medical expenses covered under their plans. That puts insurers and Pelosi, at least in one sense, in alignment, as both have an interest in lower costs. Indeed, insurers regularly negotiate to lower their health care costs, but in practice their efforts have had little effect on the general trend in costs. Drug company patents give pharmaceutical giants outsized power to set prices, and hospital consolidation has also given providers more power in those negotiations. Even where insurers have been able to negotiate lower prices for their own customers, that has done little to shrink the list price of drugs for the public.

At the briefing, Primus mentioned three avenues that Pelosi, a California Democrat, sees toward lower drug prices, sources said. The first, the CREATES Act, is bipartisan legislation, strongly opposed by Big Pharma, that would make it easier for generic drug companies to get access to a sufficient quantity of medications needed to produce generics.

The second measure addresses what’s known as “pay for delay,” in which a drug company pays a generic manufacturer to not produce a generic version of an expensive drug. Democratic leadership wants to ban that practice. The third revolves around the issue of “evergreening,” which is a pharmaceutical industry practice of extending patent protection for a particular drug through a variety of practices. Democrats want to restrict evergreening to encourage cheaper generics make it to the market faster.

Primus’s approach has a strong political logic to it, as taking on every health care stakeholder at once is arguably more difficult than singling out one industry and hammering away, even if the effort is out of step with where progressive energy is at the moment.

Primus is known in Congress as one of the staunchest foes of Big Pharma, while Pelosi’s posture toward Medicare for All is more complicated. Publicly, she has long said that she supports it aspirationally. “I was carrying around single-payer signs probably before you were born, so I, you know, I understand that aspiration,” she said in 2017 during an interview with TV host Joy Reid.

“This is an idea that if we had a tabula rasa, if we were just starting clean, would be the most cost-effective way to go forward. We don’t have that,” she said. “Over 120 or 150 million people in our country have employer-based access to their health coverage and insurance.”

At the time, her objection to Medicare for All was that it distracted from the fight to defend the ACA, which Republicans were trying to gut. “So right now, I’m going to be crude. Now we’re in my living room, so I can be crude. It isn’t helpful to tinkle all over the ACA right now,” Pelosi said. “Right now, we need to support the Affordable Care Act and defeat what the Republicans are doing.”

At other moments, she has said that single payer isn’t popular, arguing, also in 2017, that “the comfort level with a broader base of the American people is not there yet.”

The Democratic Congressional Campaign Committee, which operates under Pelosi, in 2017 presented House Democrats with survey data, claiming that it showed that single-payer was a political loser, and that Democrats should focus their messaging on lowering drug prices and protecting the ACA.

Yet a significant number of Democrats who flipped Republican districts blue in 2018 were publicly supportive of Medicare for All, suggesting that it isn’t necessarily the albatross Pelosi and the DCCC believe it to be. A poll from October found that more than half of Republicans support the concept.

Pelosi’s agreement to hold House hearings on Medicare for All came after pressure from the Congressional Progressive Caucus. Yet the hearings will be held by the Budget Committee, which, unlike the powerful Ways and Means and Energy and Commerce committees, would not have final jurisdiction over Medicare for All in the event of a genuine attempt to pass it.

Primus, like Pelosi, is well-known to be a deficit hawk, and both subscribe to the argument put forward by the late Pete Peterson that the debt and deficit are among the gravest threats facing the country. When Peterson, a billionaire who spent hundreds of millions of dollars to push Washington policymakers toward austerity, died in 2018, Pelosi delivered a floor speech that praised him and his vision effusively, speaking of the man as if he’d dedicated his life to eradicating child malnutrition or curing cancer, rather than as a Wall Street tycoon who spent millions pushing for major cuts to Social Security and Medicare. “Pete was a clarion voice for fiscal responsibility, and a strong moral conscience in Washington,” Pelosi said in her House floor eulogy of Peterson, who, by 2012, had already spent half a billion dollars targeting Social Security, Medicare, and other spending programs.

“Pete’s prophetic voice on the importance of fiscal sustainability brought together generations of policymakers, no matter their political background,” Pelosi said. “His legacy will endure in many ways, but especially through the work of the Peterson Foundation, which continues to focus on solutions to America’s fiscal and economic challenges.” Two of Primus’s five objections to single payer before the Blue Cross audience related to such alleged fiscal challenges. That argument, though, runs headlong into a surge of new interest among Democrats in Modern Monetary Theory, the idea that policymakers are still constrained by a mindset that was justifiable when the U.S. was on the gold standard, but is no longer defensible. Now that the U.S. issues a currency independent of its gold reserves, the obstacle to government spending is inflation, not the debt or deficit, proponents of MMT say. “This zero-sum mentality has no place in a post-Bretton Woods world,” said economist Stephanie Kelton in reaction to Primus’s argument that spending on Medicare for All would foreclose other priorities. (Post-Bretton refers to the global agreement that the dollar will be the global economy’s reserve currency, ultimately decoupled from gold.)

“The U.S. dollar is no longer tethered to gold, which means the federal government is not constrained in its spending by the need to raise revenue. The federal government cannot run out of dollars. This should be painfully obvious, but the gold-standard mentality continues to grip many lawmakers,” Kelton said.

As long as inflation remains low, the government can continue to authorize additional spending. That’s not so much an argument as it is simply an observation of the post-gold-standard reality that austerity advocates like Peterson have spent billions to distort. “The government can afford any new program it chooses to fund. The limits are in the real economy — if producers can’t keep up with the additional demand, inflation will result,” said Kelton, a former adviser to the Senate Budget Committee when it was chaired by Sen. Bernie Sanders. “The federal government — as the issuer of the U.S. dollar — can create all the money that is needed to guarantee health care for all of its people. It’s the rest of us — who merely use the dollar — who have to worry about costs and where to come up with the money to pay a huge medical bill when our private insurer refuses to cover the cost of care.”

This reality has been recognized by former Federal Reserve Chairs Alan Greenspan and Ben Bernanke, as well. “The United States can pay any debt it has because we can always print money to do that. So, there is zero probability of default,” Greenspan once said.

Ryan Grim is the author of the forthcoming book “We’ve Got People: The End of Big Money and the Rise of a Movement.” Sign up here to get an email when it’s released.