In Georgia’s “Murderville,” Devonia Inman May Finally Have a Chance to Prove His Innocence

Inman is serving a life sentence for murder. But DNA evidence implicates another man, Hercules Brown, who went on to kill at least two other people. 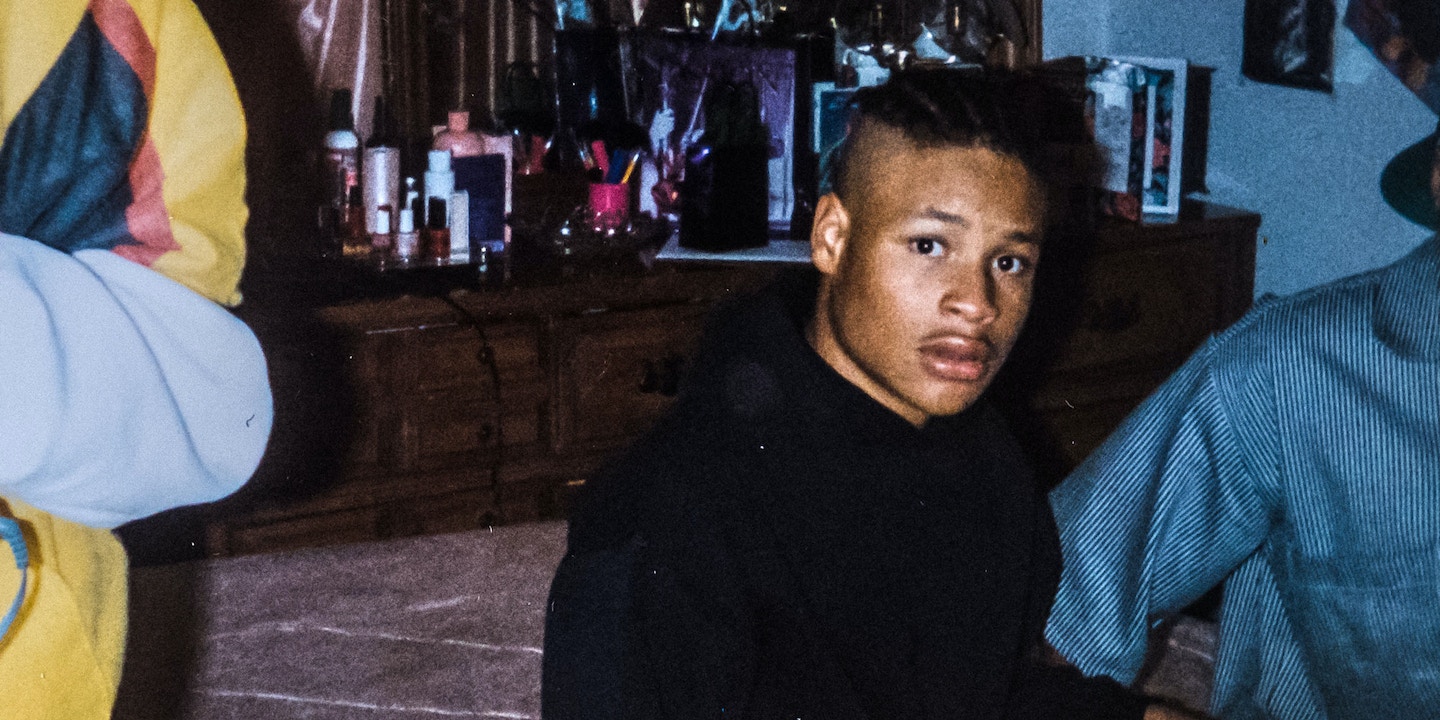 More than eight years after DNA evidence revealed the state of Georgia sent the wrong man to prison for murder, Devonia Inman may finally have a chance to prove his innocence in court. In an order released this week, Lookout Mountain Judicial Circuit Chief Judge Kristina Cook Graham ruled that Inman’s challenge to his 2001 conviction could move forward.

Inman, who turned 40 last August, is serving a life without parole sentence for the 1998 murder of a woman named Donna Brown at a Taco Bell in the South Georgia town of Adel. He has always sworn his innocence but until now has been rebuffed by the courts — even in the face of DNA evidence pointing to someone else. Inman’s petition, filed in January 2018, argued that he is wrongly serving a life sentence for a crime committed by another man who is not only implicated in Brown’s murder, but went on to kill at least two other people in Adel. This man, Hercules Brown, is currently serving a life sentence for the double murder.

In her order, Graham gave permission for Inman’s attorneys to pursue his innocence claim and develop evidence to prove that Georgia prosecutors concealed critical information that could have shown from the start that Inman had nothing to do with the crime. “We are pleased that the court denied the state’s motion to dismiss and look forward to proceeding with discovery and a hearing on the merits of Mr. Inman’s claims,” Thomas Reilly, a member of Inman’s pro bono legal team with the law firm Troutman Sanders, wrote in an email on Friday.

That evidence and Inman’s likely innocence were explored in The Intercept’s 2018 investigative podcast Murderville, Georgia. Beginning in the fall of 2015, we repeatedly traveled to Adel and spoke to a number of people who said they had tried to tell police that they had the wrong man in the Taco Bell case, only to be ignored. We also talked to people who had implicated Devonia Inman as the murderer, and then recanted their statements. Those recantations were also ignored. And we spoke to people who firmly believe that if investigators had paid any attention to these things, additional bloodshed would have been avoided.

Brown’s murder was just the first in a string of brutal crimes that shocked Adel, a town of roughly 5,000 people not far from the Florida state line. While Inman was sitting in jail awaiting trial, there were three more murders in Adel. In April 2000, a man named Shailesh Patel was beaten to death at home. That crime has never been solved. And then in November 2000, a beloved shopkeeper, William Bennett, and his employee, Rebecca Browning, were bludgeoned to death at lunchtime inside Bennett’s store. Hercules Brown was quickly arrested and eventually pleaded guilty to the double murder.

Hercules had long been rumored to be the real man responsible for killing Donna Brown. Along with his history of violence, he had been working at the Taco Bell for two years, often on the closing shift — the same shift Donna Brown was working on the night she was killed.

While Inman was sitting in jail awaiting trial, there were three more murders in Adel.

That night, September 19, 1998, was Brown’s second night on the job. She locked up alone, carrying with her roughly $1,700 in a bank bag. As she walked the short distance across the parking lot to her car, Brown was ambushed and shot once through the right eye. The killer took the bank bag and Brown’s car, which was dumped a short distance away in the parking lot of an abandoned Pizza Hut. Neither the bank bag nor the money was ever found, but the killer had left a key piece of evidence in the car: a length of gray sweatpants that had been cut into a homemade mask.

At Inman’s trial, prosecutors said the mask had been worn by Brown’s killer — Devonia Inman. But they were wrong. In 2011, nearly a decade after Inman wrote to the Georgia Innocence Project asking for their help, GIP lawyers won the right to test the mask for DNA. As Graham noted in her order this week, “Those tests returned only one match: Hercules Brown.”

“Those tests returned only one match: Hercules Brown.”

At a 2014 hearing about the DNA evidence, the judge who presided over Inman’s original trial concluded that the match did not necessarily exonerate Inman. Although the judge also admitted he could have been wrong about that, he nonetheless denied Inman a new trial. The ruling was appealed to the Georgia Supreme Court, but they declined to review it.

But the DNA isn’t the only evidence that implicates Hercules. During his 2001 trial, Inman “sought to introduce evidence from multiple witnesses that [Hercules] had confessed to the murder of Donna Brown,” Graham writes, but he was forbidden from doing so by the same trial judge.

Graham’s order means Inman’s lawyers will finally have the chance to pursue that evidence — and in particular, a witness who was not known to Inman’s lawyers during his trial, a woman named Kim Brooks, who was hired to take over Brown’s position as a Taco Bell manager not long after her murder.

An investigator with Inman’s current pro bono legal team found Brooks during a visit to Adel in 2017. Brooks told the investigator that shortly after Brown was killed, Hercules tried to convince her to stage a robbery at the Taco Bell and steal the night’s cash receipts. Another former Taco Bell employee told us Hercules tried the same thing with her. “In addition,” Graham writes in her order, “Mr. Brown told Ms. Brooks he had done something bad and he was aware someone else was going to prison for what he had done.”

Brooks’s recollection was a key part of the petition filed by Inman’s lawyers, in part because Brooks also said that she reported her interaction with Hercules to the police investigating Brown’s murder well before Inman went to trial. Despite the state’s obligation to disclose this to Inman’s attorneys, there was no mention of Brooks or her account in any of the files turned over by the state.

In its motion to dismiss Inman’s challenge, the state acknowledged that “indeed” Hercules had tried to get Brooks to “stage a robbery of the Taco Bell shortly after the murder occurred.” But it was Inman’s obligation to find Brooks before his trial, the state argued, and because he didn’t do so, he shouldn’t be able to raise the issue now in an effort to overturn his conviction. “There is no reason why Brooks could not have been found and interviewed,” a special state assistant attorney general wrote. Interviewing Brooks would have been “a quite reasonable investigative technique.”

Inman’s lawyers have argued that this is nonsense — Brooks wasn’t hired until after the murder, so there was no reason the trial lawyers would have known about her. Regardless, they argue, the state had an obligation to tell Inman’s lawyers about her. Brooks told the lawyers that when she tried to report what she knew, the lead investigator on the Donna Brown case brushed her off, telling her the case was already closed.

In her order, Graham emphasized the state’s failure to disclose exculpatory evidence while rejecting the argument that Inman’s new evidence comes too late and should be dismissed on procedural grounds. She also granted a request by Inman’s attorneys to interview Hercules Brown in prison — a request opposed by the state on a number of dubious grounds. The lawyers shouldn’t be allowed to interview Hercules solely for the purpose of trying to prove Inman’s innocence, according to the state, an act they refer to as “a waste of time and resources.”

The state also argues that such an interview might violate Hercules’s right against self-incrimination.

In her order, Graham found these arguments unpersuasive.

For Inman’s supporters, Graham’s ruling comes as a glimmer of hope in what has been a long and arduous journey. Attorney and law school dean Jessica Cino, his most dedicated advocate, was stunned at the ruling. For years she has tried to be cautious not to raise Inman’s expectations when it comes to his chances in court. “It’s great news for Devonia,” she said in a phone call on Friday. After years of setbacks, “this is a great sign for him.”

Devonia’s family, who never understood why the DNA evidence wasn’t enough to clear their son, has prayed for another chance for him to prove his innocence. His mother, Dinah Ray, wrote in a text message on Thursday, “When I heard it, all I could do was drop down and cry.”