“If cut loose by the CIA,” the report notes, militias “may be reborn as private armies or ‘security guards’ in the service of powerful individuals.” 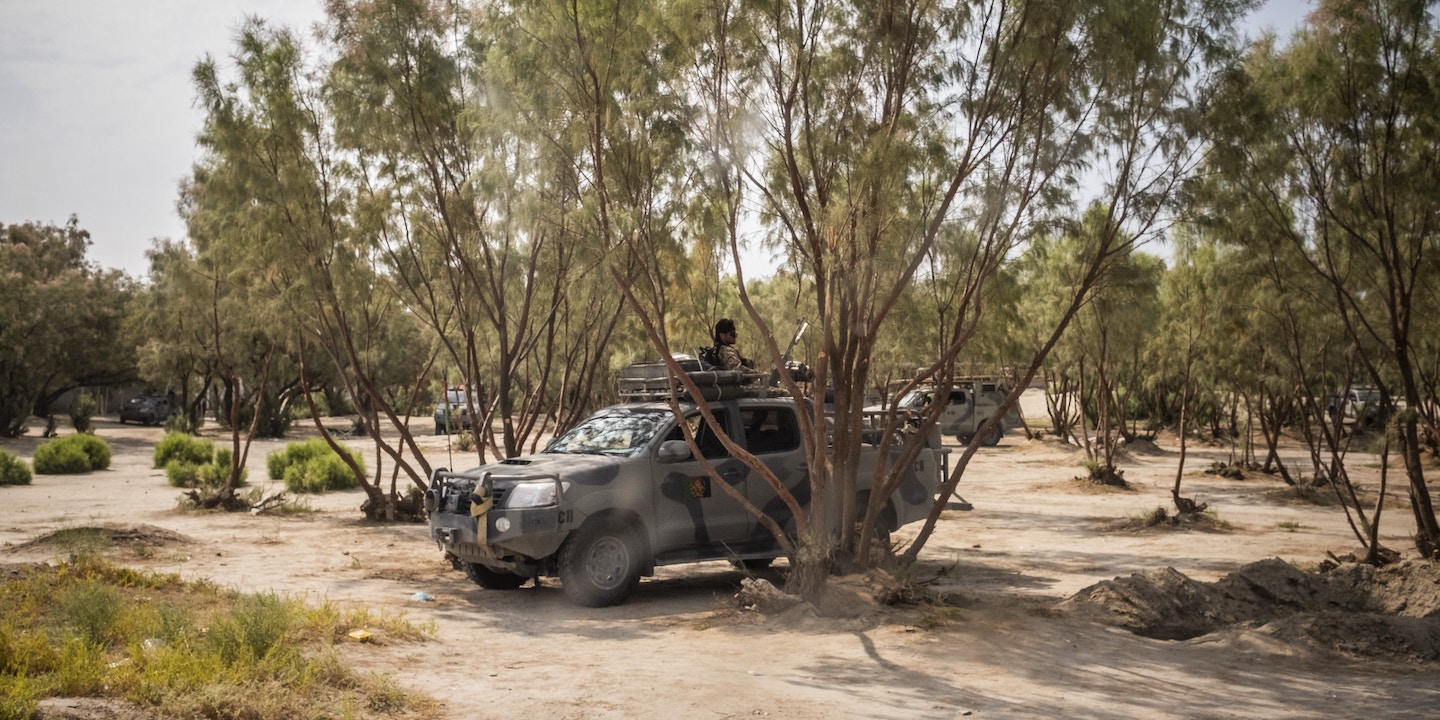 After 18 years of war, and months of direct talks, the United States appears to be on the brink of reaching an unprecedented peace agreement with the Taliban that would bring about U.S. troop withdrawal from Afghanistan.

A draft agreement was reached in March, and negotiators in Qatar have reportedly been ironing out the details ahead of a September 1 deadline — including exactly when U.S. troops will withdraw and when a permanent ceasefire between the parties will take effect. The U.S. is reportedly also seeking assurances from the Taliban that it won’t harbor foreign terror groups like ISIS and Al Qaeda and will engage in dialogue with the Afghan government after the U.S. military leaves.

It’s the closest the U.S. has come to a diplomatic breakthrough with the Taliban, and foreign policy scholars are cautiously optimistic that it could facilitate a U.S. exit. But a new report from the Costs of War Project at Brown University’s Watson Institute argues that the agreement won’t lead to real peace unless it addresses the elephant in the room: the fate of regional Afghan militias paid and directed by the CIA.

“Militias that operate outside the control of the central state and the chain of command of its armed forces will undermine the process of state formation and the prospects for a sustainable peace,” the report reads.

It is unclear to what extent the fate of the militias has been discussed at all by the U.S. or Taliban negotiators. In July, Zalmay Khalilzad, the chief U.S. negotiator, mentioned the fate of militias while listing topics that needed to be encompassed by a general agreement. But the authors of the report note that Secretary of State Mike Pompeo, once director of the CIA, has not.

If the issue goes unaddressed, the report argues, it could lead to the breakdown of a ceasefire or agreement, which would in turn jeopardize Afghanistan’s future. “If violence continues at some level after the agreement is signed,” the report says, “militias will be in much demand in the political market place.”

The use of CIA-backed militias goes back to 2001, when, in the aftermath of the 9/11 attacks, the CIA rapidly organized Afghan militias under its payroll to overthrow the Taliban. This allowed the CIA to send Al Qaeda’s fighters fleeing the country with a minimal U.S. footprint.

Initially, these local militias were viewed as a temporary solution, but they eventually became a permanent fixture of secret CIA operations in the country — sometimes acting without the knowledge of U.S. diplomats and Afghan military leaders.

Not much is publicly known about specific groups the CIA directs, the best known of which is the Khost Protection Force. The force has no basis in the Afghan Constitution or law and operates out of the CIA’s Camp Chapman in the province of Khost.

In 2010, journalist Bob Woodward wrote that the CIA’s “army” consisted of about 3,000 Afghan fighters, but since then the number has likely ballooned. According to the New York Times, as of December, the Khost Force alone may number as many as 10,000. (The U.S. currently has approximately 14,000 troops in the country.)

President Donald Trump has further expanded the CIA’s paramilitary role in Afghanistan, using local militias in hunt-and-kill operations. Speaking at a security conference in Texas in 2017, Pompeo, then Trump’s CIA director, said that Trump had authorized the CIA to “take risks” that would make it “faster and more aggressive,” and that “every minute, we have to be focused on crushing our enemies.”

In February, a report by the U.N. Assistance Mission in Afghanistan found that in 2018, civilian deaths from search operations — nighttime operations against residential areas — had tripled from the previous year.

CIA-linked forces have been accused of numerous abuses, including carrying out summary executions and torture. The investigation by the New York Times documented one case in which CIA-backed forces shot two brothers in view of their families in Nangarhar Province:

The forces handcuffed and hooded two brothers and, after a brief interrogation as their wives and children watched, both men were dragged away and executed in a corner of a bedroom that was then detonated over their heads, according to relatives and villagers who pulled the bodies out of the rubble.

Antonio De Lauri, an anthropologist based at the Chr. Michelsen Institute in Norway and one of the report’s authors, told The Intercept that the failure to rein in foreign-funded armed groups operating outside central government would be detrimental to the legitimacy of the talks, and long-term peace. “This is something that must be handled quite rapidly, and must be included in the talks,” De Lauri said.

According to the report, the size and power of the CIA’s forces could pose a problem for the Afghan government after the peace talks. For the militias, integration into the regular armed forces could mean a significant pay cut and a loss of the privileged status that has allowed them to operate largely without transparency or legal accountability. “If cut loose by the CIA,” the report notes, “they may be reborn as private armies or ‘security guards’ in the service of powerful individuals, or operate autonomously to prey on civilians and commercial sources.”