Baghdadi Died, but the U.S. War on Terror Will Go on Forever

Baghdadi’s fall won’t even be the end of ISIS, let alone the war on terror. 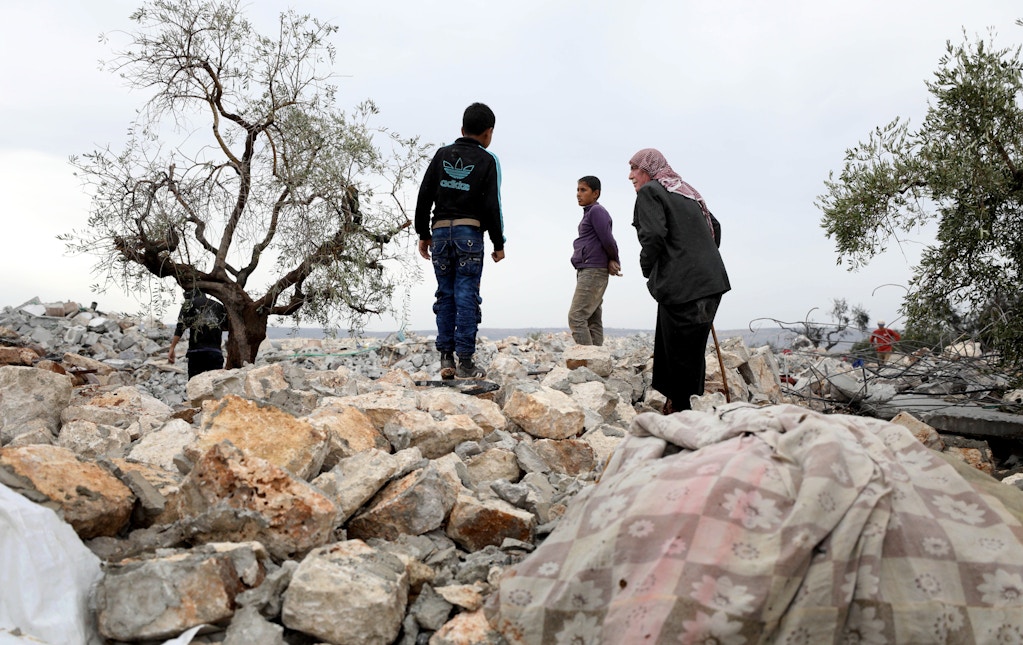 On Oct. 28, 2019, Syrians sift through the rubble at the site of a suspected US-led operation against Islamic State chief Abu Bakr al-Baghdadi the previous day, on the edge of the small Syrian village of Barisha in the country’s opposition-held northwestern Idlib province.

As a matter of principle, I try to restrain myself from celebrating the misfortunes of others. But nearly a decade ago, when I heard the news that Osama bin Laden had been killed in a nighttime U.S. military raid in Pakistan, I briefly allowed myself a moment of naive optimism. My hope was that the death of the Al Qaeda leader might be the beginning of the end of the “war on terrorism” — that strange, brutal global conflict that had defined our generation and already claimed the lives of hundreds of thousands of innocent people worldwide.

In the years since Bin Laden’s death, the Middle East has become a far more violent place, marked by state collapse, ever more brutal wars, and the sinister growth of international terrorism.

Such hopes, it turned out, were far too optimistic. The killing of bin Laden did not usher in a better world. In the years since his death, the Middle East has become a far more violent place, marked by state collapse, ever more brutal wars, and the sinister growth of international terrorism. At the same time, Europe and the United States have turned inward, erecting physical and psychological barriers to insulate themselves against the chaos now consuming the region. We now face the very real specter of far-right governments arising in countries that had championed liberalism and social democracy just a generation earlier. As ugly as things looked in 2011, it is hard to avoid the conclusion that we may now be headed to much darker places.

I thought of bin Laden’s death last week after hearing the news that the U.S. military had killed another infamous terrorist, 49-year-old Islamic State leader Ibrahim Awad Ibrahim Ali al-Badri – better known by his nom de guerre Abu Bakr al-Baghdadi. Baghdadi’s death provided a moment of brief catharsis, particularly for his hundreds of thousands of mostly Iraqi and Syrian victims. But at home, the celebrations that followed his death were much more muted than those that we saw in 2011. There were no crowds outside the White House jubilantly celebrating the raid. President Donald Trump’s self-congratulatory speech appeared to engender little enthusiasm even among his own supporters.

Personally, I felt none of the cautious optimism that had accompanied the news of bin Laden’s death. As has long become clear to any observer, the war on terrorism has today transformed into a seemingly omnipotent, Frankenstein-like creation, capable of outliving any one individual or group. Abu Bakr al-Baghdadi is displayed on a monitor as U.S. Central Command Commander Marine Gen. Kenneth McKenzie speaks at a joint press briefing at the Pentagon on Oct. 30, 2019.

While the American public has largely turned its attention away from these endless and seemingly unwinnable conflicts, a few people have held their gaze.

One of them is Mike Giglio, a staff writer at The Atlantic. Last month, Giglio released “Shatter the Nations: ISIS and the War for the Caliphate,” one of the most important reflections on the war to date. The beautifully written book spans across Iraq and Syria during the years in which those societies began their long, painful collapse into the abyss. It also charts the rise of Baghdadi’s terrorist group, which briefly built a fanatical new political order upon the ruins of the old one.

“The suspense was not about whether ISIS would win but how it might change the world before its cities fell and how many of America’s allies it might kill along the way.”

“Their so-called caliphate was too crazy to last, and ISIS seemed to like it that way,” Giglio writes about the extremists. “The suspense was not about whether ISIS would win but how it might change the world before its cities fell and how many of America’s allies it might kill along the way.”

The group was defeated on the ground by a combined force of Arab and Kurdish military units and militias, many of which Giglio embedded with during the fighting. These troops were supported by a U.S.-led international coalition that pummeled cities held by ISIS with airstrikes and artillery barrages — attacks that are also alleged to have killed thousands of civilians.

Despite loud self-congratulation by the coalition for its defeat of ISIS, the war may have been conducted in a manner as strategically self-defeating as the 2003 invasion of Iraq that deposed Saddam Hussein. A French military officer who fought with the anti-ISIS coalition later criticized the brutally indiscriminate way in which the war had been waged. “We have massively destroyed the infrastructure and given the population a disgusting image of what may be a Western-style liberation leaving behind the seeds of an imminent resurgence of a new adversary,” wrote Col. Francois-Regis Legrier in an article for France’s National Defense Review earlier this year, which was later removed from the site.

Even the rise of ISIS itself is strongly tied to U.S. actions since 2003 — yet another crisis of the global war on terror generated by the war itself. ISIS grew out of Al Qaeda in Iraq, an extremist outfit birthed in the chaos of the Iraq War that later rebranded itself as the Islamic State. While ISIS may be temporarily repressed at the moment, the spread of increasingly fanatical terrorist groups is just one of many disasters still plaguing the Middle East since the U.S. initiated its response to September 11th.

“The consequences of the U.S. invasion are baked into the DNA of Iraq today. You can see it in the physical landscape of blast walls and security checkpoints, but in the people as well,” Giglio told me recently. “Everyone in Iraq has been marked by this unending violence and has lost relatives, colleagues and friends. We don’t know what ISIS will look like in the future, but the next iteration of this group will have the mark of three U.S. presidents.” A member of the Iraqi Counter-Terrorism Service wipes his face while standing in the turret of a humvee parked outside the destroyed gate of Al-Nuri Mosque in the Old City of Mosul on July 2, 2017, during the offensive to retake the city from ISIS. Explosions on the evening of June 21, 2017, levelled the mosque where Abu Bakr al-Baghdadi gave his first sermon as leader of ISIS, along with its ancient minaret.

The U.S. is not solely responsible for the many crises now ravaging the Middle East, but it is worth recalling that the 2003 U.S. invasion of Iraq was pressed onto the region in the face of dire warnings expressed by its people. As many foresaw at the time, the “shock and awe” violence of the U.S. risked opening a Pandora’s box of instability that would take generations to close. In 2002, Arab League Secretary-General Amr Moussa direly warned that a U.S. invasion of Iraq would “open the gates of hell,” adding that it would “lead to serious repercussions in this region and, perhaps, beyond.”

The administration of George W. Bush was famously uninterested in heeding these warnings. To the neoconservatives then in power, such words were usually dismissed at the time as hyperbolic and pessimistic, if not treacherous. In retrospect, they simply sound haunting.

An entire generation has now experienced these wars, either as combatants, innocent civilians caught in the crossfire, or observers trying to bear witness. The muted response to the death of Baghdadi should give a hint to the level of public fatigue after nearly two decades of fighting, even among Americans who have generally not lived through the violence directly. People are deeply weary. But weariness alone does not end wars.

In an era of globalization, we can neither ignore these conflicts nor can we kill ourselves out of them. We may need to think of more imaginative ways to still a chaos that will otherwise doom future generations to ever more intense hatred, violence, and political decay.

“There is a temptation, particularly for some in the U.S. government, to conclude that the situation in Iraq and Syria is too broken and can’t be fixed,” Giglio told me. “I don’t think we can ignore it, however, since the U.S. government itself bears so much continued responsibility for the problem. But also because — as we’ve seen — problems in Iraq and Syria ultimately become American problems too.”