Dear Mark Zuckerberg: Facebook Is an Engine of Anti-Muslim Hate the World Over. Don’t You Care?

What happened to the guy who told his Muslim employees in 2015 that he would “fight to protect your rights and create a peaceful and safe environment”? 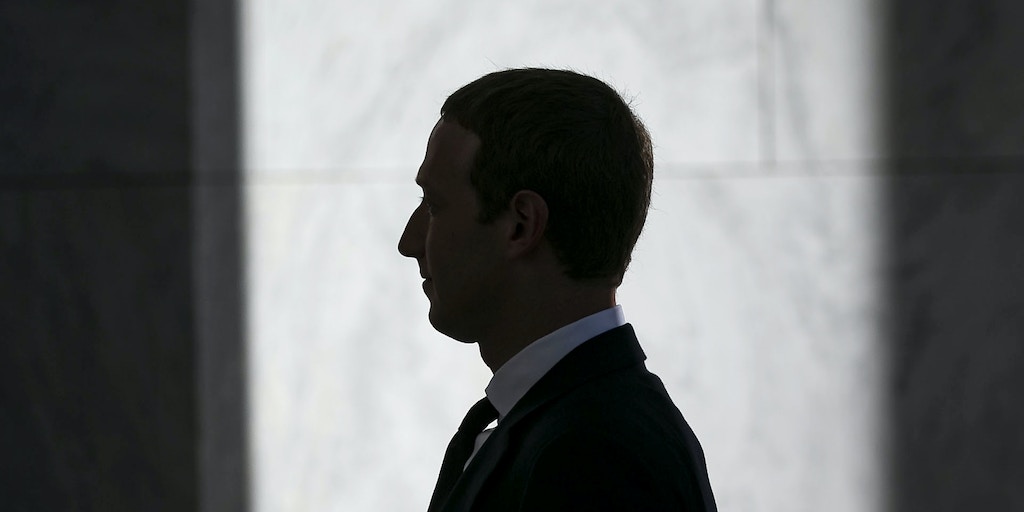 What happened to you?

Back in December 2015, you spoke out loudly and proudly against anti-Muslim hatred. “I want to add my voice in support of Muslims in our community and around the world,” you wrote in a post on Facebook, two days after then Republican presidential candidate Donald Trump announced his plan for a “total and complete shutdown” of Muslims entering the country. “After the Paris attacks and hate this week,” you added, “I can only imagine the fear Muslims feel that they will be persecuted for the actions of others.”

Yet here we are in December 2019. Four years later, you and Facebook have gone from reassuring Muslims to amplifying hate and bigotry against us. You have allowed what the actor Sacha Baron Cohen recently described as “the greatest propaganda machine in history” to be used to target and persecute some of the most vulnerable Muslim communities on Earth.

For starters, Mark, how does it feel to be complicit in an actual genocide?

I’m talking of course about the Rohingya Muslims in Myanmar. In March 2018, the chairman of the U.N. Independent International Fact-Finding Mission on Myanmar, Marzuki Darusman, told reporters that social media companies like yours had played a “determining role” in the violence, having “substantively contributed to the level of acrimony and dissension and conflict.”

“Everything is done through Facebook in Myanmar,” added Yanghee Lee, the U.N. Special Rapporteur on Myanmar. “I’m afraid that Facebook has now turned into a beast, and not what it originally intended.

You know all this, Mark. Your company has, basically, admitted to it. In November 2018, your own product policy manager, Alex Warofka, acknowledged that you and your colleagues at Facebook had not done enough “to help prevent our platform from being used to foment division and incite offline violence” in Myanmar.

“Facebook has a lot of work to do. The company should be thinking about reparations for Rohingya and other initiatives to end and remedy the harms.”

And what have you done since? Warokfa claims Facebook has “improved proactive detection of hate speech in Myanmar.” Yet Matthew Smith, the founder of Fortify Rights, a human rights nonprofit focused on Myanmar, disagrees: “Facebook has a lot of work to do,” he told me. Yes, your company has appointed more than 100 new content reviewers for Myanmar, but there are more than 20 million Facebook accounts in the country and, as Smith argued, “efforts to date are not enough to tackle the misuse of the platform.”

“It’s not clear that the senior leadership fully understands the gravity of the situation,” he said. “The company should be thinking about reparations for Rohingya and other initiatives to end and remedy the harms.”

How about India’s Muslim minority communities? Does their fate keep you up at night, Mark? If not, why not? In October, a report by the nonprofit activist network Avaaz accused Facebook of having become a “megaphone for hate” against Muslims in the northeastern Indian state of Assam — where nearly two million people, many of them Muslims, have just been stripped of citizenship by the far-right Hindu nationalist government of Prime Minister Narendra Modi.

Another report, by the South Asian human rights group Equality Labs, found “Islamophobic content was the biggest source of hate speech on Facebook in India, accounting for 37 percent of the content,” as Vice News noted in June.

You haven’t said or done anything about any of this. You have, though, repeatedly met with Modi — the world leader, incidentally, who has the highest number of Facebook followers! You even introduced your parents to him. I wonder: Will you be introducing your parents to any of the Indian Muslims who have had their WhatsApp accounts deactivated by Facebook in the wake of the Modi government’s lockdown in Kashmir?

How about the Muslims of Sri Lanka? When members of a Colombo-based advocacy group called the Center for Policy Alternatives came to your company with multiple examples of inflammatory and Islamophobic videos and posts on Facebook — including a post declaring, “Kill all Muslims, don’t even save an infant” — the New York Times reports that nearly every complaint of theirs “got the same response: the content did not violate Facebook’s standards.”

A call to kill all of Sri Lanka’s Muslims, spread through your platform, doesn’t bother you? Doesn’t shock you?

Let’s not forget the Uighur Muslims in China, either. More than a million people have been locked up in concentration camps across Xinjiang province, where they have been beaten, tortured, and raped. Yet BuzzFeed News reported in August on how “Chinese state-owned media is running ads on Facebook seemingly designed to cast doubt on human rights violations” against the Uighurs.

Are you OK with Facebook helping cover up what experts are calling a “cultural genocide” in Xinjiang?

Then there’s the U.S. In May 2018, a detailed report by the Southern Poverty Law Center explained how “anti-Muslim content finds a home on Facebook.” A more recent investigation from Reveal found that while “Facebook has removed groups tied to white nationalist organizations … the social network continues to host groups that are openly hostile to Muslims, such as ‘DEATH TO ISLAM UNDERCOVER.’”

Mark, you know all this. You do. You can’t plead ignorance.

Again, Mark, you know all this. You do. You can’t plead ignorance. You recently hosted Farhana Khera, of the civil rights groups Muslim Advocates, at your home in California. Khera says she told you “about the pain and suffering that Facebook is causing Muslim communities, here in the United States and around the world.” Did her personal testimony not affect you?

Then again, you previously hosted Fox News anchor Tucker Carlson, who once called Iraqis “semiliterate primitive monkeys,” and Daily Wire founder Ben Shapiro, who has falsely claimed the majority of the world’s Muslims are “radicalized.” Last month, you also had a secret dinner with President Donald Trump and refused to disclose what you discussed with him. (What a difference four years makes!)

Meanwhile, The Guardian revealed this week that two Muslim members of Congress, Reps. Ilhan Omar, D-Minn., and Rashida Tlaib, D-Mich., “have been targeted by a vast international operation that exploits far-right pages on Facebook to inflame Islamophobia for profit.” The Guardian’s revelations “show how Facebook has failed to stop clandestine actors from using its platform to run … hate campaigns” and how these online Islamophobes have “operated with relative impunity.”

You must be aware of how social media hatred has real-world consequences, right? Patrick Carlineo, who pled guilty to threatening to assault and murder Omar in November, spent years using your platform “to taunt Muslims, attacking them with racist slurs and saying he wished he could confront a group of Muslim politicians with ‘a bucket of pig blood,’” according to The Guardian.

Facebook moderators in the U.S. didn’t lift a finger to stop him. Is it any wonder that Omar agrees with me that you’ve helped put a target on her back?

Is this really how you want to be remembered? Not as the founder of a company that brought together 2 billion people online through funny memes and friend requests, but as the founder of a propaganda machine that helped incite and organize the mass killing of hundreds of thousands of Muslims?

What happened to the Mark Zuckerberg of December 2015 who told his Muslim employees that he would “fight to protect your rights and create a peaceful and safe environment for you”? Who told the rest of us that “as a Jew, my parents taught me that we must stand up against attacks on all communities”?

Seriously, where did that guy go?