DCCC to Consultants: Helping to Elect a Republican? Sure, We’ll Work With You.

Despite its blacklist policy, DCCC has paid over $2 million to Trilogy Interactive, one of the biggest vendors working with the With Honor PAC. 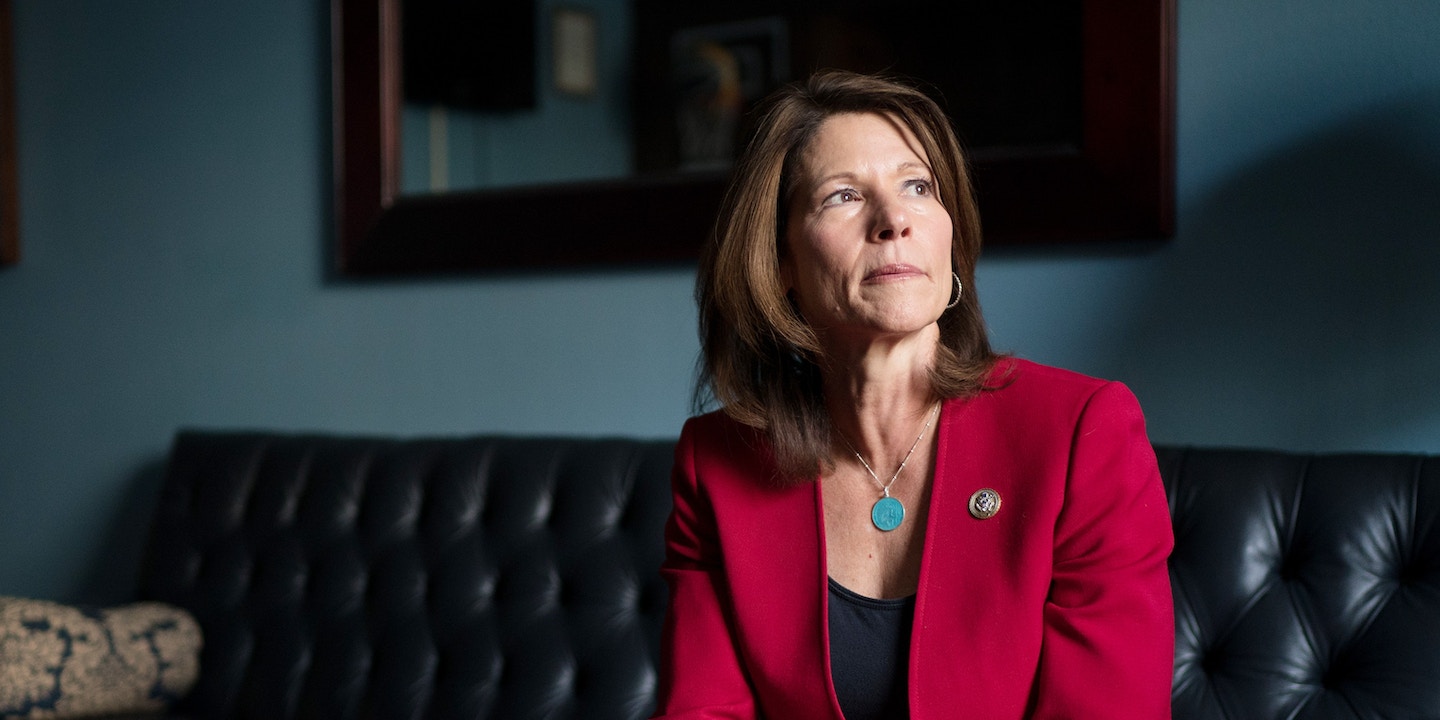 In March, House Democrats’ campaign arm formalized a policy cutting off firms working with candidates running primary challenges against incumbent Democrats. But the rule doesn’t appear to apply to consultants who get millions of dollars from the Democratic Congressional Campaign Committee while working for political action committees that support and elect Republicans.

One of the biggest vendors working with the political action committee With Honor, Trilogy Interactive, has taken at least $2 million from the DCCC since the 2016 election cycle, according to FEC filings. With Honor PAC — which has an affiliated bipartisan caucus, the For Country caucus, that includes at least 10 Democratic members — is dedicated to electing veterans to Congress.

Trilogy Interactive is a digital firm that works with Democratic political campaigns and other PACs. This year, it has received at least $42,000 from With Honor and at least $428,100 from the DCCC.

The DCCC has faced intense scrutiny for the blacklist policy, which critics say is another example of the committee exploiting its position to keep centrist Democrats in power while discouraging women and people of color to run for office. For example, Marie Newman lost to Rep. Dan Lipinski last year, after the committee backed the anti-abortion Democrat over his progressive challenger. She’s running against the eight-term incumbent a second time in 2020. As of October, several consultants had dropped her campaign because of the DCCC rule change, though a number of House Democrats were privately supporting her.

In 2018, the DCCC intervened in a competitive New Jersey primary to help Jeff Van Drew, one of the most conservative Democrats in the state, win the party’s nomination. Democrats expected to flip the House seat, but overlooked progressives like retired teacher Tanzie Youngblood and ex-Cory Booker staffer Will Cunningham in favor of Van Drew — who enjoyed a 100 percent rating from the National Rifle Association and supported restrictions on abortion.

The New Jersey congressman, a vocal opponent of impeaching Trump, is expected to switch over to the Republican Party later this week. Seven staff members resigned in light of his decision, leaving only his chief of staff in his Washington office, and DCCC Chair Cheri Bustos said the committee would hire any staffer who quit Van Drew’s office.

On Monday, the Democratic Senatorial Campaign Committee announced its endorsement of M.J. Hegar in the competitive primary for the seat currently held by Republican Sen. John Cornyn. Hegar hasn’t been a committed Democrat until recently and even voted in the 2016 Republican primary, The Intercept reported in August.

Cristina Tzintzún Ramirez’s campaign called the DSCC endorsement “tone-deaf” to the Texas electorate; she’s running as a progressive in the crowded Democratic primary race for the Senate seat. “They have decided to ignore several more qualified and experienced candidates of color, who have done the work to transform the politics of our state, in favor of a former Republican,” Tzintzún Ramirez’s campaign manager, David Sanchez, said in a statement.

“It is disappointing that the national Democratic establishment is so afraid of progressive ideas that it will not even give Texas voters a chance to hear them. At a time when the energy is in the progressive wing of the party, they have decided that they know better.”

DCCC and With Honor PAC did not immediately respond to a request for comment.