ICE attorneys are now required to prove that a noncitizen poses a danger or flight risk in order for the court to deny bond. 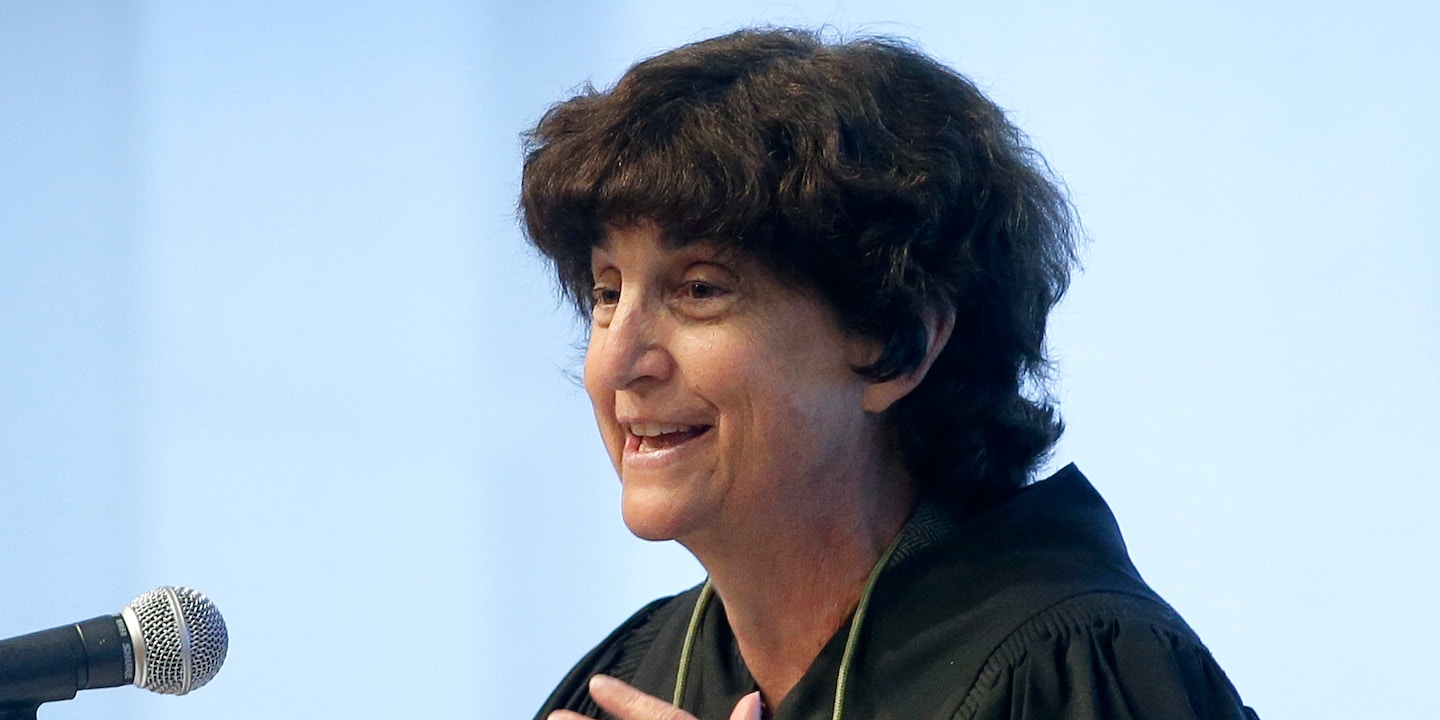 For the first time in at least two decades, lawyers for U.S. Immigration and Customs Enforcement are required to justify the detainment of noncitizens who are awaiting court proceedings in New England.

In immigration proceedings, unlike in criminal courts, immigrants bear the burden of proving to the satisfaction of a judge that that they do not pose a danger or a flight risk — or else they are denied bond and locked up. But a November decision by a judge in the U.S. District Court for the District of Massachusetts reversed the burden of proof, instead calling on ICE to establish why someone ought to be detained.

The ruling came in a class-action lawsuit filed by the American Civil Liberties Union of Massachusetts last June and went into effect on December 13.

The significance of the ruling, said ACLU of Massachusetts attorney Dan McFadden, is reversing a system that’s been in place since 1999 whereby the government did not have to prove anything to keep noncitizens in jail while their cases were decided — a process that sometimes takes several years. “I think that if our Constitution means anything,” McFadden said, “it has to mean that the government can’t put people in jail without showing that there’s a strong justification for taking away their liberty.”

“It still doesn’t really feel quite real,” said Matt Cameron, a Boston-based immigration attorney. For years, Cameron said, he has had to work quickly to obtain every page of a client’s criminal record — even pertaining to charges that had been dropped — to prove that the client deserved their liberty. “I’m so trained that you just do not show up with anything less than an absolutely 100 percent complete case, because you only get one chance at a bond hearing. You don’t get to do it again. So, you know, I’m always very careful in making sure that I don’t do it halfway.”

Now, if an ICE attorney is unable to prove the inverse — that a noncitizen poses a danger or a flight risk — a noncitizen is likely to be granted release.

IMM JUDGE: Counsel, I don't see a police report for this 1994 shoplifting case

ME: We tried. It's not available

IJ: DHS, I'm not seeing evidence of this shoplifting conviction you're alleging.

DHS: We tried. It's not available

The ICE attorneys, unused to having to justify a noncitizen’s detention, at times appeared exasperated at the bond hearings Cameron attended, he said, “because now they have to get every one of those records that we used to have to get, and they’re already stretched pretty thin.”

ACLU Massachusetts has been monitoring the implementation of the new policy over the last three weeks. McFadden said they have noticed differences in the judges’ adjudication of bond hearings.

“The evidence at this point is early and anecdotal, but it appears that greater numbers of people are getting bond rather than being detained, and it appears that in many cases, the bond numbers have been lower,” he said.

According to the court’s ruling, the Boston immigration court held hearings for 700 noncitizens between November 1, 2018, and May 7, 2019, and the neighboring Hartford court (where noncitizens continue to bear the burden of proof) held such hearings in 77 cases. The courts made decisions in 651 of the Boston and Hartford cases, and denied release on bond in 41 percent of them, with an average bond of $6,302 in Boston and $28,700 in Hartford.

The issue of bond in immigration hearings goes back to a 1999 case in which the Board of Immigration Appeals, an administrative body within the Justice Department, interpreted a statute that governs pretrial detention to mean that noncitizens bear the burden of proving to an immigration judge that they deserve release on bond. The statute, 8 U.S.C. § 1226(a), allows for the federal government to detain noncitizens while  their immigration proceedings are pending and includes a provision on bond, but it is notably silent as to which party bears the burden of proof, and what the standard of proof is.

In 2018, the U.S. Supreme Court addressed bond hearing procedures in Jennings v. Rodriguez, where it decided that detained noncitizens do not have a statutory right to periodic bond hearings every six months. But the court sidestepped the issue of who bears the burden of proof.

“This is an issue that was expressly left open by the Supreme Court in its decision in Jennings in 2018, where it decided certain issues of statutory construction but left open these types of constitutional questions,” McFadden said. In her 23-page ruling in the lawsuit filed by the ACLU of Massachusetts, U.S. District Judge Patti B. Saris also noted that the “Supreme Court expressly declined to address whether the Constitution required these procedural protections.”

Following the ruling in Massachusetts, Cameron believes the issue could ultimately return to the Supreme Court because the underlying statute is so vague.

Detained immigrants have had success in the past challenging their pretrial detention using arguments similar to those lodged by the ACLU attorneys. In 2018, for example, the Massachusetts federal court ruled in the case of Pensamiento v. McDonald that “requiring a non-criminal alien to prove that he is not dangerous and not a flight risk at a bond hearing violates the Due Process Clause.” Saris’s November 27 decision, however, marks the first time a court has ruled that the bond system for detained noncitizens is unconstitutional as applied as a class to a whole immigration court — as opposed as to grant an individual noncitizen’s release. The judge found that the Board of Immigration Appeals’ 1999 policy violated both due process and the Administrative Procedure Act.

Moving forward, the federal government is required to establish by clear and convincing evidence that a noncitizen is a danger, or by a preponderance of the evidence (a lower standard) that they are a flight risk. The ACLU has appealed Saris’s decision with respect to the standard of proof, arguing that the court should raise the bar by requiring the federal government to prove flight risk by clear and convincing evidence as well.

Saris ordered the Boston immigration court to consider a noncitizen’s ability to pay when deciding on bond, as well as to consider alternative conditions of release, like GPS monitoring.

Saris’s ruling applies both to noncitizens who have not yet had their bond hearings, as well as people who have already been denied bond. (In the case of the latter, detained noncitizens may go to a federal court to request a new bond hearing by showing that they likely would have been granted bond under the new standard.)

“We’re fundamentally not changing the nature of the system, which is still as oppressive as possible,” Cameron said. “But at least this is an escape hatch, at least to allow people that should be released to be released.”