How ICE Uses Social Media to Surveil and Arrest Immigrants

ICE emails provide a rare inside look at the agency’s use of Facebook and commercial data brokers to track down an immigrant in California. Emails sent by Immigration and Customs Enforcement officials expose how ICE used social media and information gleaned by for-profit data brokers to track down and arrest an immigrant in Southern California. In the emails, which were disclosed in federal court filings, officials discussed the relationship status of the person, noting that he was “broken hearted,” according to Facebook posts, and confirmed his identity through pictures posted at his father’s birthday party.

ICE ultimately arrested the person after he “checked in” to a Home Depot on Facebook.

The emails are a rare glimpse into the ever-widening surveillance dragnet ICE uses to track down immigrants who are subject to possible deportation. In this case, ICE used Thomson Reuters’s controversial CLEAR database, part of a growing industry of commercial data brokers that contract with government agencies, essentially circumventing barriers that might prevent the government from collecting certain types of information.

The emails were included by the government in response to a motion by a federal public defender whose client was being criminally charged with felony illegal reentry. Because the vast majority of immigrants who are removed from the country are not charged criminally, it’s extremely unusual for ICE to disclose details related to its investigations in such depth.

The client, whom we will call “Sid” to protect him and his family, had been living in the U.S. since he was a year old. He worked as a roofer and was raising a family; his children are American citizens. He had been previously deported to Mexico over a nonviolent felony involving the receipt of stolen goods at an auto shop and had not been identified by local law enforcement since his return to the United States.

“I came back to — I came back to be with my family,” Sid told the judge at his sentencing hearing this past January. “I’m sorry. That’s all.”

Anatomy of an Investigation

According to the court filings, the investigation into Sid began on February 22, 2018, when ICE’s National Criminal Analysis and Targeting Center generated a lead and forwarded it to an ICE office in Los Angeles.

“When you have someone with a fairly common name, Facebook makes it so much easier to be tracked.”

ICE periodically sends datasets of deported individuals to the NCATC to run through the agency’s Data Analysis System to see if they’ve reentered the United States. The system pulls data from other federal agencies, as well as commercial data brokers, to match the names of deported individuals to recent car registrations, utility bills, and mailing addresses, among other records. This data is either openly shared with ICE, as is the case with government agencies like the post office, or collected by data brokers and then sold to ICE, as is the case with many electricity providers or other companies that are prohibited by local laws from sharing data with ICE directly.

After receiving the lead, an officer at the Los Angeles ICE office reached out to the agency’s Pacific Enforcement Response Center for help. PERC supplements the work of ICE field officers by providing intelligence support and placing detainers on immigrants in custody across the U.S. so they can be picked up by ICE.

A few weeks later, on May 4, 2018, an official at PERC wrote back to say that he had found Sid’s Facebook account. Sid was using his legal name on Facebook, although it’s a very common name and not easily distinguishable. The PERC official explained that he had used Thomson Reuters CLEAR to find Sid’s home address, as well as the address of his parents.

The official then ran the addresses CLEAR provided through Google Maps and compared them to photos that Sid had posted on Facebook of his father’s backyard birthday party. One of the addresses was a match — which meant the Facebook account belonged to the person ICE was looking for. “When you have someone with a fairly common name, Facebook makes it so much easier to be tracked,” said Sarah St.Vincent, a surveillance expert who runs a clinic for targets of digital abuse at Cornell Tech. “When DHS is trying to compile a dossier on someone, this type of information, like sharing a photo online, which a lot of people consider to be ephemeral, becomes permanent.”

“Happy birthday to my dad,” Sid captioned one of the photographs at the birthday party. “And to a shitload of years more.” Former Reuters journalists have criticized the news media company’s $20 million contract with ICE for the use of CLEAR, saying that it “associates Reuters good name with government spying.” Thomson Reuters executives have stressed that the news reporting and data collection divisions of the company are wholly separate.

In addition to confirming that the Facebook page belonged to Sid, the PERC official mused on his family life.

“When ICE agents are speculating on your relationship status, what kind of power dynamic does that create?”

In a case that was argued in front of the 9th Circuit earlier this year, ICE officers were able to track down an immigrant because of their inclusion in a national driver’s license database after they renewed their license in California in 2015. All ICE needed to find them was a name to run through the NCATC, and the state of California had already provided their home address.

In Sid’s case, ICE officers began to monitor the Facebook profile after it was confirmed to be a match. When Sid “checked in” on Facebook at a Home Depot on May 24, 2018, to buy roofing supplies, ICE officers waited outside the store until Sid was driving out of the parking lot, then stopped and arrested him.

Sid’s prior removal order was immediately reinstated, but he wasn’t deported; instead he was charged with felony illegal reentry. His criminal case is what ultimately shed light on ICE’s tactics, but even their inclusion in the briefing by prosecutors is something that people familiar with such cases consider to be highly unusual.

Several veteran federal public defenders who reviewed the case told The Intercept that clients charged with felony illegal reentry either plead to a lesser charge or have their cases dismissed before a disclosure like this is made.

Over 55 percent of all federal crimes prosecuted in fiscal year 2018 were immigration-related, and the vast majority of those were for misdemeanor illegal entry, according to an August 2019 Bureau of Justice Statistics report. That represents an 87 percent increase in the amount of these types of prosecutions in the first full year of the Trump administration, as part of the policy known as “zero tolerance.” (The U.S. attorney’s office in San Diego even distributes a pamphlet emphasizing how many more prosecutions they’ve filed for previously unenforced statutes like misdemeanor illegal entry.) As a result, federal defenders have seen their caseloads balloon dramatically.

While federal defenders are entitled to discovery production, “federal migrant prosecutions are often seen as just shifting paperwork around,” said Julie Mao, the deputy director of Just Futures Law, a law office that works on issues involving immigration enforcement and surveillance. “There’s a whole windmill system where lives are being destroyed and people are pleading to these cases and defendants are not fighting them because federal defenders often feel like they can’t fight or challenge these cases. Often in these cases, there’s very minimal discovery.”

According to Mao, even in cases in which the government does turn over discovery information, it mostly focuses on proving a person’s identity and immigration history.

In January, Sid was sentenced to 21 months in federal prison after a judge found him guilty of illegal reentry. His case is currently on appeal while he continues to serve his sentence. He will almost certainly be deported again once that sentence is completed.

This spring, the Brennan Center for Justice released a comprehensive report on social media monitoring by the Department of Homeland Security. In its section on ICE, it noted that “while people seeking immigration benefits bear the brunt of this scrutiny, their American friends, relatives, and business associates are sucked into these repositories of information as well.”

Meanwhile, over the summer, the Trump administration expanded “expedited removal” nationwide, making it far easier for ICE to deport someone within a matter of days if the person cannot prove at the time of arrest that they’ve lived in the U.S. for two years. Advocates fear that this expansion, which has been put on hold by a federal judge, would increase ICE’s reliance on social media to track, arrest, and deport both citizens and noncitizens alike, without the opportunity for judicial review.

St.Vincent believes that the use of social media to create dossiers on people, as in Sid’s case, serves to chill free expression for all people in the country, and not just the immigrants who might end up on ICE’s radar.

“If anything you post online can be used against you forever, even if you pose no immediate threat to anyone, then the dragnet that people feared would happen under Trump is already happening,” she told The Intercept. “When ICE agents are speculating on your relationship status, what kind of power dynamic does that create?” 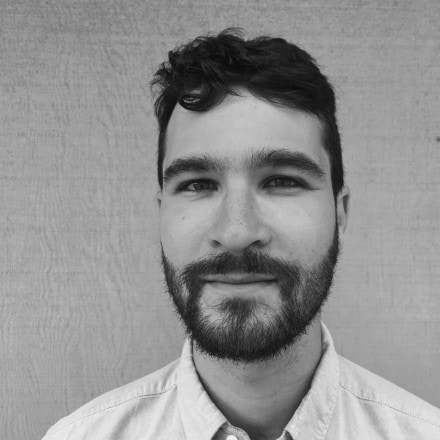