Hospital Workers Like Me Are Waging a War Against Coronavirus. Where Is Our GI Bill?

A New York-based doctor writes that she and many of her colleagues are drowning in student loans — and the government is offering little relief. 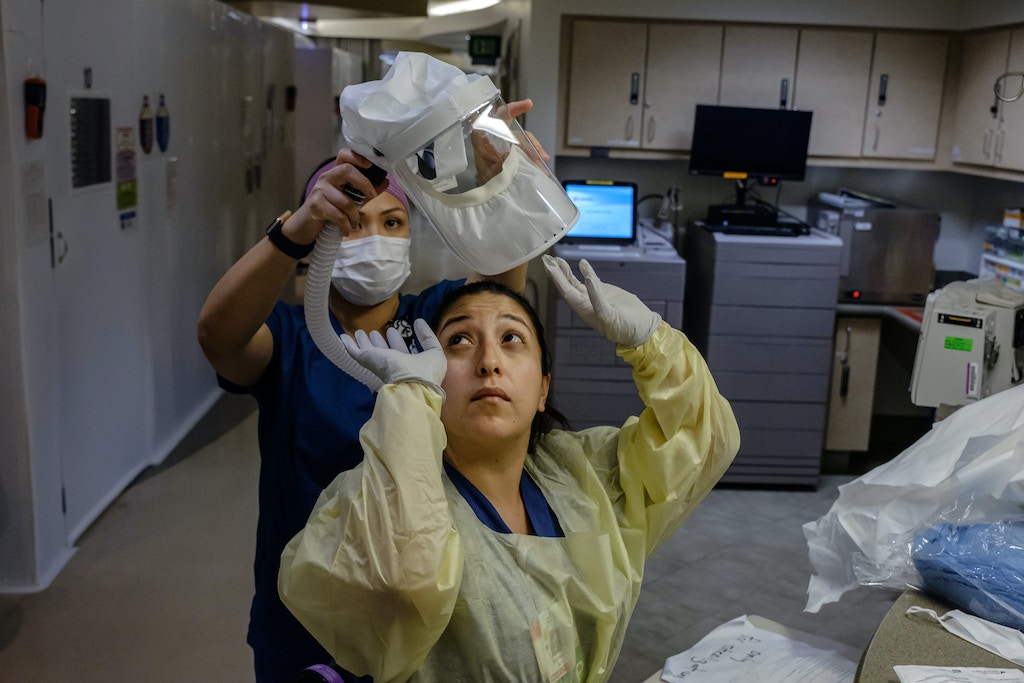 A nurse gets help putting on her personal protective equipment before administering care for a Covid-19 patient at Sharp Chula Vista Medical Center in Chula Vista, Calif., on April 10, 2020.

In recent weeks, health care workers have been heralded as heroes in the national response to the coronavirus pandemic. Wartime analogies flow freely: U.N. Secretary-General António Guterres called the Covid-19 pandemic the most challenging global crisis since World War II. In a recent press briefing, New York Gov. Andrew Cuomo made calls to “support our troops,” referring to health care workers as “the soldiers in this fight.”

In many ways, the comparison is apt. Doctors, nurses, and support staff find themselves enlisted in a war against a virus that has infected thousands and killed hundreds of their colleagues globally. Public expressions of support for health professionals are meaningful. But they are also insufficient to drown out the deafening silence from Capitol Hill in response to mounting cries for relief measures — chief among them educational debt forgiveness.

Every Covid-19 patient admitted to the hospital will be cared for by a team of professionals who, theoretically, have over $1 million in combined student debt.

I am a physician and, unsurprisingly, the owner of a sizable student loan. You can’t become a doctor in America without paying for years of higher education, so I began my medical career with more than $200,000 in educational debt — the average for med school grads. In the U.S., the average salary for new doctors in training is about $57,000 per year. Four years into residency, and approximately $20,000 in loan payments later, I am still scraping away at the interest. I owe more than when I graduated.

Now, as a psychiatry resident in the national epicenter of this crisis, I am tasked with responding to mental health emergencies, including for Covid-19-positive patients. When not in the hospital, I will provide outpatient coverage for co-workers pulled to work shifts in emergency rooms and intensive care units. Many junior psychiatry residents have already been “redeployed” to internal medicine teams overwhelmed by the tidal wave of Covid-19 patients. We are being extended far beyond our original job description. Even so, relative to my nursing, ER, and ICU colleagues, I have it easy.

Among indebted health care workers, young doctors are not alone. Almost 70 percent of all nurses — who staff the truest front line in this pandemic — graduate from training with $40,000  to $150,000 in debt. My sister, a family medicine nurse practitioner who oversees the clinic at her local homeless shelter, has dutifully paid interest on nursing school loans for 10 years without making a dent in the principal. Now, she reuses the same paper gown each day to examine patients with Covid-19 symptoms. The average debt of a graduating college student is roughly $30,000 — on par with the average annual salary for certified medication technicians, EMTs, and ambulance crew members.

Just imagine: Every Covid-19 patient admitted to the hospital will be cared for by a team of professionals who, theoretically, have over $1 million in combined student debt. So, sure, you can call us heroes. But we’d prefer debt relief.

Critics will say an economic crisis is no time to talk about student debt reform. Some view such reform as placing an undue burden on American taxpayers. Others will remind us that we signed up for these jobs and, hey, at least we have jobs. But, in the age of Covid-19, the reality facing health care workers is more akin to military deployment than a day at work. We now speak of front lines, redeployments, isolation zones, tours of duty. For many, these are no longer the jobs we signed up for, but they do demand skills we indebted ourselves to acquire.

Much has been made of the shortage of personal protective equipment plaguing our nation during this crisis. This shortage has already — and will continue to — cost health care workers their health and, for many, their lives. From janitorial staff to respiratory therapists to attending doctors, we are all filling gaps in a system not designed for global pandemic. And when the dust settles, many will need to rebuild their health while contending with the very real trauma of working amid an onslaught of sick, dying, and mourning patients, as well as their families.

Covid-19 health care veterans deserve better than the six-month stay on loan payments for all borrowers as a part of the recently passed stimulus. Certainly, we deserve better than the bedraggled Public Service Loan Forgiveness Program, for which many of us do not qualify and which — having rejected 99 percent of all applicants in 2018 — was called “fundamentally broken” by the very government officials hired to manage it. If health care workers did our jobs as poorly as the Department of Education manages student loans, patients would die at an alarming rate.

And yet, with awe-inspiring reliability, health care workers are rising to the occasion, demonstrating commitment to the ethics of the field. I am proud to be part of this community, proud to have skills that ease patient suffering. What, then, is a reasonable way for our government to repay this burden?

A look at World War II-era GI bills may be instructive. These GI bills included immediate financial rewards for nearly all veterans. Additional benefits included low-cost mortgages, dedicated loans, dedicated unemployment compensation, and tuition stipends. The benefits were provided to all vets active for at least 90 days during an allotted time period.

Like all systems of wealth, knowledge, and power, the American health care system has its own discourse. What is said aloud functions alongside what remains silent. The word “hero” carries a loaded history. It originally referred to a person — a man, often semi-divine in origin — who demonstrated superhuman strength. Heroes champion causes against all odds, sacrificing their well-being in the pursuit. Health care workers have been given the herculean task of fighting Covid-19.

But we live in the real world, where we juggle this task with the same demands as every American: child care, mortgages, health insurance, rent, student loan payments, and so on. When nurses are called soldiers and told to fight a war, we should wonder what is being overlooked. When Education Secretary Betsy DeVos dismisses plans for student loan forgiveness as “crazy,” we should ask who her language serves. And when Congress speaks on behalf of corporations, while remaining silent on an issue impacting 42 million indebted graduates, we should hear that silence loudly. 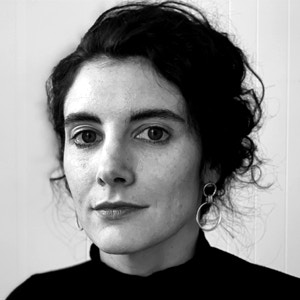