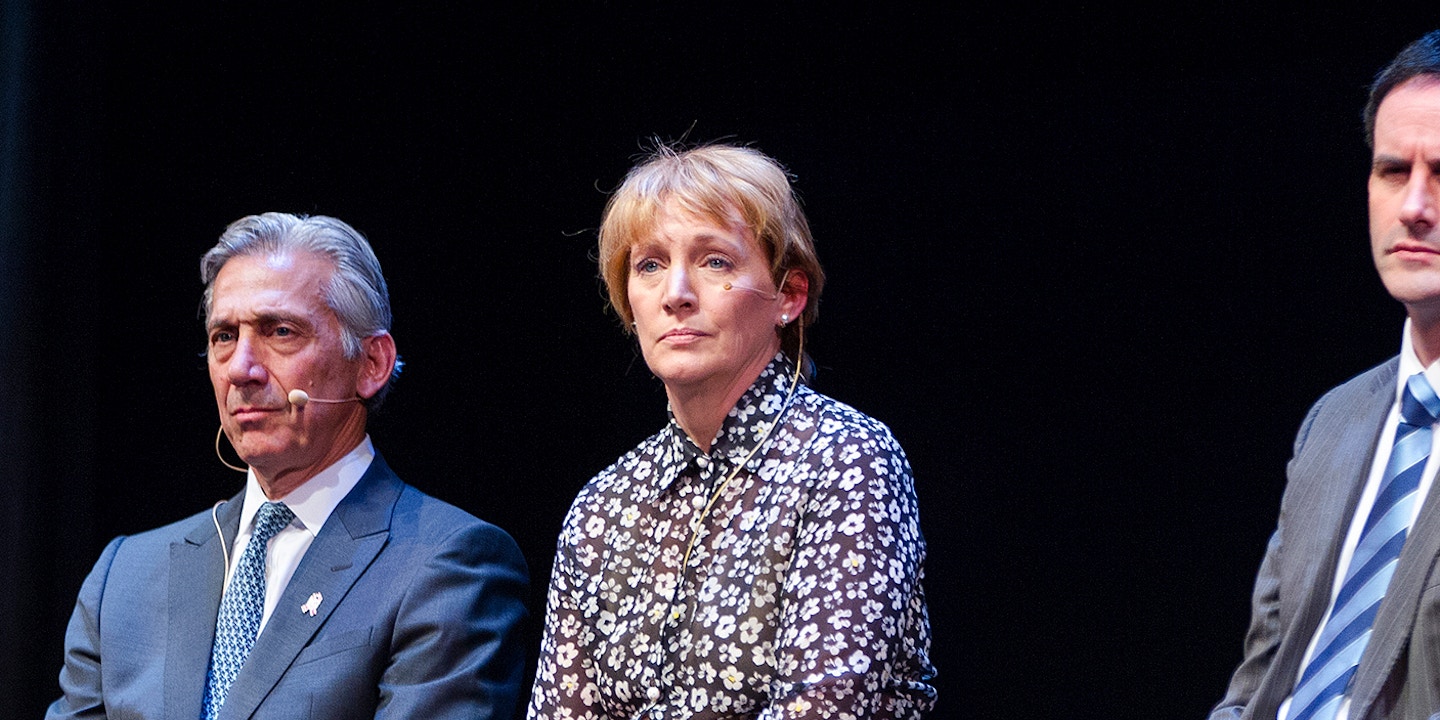 A top adviser to President-elect Joe Biden, Cynthia Hogan, worked as a lead lobbyist for Apple as it helped push through President Donald Trump’s corporate tax cut, a giveaway that resulted in a massive windfall for the Cupertino, California-based tech giant.

Biden has resisted calls to bar registered lobbyists from his administration, a looser policy than employed by former President Barack Obama. The policy is a boon to his close adviser and sometimes lobbyist Steve Ricchetti, but also to Hogan, who converted her history of helping Biden write the Violence Against Women Act into a prime lobbying gig for the NFL as it came under fire for its handling of its own domestic violence scandal, when video of Ray Rice’s assault of his wife was published by TMZ.

The 2017 Republican tax law slashed the previous 35 percent corporate tax rate and passed a range of provisions that mostly benefited the wealthiest 1 percent. Apple stock quickly hit record highs and enriched shareholders, including 43 GOP lawmakers who championed the law while holding all sorts of individual stocks, a Center for Public Integrity analysis found. At the time, Apple had stashed at least $250 billion in profits overseas, more than any other American company. The tech giant also spent more than $7.4 million on government lobbying throughout 2017, a significant jump from previous years, disclosures showed.

Lobbying disclosures show that Hogan was one of a team of Apple lobbyists who lobbied the House, Senate, and Treasury Department on “corporate tax reform,” “international tax reform and issues related to foreign regulatory actions,” as well as “issues related to state sales tax, mobile workforce, and taxation of digital goods.” The lobbying came throughout 2017, including during the third and fourth quarter of that year, as Trump’s tax cut was being finalized and passed. For all of 2017, Apple registered spending nearly $7 million lobbying Congress and the administration directly. In 2018, still under Hogan’s guidance, the company continued lobbying on “corporate tax reform” as the law’s regulations were being implemented, increasing their spending in the first quarter of that year to $2.14 million, the documents show.

Hogan has been one of Biden’s most loyal aides, serving as an adviser to the president-elect throughout his career in the Senate and the Obama administration, first joining his Senate Judiciary Committee staff in 1991. She left the public sector at the end of Obama’s first term and went on to spend several years in the corporate world. She’s one of a handful of Silicon Valley insiders, including former Facebook executives, involved in the transition.

Hogan left Apple earlier this year to join Biden’s presidential campaign and helped select his running mate, as a member of the four-person vetting panel that ultimately picked Kamala Harris. Of the vice presidential vetting team — which included former Sen. Chris Dodd, Delaware Rep. Lisa Blunt Rochester, and Los Angeles Mayor Eric Garcetti — Hogan was the only nonpolitician. Biden’s transition hired her to its day-to-day staff in September. According to the Biden transition team, Hogan’s current role deals with “personnel” and has nothing to do with policy.

During her time at Apple, Hogan was also involved in defending Apple’s operations in China, claiming in a 2017 letter that the company promotes “fundamental rights” and ethical labor practices by enforcing a “strict supplier code of conduct with standards for safe working conditions, fair treatment of workers, and environmentally responsible practices.” The letter, sent in response to Sens. Ted Cruz and Patrick Leahy’s concerns about Apple removing virtual private network apps — which help protect users from government surveillance — from its app store, argued that the company had actually increased free expression. At the time, there were reports of Apple’s Chinese factories, which have long been criticized for poor working conditions, employing students to illegally work overtime. “We believe that our presence in China helps promote greater openness and facilitates the free flow of ideas and information,” she wrote.

Before Apple, Hogan led the NFL’s lobbying division, where she protected the league during domestic violence and concussion scandals, and helped grow it into a political machine. The NFL hired Hogan as its senior vice president of public policy and government affairs just a few days after TMZ released the Rice assault footage. Hogan’s history with the Violence Against Women Act, and the relationship she developed with the National Domestic Violence Hotline along the way, helped her defuse the situation and rehabilitate the NFL’s image. California Rep. Jackie Speier, who’s known for her work on women’s issues, noted the irony of Hogan’s trajectory in 2015, comparing her to “the mother who founded Mothers Against Drunk Driving going to work for the spirits industry.”

But Hogan wasn’t just instrumental in this public relations victory. She successfully shielded the NFL from congressional action on a number of issues, weakening Congress’s oversight abilities by ending the NFL’s tax-exempt status and fighting calls for a zero-tolerance policy on domestic assault. At a meeting with congressional staffers, Hogan reportedly explained that the league opposed the policy because “victims would be even more reluctant to come forward knowing the accusations would end their husband’s career.” When Congress started thinking about regulating fantasy football sites like FanDuel and DraftKings, Hogan led the aggressive lobbying campaign on Capitol Hill.

As chief counsel to the Senate Judiciary Committee, Hogan helped Biden draft and pass the now-infamous 1994 crime bill, specifically the “three strikes” provision, which devastated low-income communities and communities of color for decades. Biden even thanked her from the Senate floor, praising her dedication to passing the legislation.

“I want to start off and again pay tribute to the chief counsel of the Judiciary Committee, Cynthia Hogan. She is smart. She is tough.” Biden said, according to congressional record. “And you have no idea, Mr. President, how easy my job is when all I have to do is ask Cynthia Hogan. Right now, I bet you there are 25 senators who can tell me Cynthia’s office phone number without having to look it up because they are so accustomed to calling her and asking her her opinion or asking her for information, Republican as well as Democrat.”

“[Mark Gitenstein] put together this original bill with me, and Ron Klain, who is now with the Justice Department,” the Delaware senator continued. “But it was brought home by Cynthia Hogan.” (Gitenstein has also been a primary player in Biden’s transition.)

Notably, Hogan was also involved in one of the most controversial episodes of Biden’s career: The Judiciary Committee’s interrogation of Anita Hill at Justice Clarence Thomas’s 1991 confirmation hearings. She kept Angela Wright, a credible witness who could have corroborated Hill’s account of Thomas’s sexual harassment, from publicly testifying, according to a 1994 Washington Post report. After some back and forth, Hogan eventually urged Biden to enter Wright’s deposition into the written record instead of having her testify publicly — a move Biden later said could have changed history. Last year, Hogan expressed regret over the decision. “I feel I gave Senator Biden bad advice,” she said. “I told him I thought it was better than having her testify live. I have felt bad about this for years.”