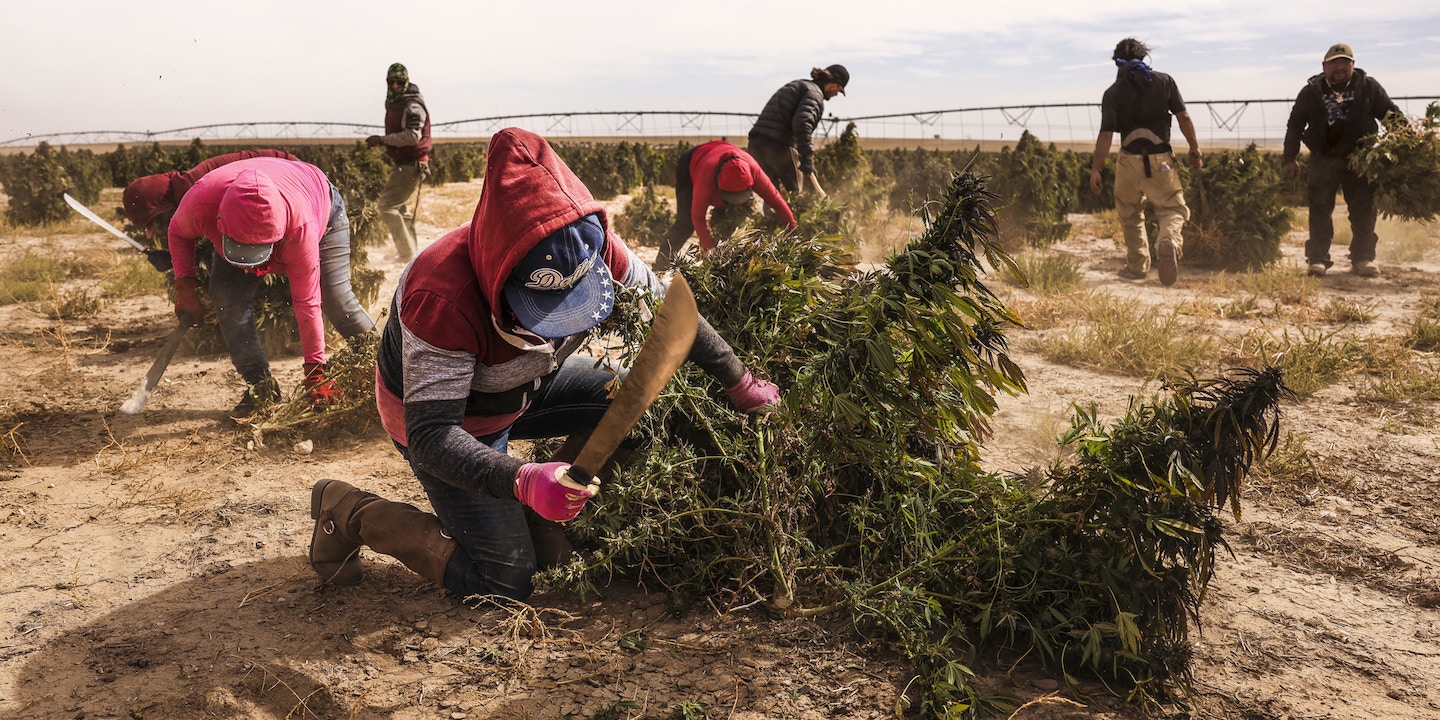 In 2019, American police made 545,602 arrests for marijuana alone, according to data collected by the FBI. By contrast, just 495,871 arrests were made for violent crime. Black Americans were 3.64 times more likely to be arrested for marijuana, despite very similar usage rates between Black and white Americans.

Some of this yawning inequity could be addressed on day one of a Biden administration, if the new president directs his health and human services secretary and U.S. attorney general to reclassify marijuana away from Schedule I, the tightest federal drug category which, in addition to marijuana, includes heroin and LSD. President-elect Joe Biden could also choose to use his clemency and pardon powers to transform the lives of those convicted on marijuana charges.

The House of Representatives today sent a clear message that they want Biden to take action without delay by passing the Marijuana Opportunity Reinvestment and Expungement Act. The MORE Act, which the House approved 228 to 164, would remove marijuana entirely from the Controlled Substances Act (thus eliminating the need for rescheduling), facilitate expungements on the federal level and create incentives for state and local governments to do so as well, allow Veterans Affairs doctors to prescribe medicinal marijuana, and remove the threat of deportation for immigrants without citizenship, according to a fact sheet from the National Organization for the Reform of Marijuana Laws. 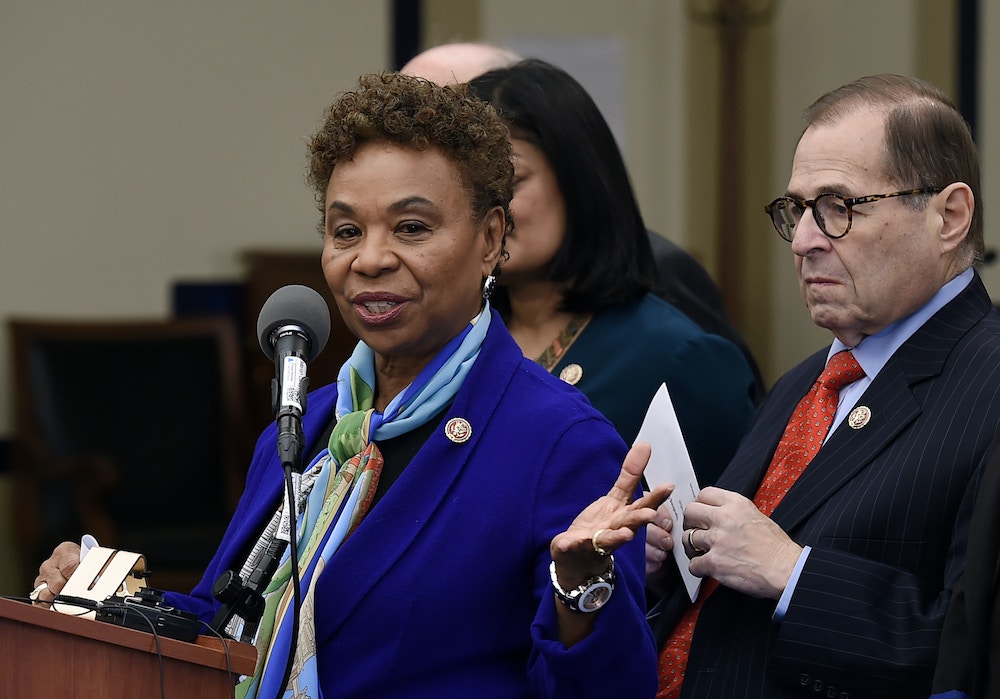 In another sign of how far the movement has come, the top Democrat in the Senate, Minority Leader Chuck Schumer of New York, immediately lauded passage of the House bill and pushed the Senate to follow suit. “For too long, draconian marijuana laws have contributed to racial inequality,” said Schumer. “These bills are part of a broader movement to address inequities in criminal justice, business and more. Today’s bipartisan vote shows just how far that movement has come. I am encourage by the action the House has taken and I encourage my colleagues in the Senate to support these efforts as well.”

But the measure faces long odds in the Senate. Even if Democrats win the two Georgia Senate seats in the January runoff elections, West Virginia Sen. Joe Manchin has pledged to keep the filibuster in place, which would require 60 votes to pass the measure in the Senate. The effect of the MORE Act vote, insiders say, is to put pressure on the Biden administration to take executive action to limit the war on drugs, a war whose chief advocate in the Senate for many years was Biden himself.

“For decades, Biden was a senator and led the charge to implement harsh and punitive drug laws during his time as [Senate] judiciary chairman,” from 1987 to 1995, said Tom Angell, the editor of Marijuana Moment, a publication focusing on marijuana policy. “During his 2020 presidential campaign, he started to evolve his position; he called for decriminalizing possession and expunging past records. That’s one reason why it’s important for Congress to pass a bill like this: The vast majority of Democrats want to see this done. The hope among advocates is that it will help speed his evolution to embracing legalization.”

Biden could immediately take administrative steps to decriminalize marijuana. Marijuana’s classification as Schedule I makes research very difficult. One of the principal areas in which further research is needed is marijuana’s painkilling properties, as it is nearly impossible to fatally overdose on marijuana. There were, however, over 50,000 opioid overdose deaths in 2019. In 2016, the now-bankrupt opioid manufacturer Insys Therapeutics donated $500,000 to successfully stop marijuana legalization in Arizona. In a 2019 op-ed, bill sponsor Rep. Earl Blumenauer, D-Ore., made this connection explicit, writing, “The federal government must get out of the way of science, and allow for the American people to access the information necessary to treat pain and potentially save lives, especially as the opioid epidemic is ravaging our communities.”

Biden also can use his pardon power to respond to advocates’ demands. “The president has the unitary authority to grant acts of clemency, including for those convicted under many of the laws Biden championed in the Senate,” said Angell. “He said on the campaign trail that his work on drug issues was a ‘mistake.’ If he believes that, he has the power to rectify that even if Mitch McConnell is a roadblock to the MORE Act’s passage.” Two Democratic governors, Jay Inslee of Washington and Jared Polis of Colorado, have issued broad clemencies to those convicted for minor marijuana crimes, though other Democratic governors have not followed suit.

Even if Republicans win control of the House and Senate in 2022, advocates could have another go at legalization by attaching it to the must-pass farm bill in 2023. The farm bill, which governs all agricultural policy and funding frameworks in the country for a four-to-five year period, legalized industrial hemp in 2014. As marijuana and hemp are the same plant with varying levels of THC, Congress could simply increase the THC threshold in the bill, argued Jim Higdon, the proprietor of Kentucky-based Cornbread Hemp and author of a book about the Cornbread Mafia. “The only thing keeping marijuana illegal is the one line in the farm bill,” said Higdon. “Cannabis activists can increase the threshold of the THC level or eliminate it entirely and then all cannabis is understood under the federal law to be legal.”

“The American people have made their feelings known — over 30 states have some form of legal cannabis,” Rep. Barbara Lee, D-Calif., told the cannabis media outlet Fresh Toast in November. “This is not a taboo issue anymore. The more members of Congress take into account the overwhelming popularity on this issue, there won’t be many ‘fence sitters.’ This is a common sense issue of racial justice that will be solved once and for all soon enough.”